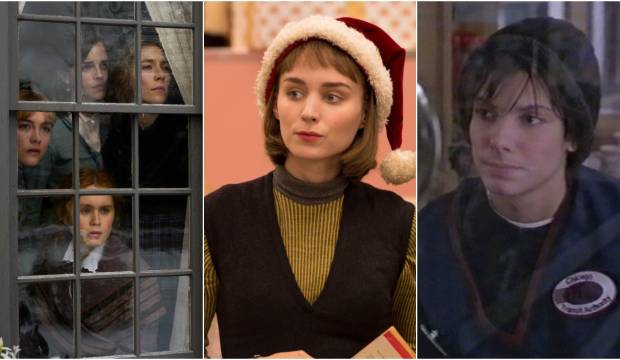 From Sandra Bullock at her finest, to a Kiwi-shot horror, one of these just might become your new festive favourite.

Need a holiday from The Holiday? Keen for a Die Hard-free festive diet? Think it’s time to pole-axe The Polar Express?

Well, if you’re tired of the same old Christmas movies being served up in your household, out of tradition, the need for familiarity, or because you can only agree on what’s on free-to-air TV, then Stuff to Watch has a batch of fresh options for you.

No, it’s not the latest dumping of Hallmark or Netflix festive fare, but rather an alternative selection of 12 tried-and-tested greats (and where you can watch them) whose connections with the season range from full-on tinsel-infusion to the more tenuous.

READ MORE:
* The worst movies of 2021
* Winona Forever: As she hits 50, here are 10 of her best screen performances
* Lockdown viewing: The best movie musicals of all time (& where you can watch them)
* Why I love a good ghost story at Christmas

For all his star dramatic turns and acclaimed work with the likes of the Coen Brothers, it’s this acerbic, very adult 2003 black comedy that Billy Bob Thornton is most associated with.

He plays misanthropic and alcoholic conman Willie T. Stokes, who uses his position as a mall Santa to help him stage an audacious heist. However, it might only take one young believer to make him reconsider his life choices.

Like The Empire Strikes Back and Spider-Man 2, Tim Burton’s second, 1992 stab at the Dark Knight is one of the greatest blockbuster sequels of all time.

This time around, Michael Keaton’s complicated caped crusader is up against the alter egos of both Danny DeVito’s Christmas Day-born Oswald Cobblepot and Michelle Pfeiffer’s Selina Kyle and not battling Prince’s soundtrack for top billing.

Todd Haynes’ sumptuous 2016 adaptation of Patricia Highsmith’s 1952 novel The Price of Salt focuses on Manhattan “shopgirl” Therese Belivet (Rooney Mara), whose life is turned upside down after she locks eyes with the older, more refined Carol Aird (Cate Blanchett) across a crowded Xmas Sales floor at her department store Frankenberg’s.

Carter Burwell’s evocative soundtrack and some bravura cinematography – which makes the mundane seem luminous – ensure Carol is a cineaste’s delight.

A blonde-barneted Winona Ryder plays the object of Johnny Depp’s disfigured scientific-creation’s affections in Tim Burton’s winsome, whimsical 1990 tale. As he struggles to find his place in society, he discovers a talent for topiary and ice-sculpturing.

Smart, sassy, sensitive and sensationally good, Clea DuVall’s 2020 tale combines a light touch with some weighty dramedy and what feels like a realistic look at modern relationships (even if it is essentially a wintery update of The Birdcage for the Insta-generation).

Of course, it also helps that the ensemble is so good. Kristen Stewart has never been more charismatic, while Mackenzie Davis builds on her brilliant turns in both Tully and Irresistible and Aubrey Plaza, Mary Holland and Schitt’s Creek’s Dan Levy battle it out for the title of scene-stealing MVP.

New Zealand must be about the only country in the world that doesn’t screen this 1946 holiday season staple on network television every year, which is why you should get use your library card and stream it right now.

He plays a flamboyant private detective hired to give Downey Jr.’s troubled actor some tips for his next potential role. Things change though, when the pair witness some very real criminal activity.

Shot in Wellington and featuring a score performed by our own New Zealand Symphony Orchestra, this festive tale is about as American as pumpkin pie. And like that savoury dessert, it’s unsure of whether it wants to be sickly sweet or eye-wateringly tart.

There are moments where writer-director Michael Dougherty’s 2015 film reminds you of the best of the genre, like Gremlins or Tremors, as the Toni Collette, David Koechner and Adam Scott and others endure the ultimate home invasion.

This eighth cinematic adaptation of Louisa May Alcott’s much-loved 1868 novel might initially come as something of shock to purists, but the result is a bold, bubbly and bravura retelling that makes this classic tale timely as well as thrilling.

Writer-director Greta Gerwig manages to seamlessly splice contemporary concerns, while still evoking the sights and sounds of late-1860s America. However, her real ace is her cast. Eliza Scanlen, Emma Watson, Florence Pugh and Saoirse Ronan (ironically an Australian, two Brits and an Irishwoman) really are a magnificent quartet.

The darkest and gleefully funniest Christmas movie since Gremlins, this 2010 Finnish fantasy horror follows the fallout after Santa Claus is unearthed in an archaeological dig just across the border in Russia. Children begin disappearing, leading one boy and his hunter father to take action.

However, now that he’s back, Santa’s Elves are determined that their former leader must remain at large.

Originally pitched as a project for Richard Pryor and Gene Wilder, Eddie Murphy and Dan Aykroyd star in this Oscar-nominated 1983 comedy about a snobbish investor and a wily street con-artist who find their positions reversed as part of a bet by two callous millionaires.

Inspired by writer Timothy Harris’ regular “wealthy, but frugal” tennis opponents, who he described as “awful” human beings. Praised for being both a revival of the socially conscious screwball comedy of the late 1930s and showcase for the brilliance of Murphy.

While You Were Sleeping (Disney+)

Sandra Bullock is at her winsome and witty best in this 1995 romantic-comedy about a Chicago transit worker who narrowly saves the object of her affection (Peter Gallagher) from being hit by a train, only to be mistaken by his family for his fiancee, while he remains in a coma.

However, his brother Jack (Bill Pullman) isn’t quite so convinced of her story and importance in his sibling’s life. 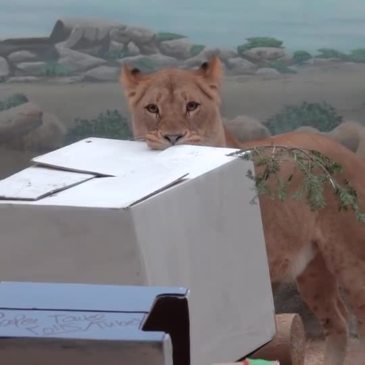