Inside the race to ‘fill the sky’ with satellites

A new era of internet connectivity.

Meanwhile, British company OneWeb has launched nearly 150 satellites, with plans for another 6,000. And Amazon intends to launch an additional 3,000 satellites into multiple orbits.

The satellites are in “low Earth orbit” at an altitude of about 550 kilometres.

Since 2018, the Starlink project, run by Elon Musk’s SpaceX, has launched about 1,700 satellites into low Earth orbit. The company plans to launch another 30,000 over the next decade.

Starlink claims the network is already servicing more than 30 countries with high-speed internet, including the United States, parts of Australia and most of the United Kingdom.

There are about 2,500 Starlink satellites in orbit, with plans to eventually create a “constellation” of 42,000.

Beyond internet, however, Starlink and a number of other satellite network providers are also in a race to establish an international mobile phone service connection.

Earlier this month, Starlink launched one of its Falcon 9 rockets for the 14th time, sending another 34 Starlink satellites into lower Earth orbit.

The same rocket also carried a very different payload into orbit – a satellite called the BlueWalker 3.

It’s the largest commercial antenna array ever launched into space.

For now, satellite-to-phone connections still require special dedicated handsets, such as through the Iridium network. Iridium provides satellite phone services via its 66 satellites in orbit.

In August, he announced a partnership between Starlink and US telecommunication provider T-Mobile. in a move that will link mobile users directly to Starlink satellites.

The service is expected to launch in beta phase by the end of 2023, pending the deployment of second-generation Starlink satellites with larger antennas.

However, at this stage it’s only intended as a connection of “last resort”, providing coverage for rescue and emergency services in areas currently without coverage.

These announcements come around the same time as the launch of Apple’s iPhone 14 – the first regular smartphone to allow direct satellite connectivity.

From November, iPhone 14 users will be able to send short SOS messages where no other connection is available. The connection, which uses the Globalstar satellite network, will rely on access to clear skies and may not be available at all times and in all locations.

Moreover, all of these arrangements will involve working out the complicated allocation of mobile phone spectrum licences across the world.

Starlink is lobbying to prevent changes to the allocation of the 12GHz spectrum in the US.

Last year, the US Federal Communications Commission proposed opening up the 12GHz frequency band (currently used for space-based services) for more widespread use on Earth for 5G mobile connection.

Starlink satellites use this band to communicate data to the ground, so this change would lead to significant interference in its services.

In Australia, Starlink has been given operating licenses for available 5G spectrums.

With some exceptions, such as mobile homes, their service is locked to a single location where their satellite dish is placed.

In June, the US Federal Communications Commission granted Starlink a licence to operate in moving vehicles, including cars, boats, planes and trucks.

SpaceX is also in negotiation with several commercial airlines regarding its internet service, which will be installed on Hawaiian Airlines flights beginning next year.

Subject to licensing approvals, the Starlink network will also provide internet for its Tesla vehicles – with emergency phone connection only available in the US.

There are no clues as to when such a rollout may happen here.

Yet, with the speed at which these developments are occurring, it seems likely Australians will get access to satellite-to-phone connections sooner rather than later – subject to the necessary licensing approvals.

Despite these rapid plans by Starlink and others to ‘transition’ the world into a new era of internet connectivity, the it does not come without some risks and concerns.

People across the world began noticing streaks across our skies not long after the first Starlink launch in May 2019. They were unlike anything anyone had seen before.

Astronomers are very used to viewing the sky and dealing with interference, often originating from aircraft or the occasional satellite.

However, the goal of mega-constellations is to engulf the entire planet, leaving no place untouched.

Mega-constellations alter our collective view of the stars.

And there is currently no known way to remove them.

One mega-constellation has been observed to produce up to 19 parallel streaks across the sky.

These streaks disturb astronomical observations, and a significant amount of data can be lost as a result.

Further research on the impacts of mega-constellations have found that as they orbit Earth, the Sun’s rays are reflected off them and scattered into the atmosphere.

The authors of that study conclude we are collectively experiencing a new type of “skyglow” as a result: a phenomenon in which the brightness of the sky increases due to human-made light pollution.

The increase in orbit activity also runs the risk of more debris falling from the skies, such as recent stories of SpaceX equipment falling into a Western Australian backyard.

If this continues, in just a few decades, there will be no observable sky left — except for satellites.

Many critics of this plan are concerned about the congestion and light pollution that will arise due to the deployment of so many satellites.

The BlueWalker 3, at 64 square metres, has only added to these concerns.

The size of the new satellites are becoming bigger, with existing devices in the sky already a source of trouble for astronomers and indigenous cultures in Australia (and across the world).

The more that are deployed, and the larger in size they get, the more these issues will persist.

Not to mention the concerns raised with 5G and mass surveillance, with researchers stating the power of these types of networks will allow “unparalleled” capabilities.

A new world of connectivity is coming like never before, with the eventual plan to connect all humans themselves to this emerging dystopian grid.

Will they be allowed to achieve their visions? 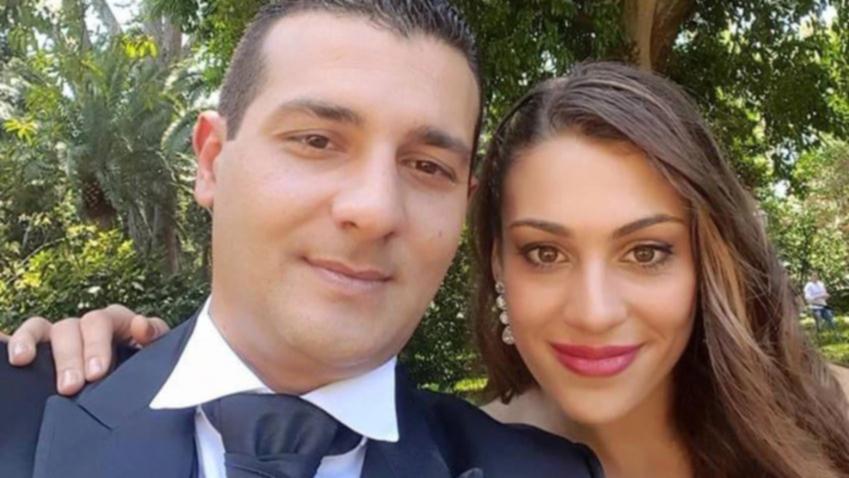