An incident that saw one man shot dead and two others injured with a machete wasn’t a random attack, police detective inspector Scott Beard says.

The fatal shooting of a man in Auckland’s Mt Roskill was “not a random attack”, police say.

Two armed offenders entered a house on Glass Rd with a firearm and a machete about 9.30pm on Thursday, detective inspector Scott Beard said at a press conference on Friday.

An altercation took place with those inside and a 23-year-old man was shot. He died at the scene.

“We’re working with the whānau to support them in a tragic time that is Christmas,” Beard said.


Two other men at the house – one in their 50s and the other in their 30s – received “significant injuries to their arms believed to have been caused by the machete”.

They were taken to hospital and were in a stable condition on Friday.

Do you know more? Email newstips@stuff.co.nz

Another person who was at the property and was not injured was helping police with the investigation.

Beard said the offenders fled the scene on foot and had not yet been found. He was hoping the public would help police find them “as quickly as possible”.

“We know they had a firearm at the scene, so we have to assume that they are armed.”

He added while the offenders’ motive was not clear, it appeared it was a “targeted” attack.

“It’s not a random attack, they seemed to have known the people [at the property].”

Additional police patrols had been sent to the area for reassurance. They had access to firearms, but were not “generally armed”.

“We just want to reassure the local Mt Roskill community that we are aware that this can be traumatic for them and scary, so we have a number of extra patrols in the area.”

If there were any issues, members of the community were encouraged to call police: “We’ll be there”.

Armed police remained at the Kāinga Ora-owned house on Friday morning for a scene examination, and part of the road had been cordoned off. Police forensics arrived at the scene just after 9.30am.

A post-mortem examination would take place on Christmas Day.

Neighbours who spoke to a Stuff reporter at the scene described hearing a dog continuously bark and the Eagle helicopter arriving about 9.30pm and flying low over the area for a long time.

One resident said a middle-aged man lived at the property and disputes at the house were common. He said he often saw people “fighting with sticks”.

Residents described people often coming and going from the house.

Another neighbour said animal management arrived on Thursday night following the shooting and took away a dog called Hazel. She described the dog as a guard dog for the property.

A third neighbour said: “I didn’t know Christmas was going to start like this.”

Anyone with information about the shooting, or who saw suspicious activity around the Glass Rd area is urged to contact police on 105, quoting file number 211224/4140, or call Crime Stoppers anonymously on 0800 555 111. 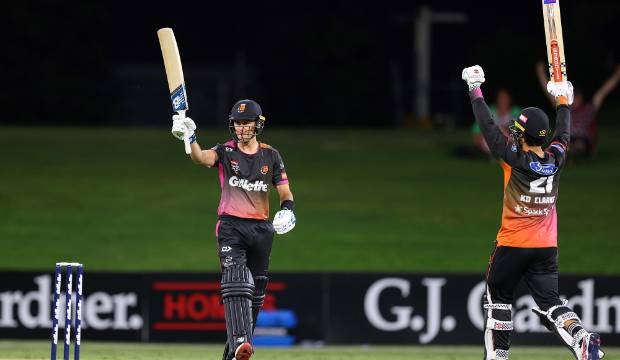