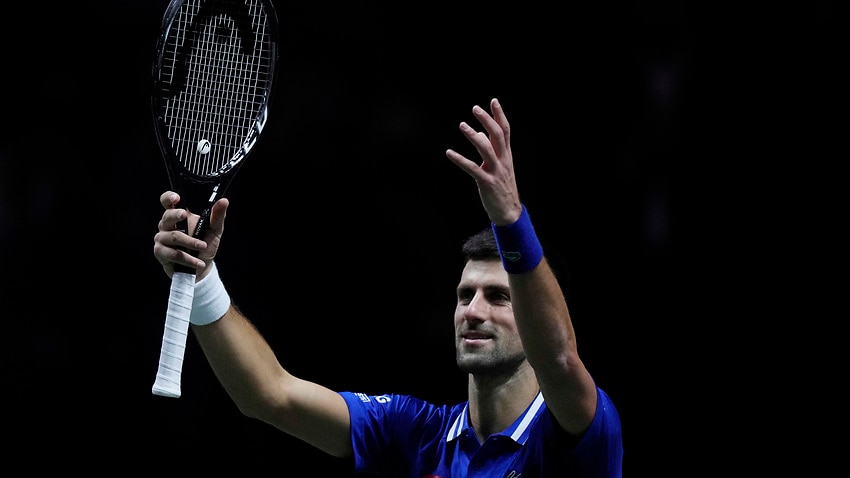 It came after a huge public backlash to Tuesday’s announcement by Djokovic that he’d received a vaccination exemption to allow him to play in the 2022 Australian Open.

Prime Minister Scott Morrison said on Wednesday, however, the Serbian star would have to satisfy the federal government, which has responsibility for international visas and was not part of the exemption process.

And when he arrived at Melbourne airport, Djokovic was held up because of a visa error.

On Thursday morning, the Australian Border Force confirmed Djokovic “failed to provide appropriate evidence to meet the entry requirements to Australia” and his visa had been cancelled.

“Non-citizens who do not hold a valid visa on entry or who have had their visa cancelled will be detained and removed from Australia,” the ABF said in a statement.

Djokovic is reportedly set to file an injunction to stop the deportation.

Mr Djokovic’s visa has been cancelled. Rules are rules, especially when it comes to our borders. No one is above these rules. Our strong border policies have been critical to Australia having one of the lowest death rates in the world from COVID, we are continuing to be vigilant.

Following the news, Mr Morrison tweeted: “rules are rules, especially when it comes to our borders”.

“No one is above these rules. Our strong border policies have been critical to Australia having one of the lowest death rates in the world from COVID, we are continuing to be vigilant,” he wrote.

Since 15 December, fully vaccinated eligible visa holders can arrive in Australia without needing to apply for a travel exemption and can travel to eligible states and territories without having to quarantine.

But if a person is not vaccinated, they must provide proof they cannot be vaccinated for medical reasons or be turned away.

It’s not known if Djokovic, who has previously spoken out against vaccines, has received a COVID-19 jab.

Shortly before it was confirmed his visa was cancelled, Djokovic’s father Srdjan told the Serbian B92 internet portal: “Novak is currently in a room which no one can enter. In front of the room are two policemen.”

Serbian President Aleksandar Vucic had released a statement saying he had offered support to the tennis champ.

“I told our Novak that the whole of Serbia is with him and that our bodies are doing everything to see that the harassment of the world’s best tennis player is brought to an end immediately,” he said.

There were growing calls on Wednesday for Djokovic to clear up any doubts over the reasons for why he’d been given the exemption.

Australian tennis great Rod Laver, fearing that Djokovic’s participation on the court named after him at Melbourne Park could see passions running high, wants the Serb to open up.

“I think it might get ugly. I’d think the Victorian people would be thinking, ‘Yes I’d love to see him play and compete but at the same time, there’s a right way and a wrong way’.

“If he’s got a reason for (the exemption) then … we should know it.”

Discussion: The COVID-induced inversion of reality

Forced off TV, have the Golden Globes lost their luster?