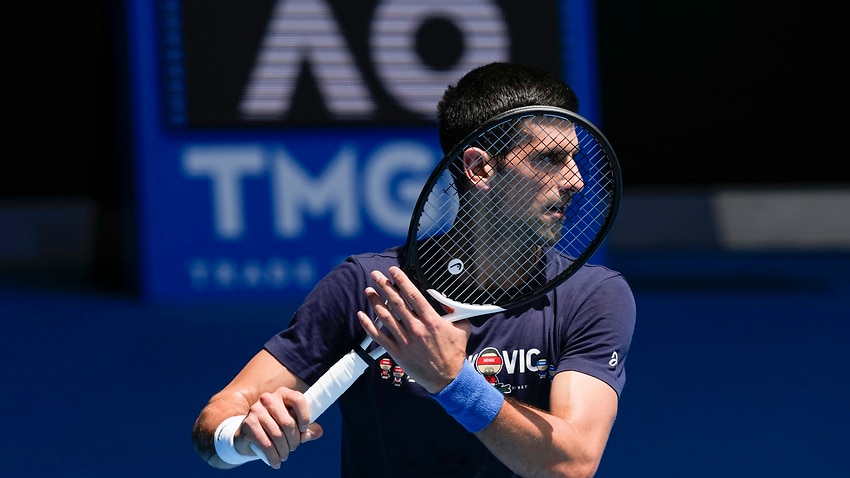 It will be heard by a full court comprised of Justice O’Callaghan, Chief Justice James Allsop and Justice Anthony Besanko, the Federal Court announced on Saturday afternoon.

Djokovic lawyer Paul Holdensen had requested a full court of three judges, rather than a single judge, hear the appeal on Sunday.

Government lawyer Stephen Lloyd said the government was opposed to a full court referral. He also requested a live transcript of Sunday’s hearing.

The hearing will be live streamed.

Going straight to the three judges means the decision cannot be later appealed to the full bench.

As part of a court order made by Federal Circuit Court Judge Anthony Kelly on Friday, Djokovic attended a meeting with immigration officials on Saturday morning.

There are currently 32 asylum seekers and refugees detained at Park Hotel.

Many of the men at the facility have been in Australia’s immigration system for nearly a decade and have not been allowed to leave detention centres during legal battles.

A fire broke out at the facility in recent weeks and detainees have reported being given meals with maggots and mould to eat.  It’s also been the site of a COVID-19 outbreak, where half of the detainees and around 20 staff became infected.

Djokovic, who is unvaccinated against COVID-19, arrived in the country last Thursday for the Australian Open, when he was detained by border officials and had his visa cancelled.

Australia’s pandemic response has included an insistence a visa holder must be double-vaccinated or show acceptable proof they cannot be vaccinated to enter quarantine-free.

While the first cancellation was later overturned by a federal court on fairness grounds, Djokovic was faced with uncertainty over his future in the Australian Open with the possibility of a second visa cancellation from the immigration minister.

In court documents uploaded online on Saturday, it was revealed Mr Hawke cancelled Djokovic’s visa for the second time as he believed the tennis star’s presence in Australia may “foster anti-vaccination sentiment” and “civil unrest”.

“I consider that Mr Djokovic’s ongoing presence in Australia may lead to an increase in anti-vaccination sentiment generated in the Australian community, potentially leading to an increase in civil unrest of the kind previously experienced in Australia with rallies and protests which may themselves be a source of community transmission,” he said.

“I am concerned that his presence in Australia, given his well-known stance on vaccination, creates a risk of strengthening the anti-vaccination sentiment of a minority of the Australian community,” he said.

Mr Hawke also noted Djokovic’s “apparent disregard” for the need to isolate after testing positive. The Serbian has admitted to attending an interview and photoshoot in the days after contracting the virus last month.

Djokovic’s lawyers, however, said the minister was “patently irrational” in not considering that kicking the tennis star out of the country would also excite the same anti-vaccination sentiments.

They also said Mr Hawke “cited no evidence” to support the idea Djokovic’s presence in Australia could foster anti-vaccination sentiment.

They said they will also argue it was not open to the minister to make findings that Djokovic had a “well-known stance on vaccination”.

They said the finding was based on statements made by Djokovic in 2020 and that the minister did not seek Djokovic’s current views on vaccination.

The Australian Open begins on Monday, with Djokovic looking to secure his 10th title at the event.

Djokovic was named in the draw on Thursday, where he is slated to face Serbian compatriot Miomir Kecmanovic. It’s Not a Lockdown