Oh what a Webb they wove, but Hubble’s heir to the universe should be worth the wait 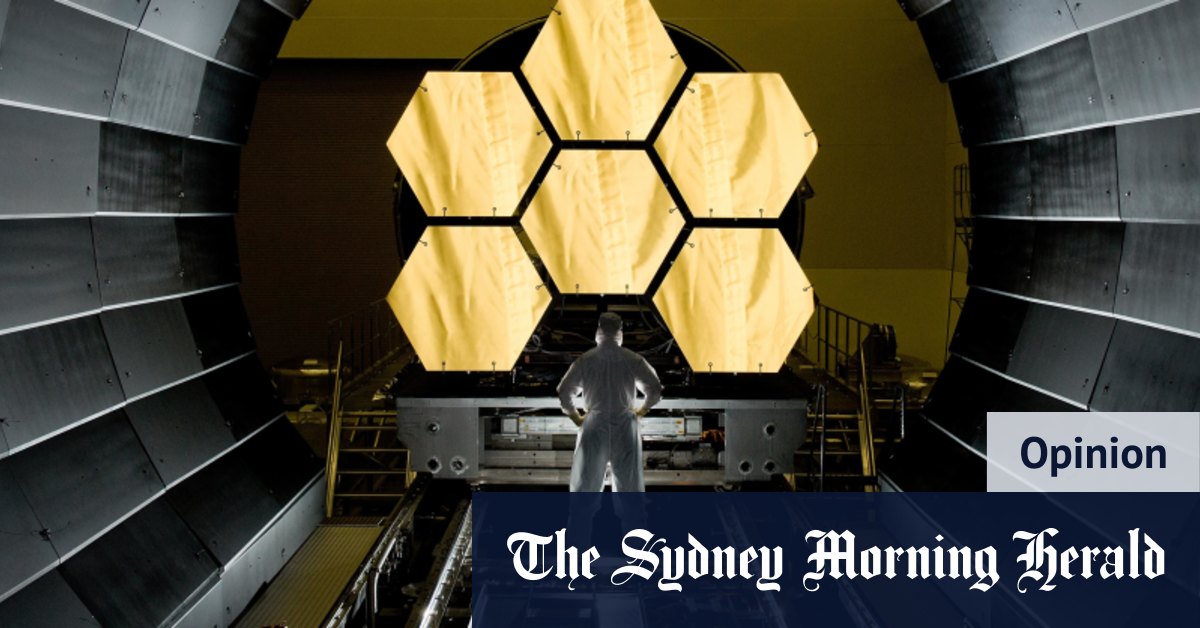 Oh what a Webb they wove, but Hubble’s heir to the universe should be worth the wait

Barring yet another last-minute hitch (of which there have been many), at 11.20 Christmas night, AEDT, NASA will finally attempt to launch Hubble’s enormous successor, the James Webb Space Telescope.

Originally approved in 1996 with a budget of $US500 million, and scheduled to fly in 2007, it has at last been put on top of a European Ariane 5 rocket in French Guiana, South America, with a price tag of more than $US10 billion. To say that astronomers and engineers are on the edge of their seats is to wildly understate what’s at stake here. This is the ultimate one-shot deal.

Unlike the Hubble, which NASA managed to repair in 1993 by sending shuttle astronauts to fix its dodgy optics, the JWST will be in an orbit more than a million kilometres away, so if something goes wrong, that’s $10 billion dollars and 25 years wasted on a useless telescope floating around for eternity. It will be simply too far away for any possibility of repair.

Then again, if it works, it will be the finest telescope ever built, and revolutionise astronomy.

The hurdles and controversy have not been purely technical or budgetary. Earlier this year hundreds of scientists and academics called for the telescope to be renamed. James Webb was NASA’s administrator in the heady days of the 1960s, and the telescope was named after him by his successor (such things are usually named after astronomers), and now it appears that Webb was deeply homophobic and is thought to have ruined the careers of several senior NASA staff during his tenure due to his loathing of gays.

But even scathing editorials in Scientific American and Nature failed to sway NASA, and with the countdown well under way, it’s a little late in the day to change the name now.

Nonetheless, NASA has named its next two space telescope missions after pioneering female astronomers, one black, a notion that would have seemed bizarre to James Webb in the ’60s.

But whatever the thing is called, if this remarkable machine finally gets off the ground, makes its way into position four times further away than the moon, and manages to unfold the 18 segments of its 6.5-metre mirror with the required nanometre precision, it will be a triumph.

And if $10 billion seems like a lot of money to spend on a fancy telescope, well, that’s over 25 years. This year alone, the United States will have spent more than $700 billion on defence, not a cent of which will teach us anything about the nature of the universe.

Pat Sheil is a Sydney journalist and author. The launch of the JWST can be seen live online at NASA TV from 10pm, AEST, Christmas Day.

Why fortress WA could hinder election

‘Stand Up!’: Australians REJECT the ‘new normal’ with marches across the country