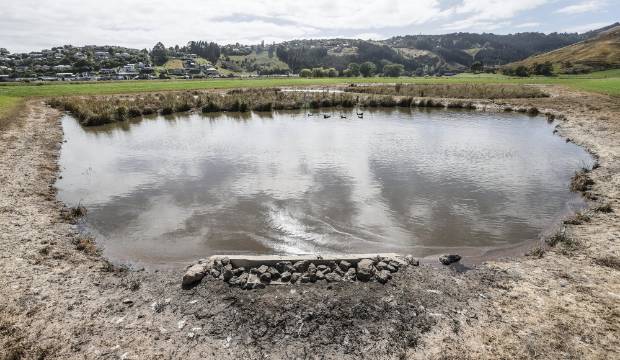 Residents in a south Christchurch suburb are putting up with an unpleasant stink caused by recent heavy rain that battered the city.

The Christchurch City Council has received nine complaints since Wednesday about a smell in the Cracroft area.

The council’s head of three waters and waste, Helen Beaumont, said the smell was coming from stormwater basins in Cracroft, between Long Acre Drive and McVicar Drive.

Beaumont said there was still water ponding in the basins following last week’s heavy rain, when Christchurch was drenched with 75 millimetre in one night, nearly twice the city’s usual monthly total.

READ MORE:
* All Christchurch roads reopen after flooding, Banks Peninsula faces clean up
* ‘It got a bit freaky there for a bit’: Roads still closed, but heavy rain warnings ease
* Evacuations, slips and roads closed despite less rain than feared for Canterbury


The rain, along with the draining of the stormwater basins, has stirred up “organic material” in the basins, Beaumont said.

Recent hot weather then led to the breakdown of this material, which was generating the stink that residents had been reporting, Beaumont said.

“While the odour is not pleasant, there are no health concerns at this stage.

“We would recommend that dogs should be controlled and do not enter the water in the basins.”

Beaumont expected the smell would improve as the water in the basins drained away, and the bottom dried out.

She did not give a timeframe to indicate how long this might take.

Beaumont said the water in the stormwater basins had been tested, and no sewage had been detected.

A Cracroft resident, who did not want to be named, said he first noticed the “awful” smell after last week’s heavy rain.

The smell went through his house when he had windows open in the evening due to the recent heat, he said.

The resident said he had lived in the area for more than 10 years and there had never been a smell like this.

“I’ve never smelt that smell before, so I don’t know what it is.”

Another resident said the smell was disgusting, and they could not spend time in their garden or keep windows open.

Forced off TV, have the Golden Globes lost their luster?

‘Body got a shock’: Osaka pulls out of Australian Open warm up