Unlicensed Vendors In The Bronx Accused Of Taking Over Sidewalks, Taking Business Away From Stores NEW YORK (CBSNewYork) — A battle for business is heating up in the Bronx where unlicensed vendors are being accused of taking over sidewalks, bus stops and even crosswalks.

The vendors say they’re desperate to make a living, but businesses say it’s making it impossible for them to make money.

Tax-free masks, jewelry, soaps and even toothpaste — it’s all available from vendors who take up the sidewalk along Fordham Road near the Grand Concourse.

Some have even taken over bus stops.

In June, police say there was even a shooting in the area stemming from a dispute with a vendor, and someone not involved was hit in the arm.

Alonso says there are 230 storefronts, but in the last few weeks, she says unlicensed vendors significantly outnumber them.

“We give them our prices and they don’t like it because they’re like, ‘Well, we can buy it elsewhere for $15,’” employee Ali Santamaria said.

The mayor has made the Department of Consumer and Worker Protection the lead enforcement agency for unlicensed vending, but because agents cannot ask for ID, Alonso says tickets were recently issued to John and Jane Doe.

“If it doesn’t work, it’s appropriate to bring in the NYPD to take the next level of enforcement, and that’s what we’re going to do,” Mayor Bill de Blasio said.

Hours later, Alonso says the DCWP was joined by NYPD in asking vendors to leave, but that doesn’t mean they won’t be back in the morning.

“We understand that they are part of the fabric of New York City, but we have to coexist,” Alonso said.

She would like to see them set up at Fordham Plaza.

The Street Vendor Project held a rally last week saying the city should legalize street vending because the city isn’t offering any new licenses and most vendors are people who lost jobs due to the pandemic.

“Every minute, we watch our back,” jewelry vendor Ahmed Maksud said. “The major thing is a ticket. Other things out there, stabbed, robbery.”

“Folks who are selling food and merchandise are not committing any crime by becoming entrepreneurs,” said Carina Kaufman-Gutierrez, deputy director of the Street Vendor Project.

For now, the city says it’ll hire more inspectors, but some wonder if it’s just a temporary solution to a growing problem.

The Street Vendor Project adds there are food vendor permits available, but the process isn’t accessible for non-English speakers and those without a computer. 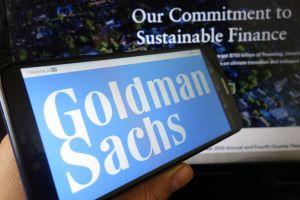