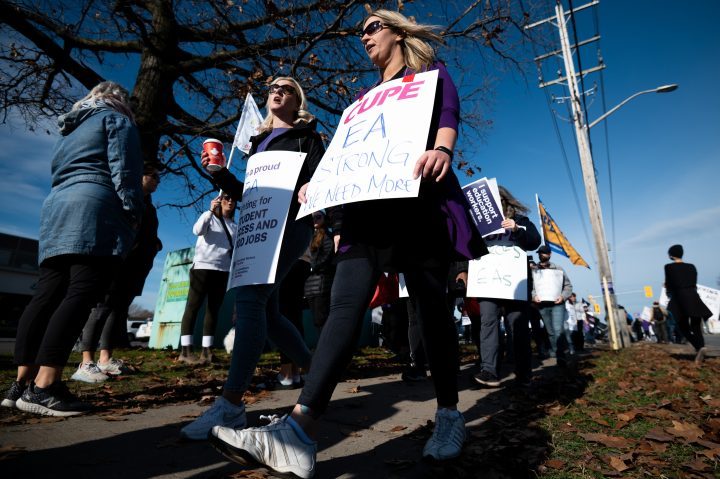 The 55,000 Ontario education workers who walked off the job for two days at the start of November will be paid in full for the days they missed and not face any disciplinary action, government and union officials have confirmed.

On Nov. 5 and Nov. 7, Canadian Union of Public Employees (CUPE) education workers hit picket lines across Ontario in what the union termed a “political protest” against provincial legislation.

Generally, two days of strike action would result in no pay from school boards to union members.

However, as part of a tentative deal agreed to by CUPE and the province, education workers will still receive pay for the days of work they missed.

“Your bargaining committee managed to secure repayment for the two days of political protest you were forced to undertake as a result of Bill 28,” CUPE’s national president and secretary-treasurer said in a letter to members.

The information was confirmed to Global News by a senior government source who said workers would be paid for both the Friday and Monday they missed.

The stance — in which workers will be paid for the two days they were effectively on strike — is in stark contrast to the Ford government’s original position.

Bill 28, which briefly imposed a contract on CUPE workers and outlawed their strike, was drafted to include fines of up to $4,000 for individuals found guilty of breaking its anti-strike rules.

That legislation was first tabled by the province at the end of October after CUPE served a five-day strike notice and tensions dramatically escalated.

The standoff was paused when CUPE workers returned to schools on Nov. 8 in exchange for the Ford government scrapping the legislation, which critics called “draconian.”

Tensions flared again in the run-up to Sunday, Nov. 20, when CUPE was set to either agree a deal with the provincial government or walk out en masse again.

A tentative deal was struck and announced at the 11th hour, on which members begin voting on Thursday.

While the province internally suggested it was never likely to fine individual workers, government lawyers spent the first weekend of November thrashing out the technicalities of what constitutes a strike versus a political protest at the Ontario Labour Relations Board.

In a hearing, for which a judgment was never rendered, the province sought to have CUPE’s walkout declared illegal, which could have paved the way for further action.

Now, the government appears to have accepted the union’s argument its members were on political protest — not strike — and will not press to dock pay and benefits for work missed.

“There shall be no reprisals for any CUPE member who participated in the Political Protest November 4-7, 2022,” an internal union summary of the memorandum of settlement with the government, seen by Global News, says.

The presentation stipulates there will be “no loss of pay, benefits, seniority or continuous service” as a result of the political protest.

Any disciplinary action will be withdrawn.

In addition to receiving pay for the two days of political protest, union officials said members would keep the strike pay they received. 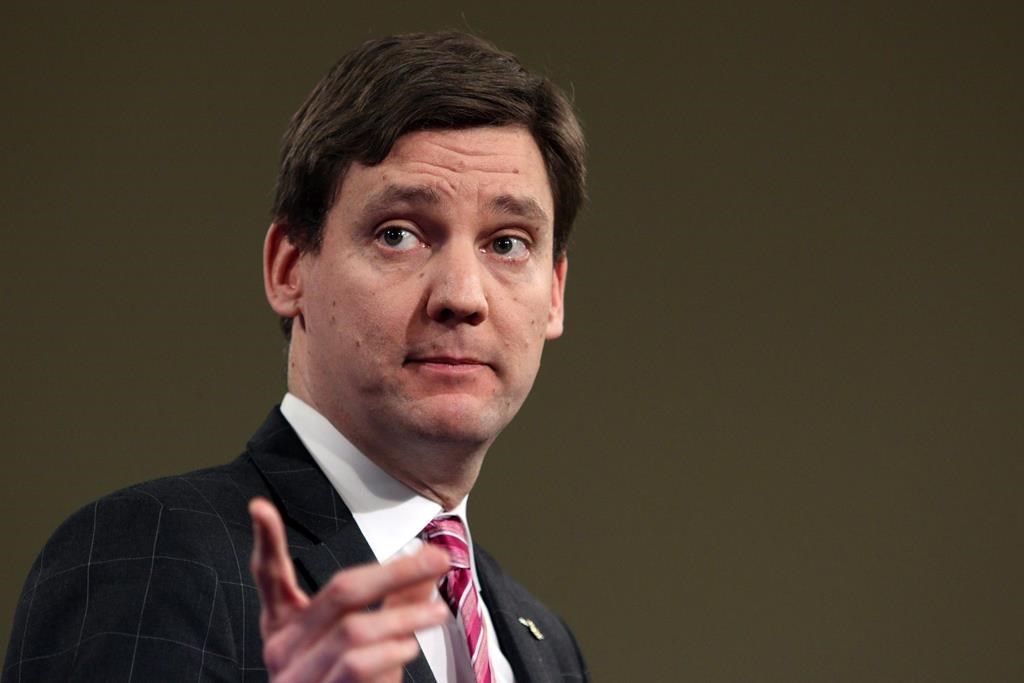 Opposition questions spending as Eby pledges $1.2B in first week 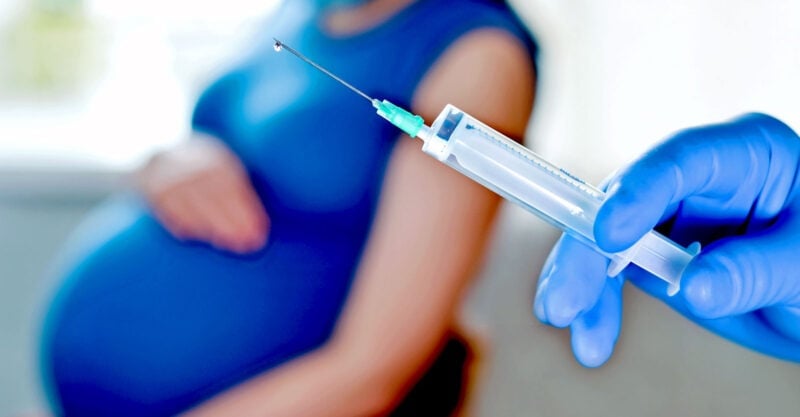 The Covid Killer Vaccine. People Are Dying All Over the World. It’s A Criminal Undertaking 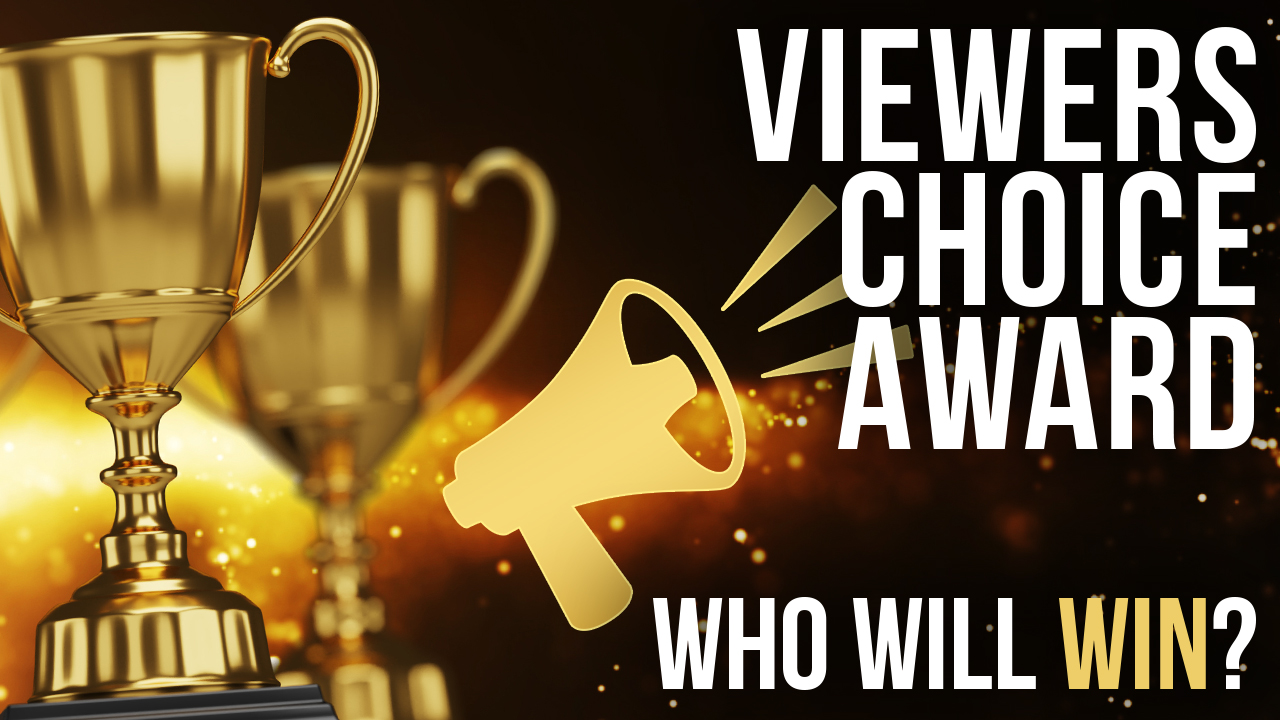 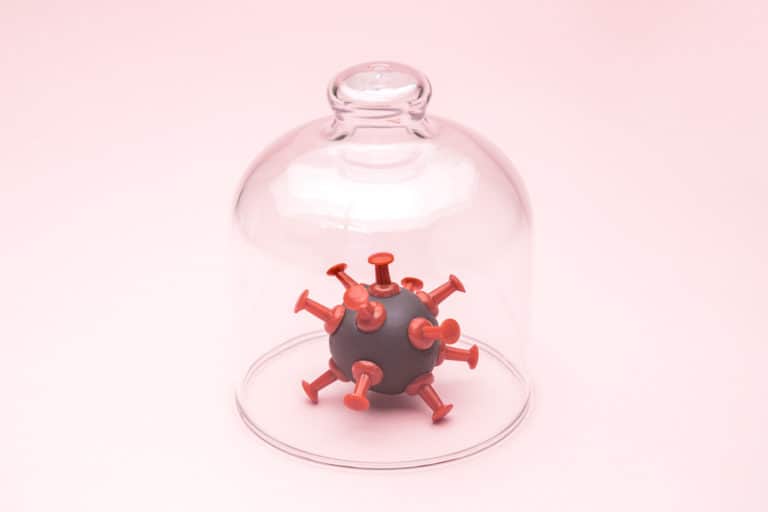 Video: Does the Virus Exist? Has SARS-CoV-2 Been Isolated? Interview with Christine Massey