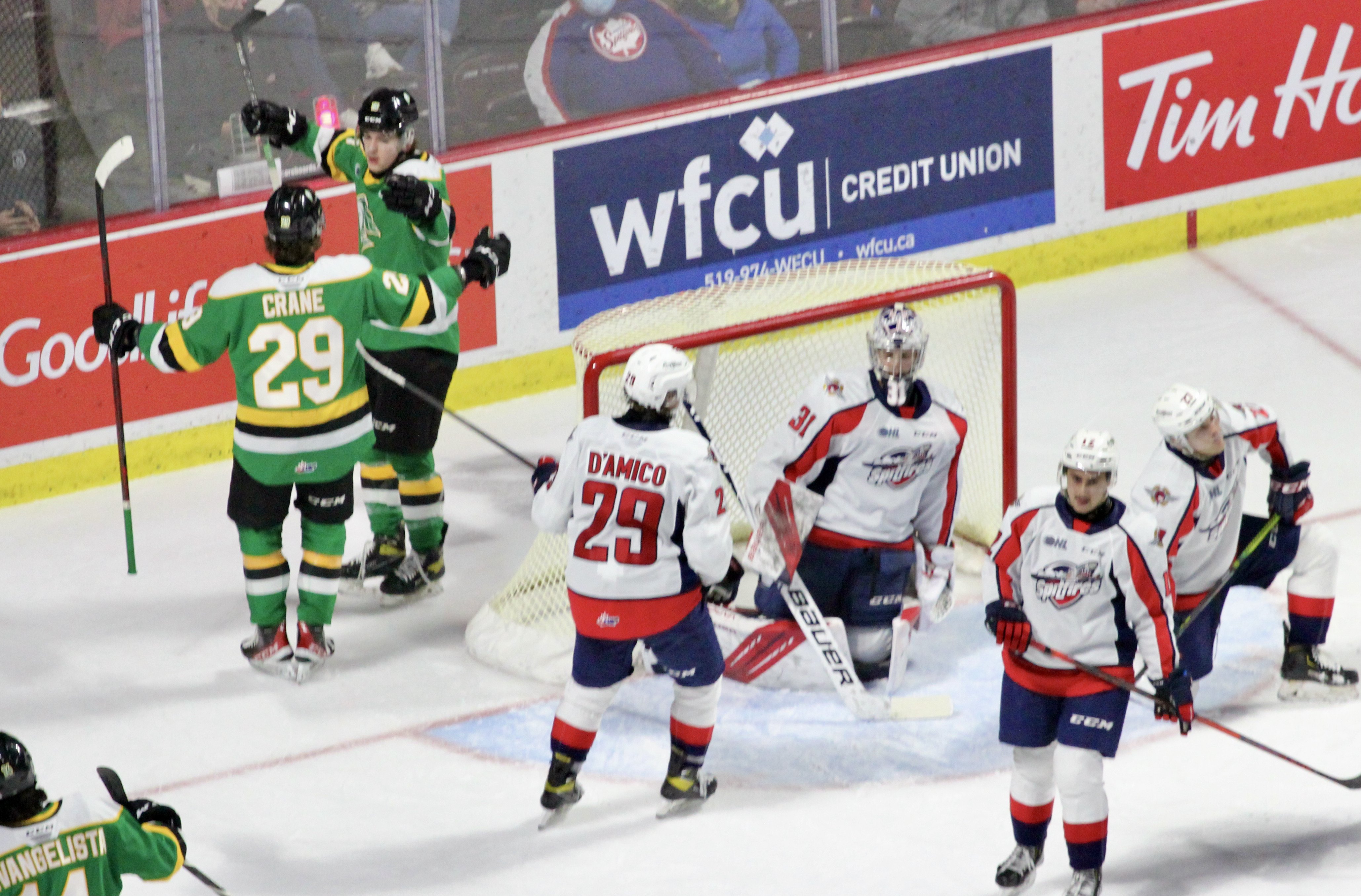 A three-goal third period lifted the London Knights to a 5-2 victory over the Spitfires on Wednesday night in Windsor, Ont.

Tonio Stranges sizzled a pass onto the stick of Cody Morgan and the veteran deked and scored what would end up being the game-winning goal at 3:53 of the final period. The goal gave London their first lead at 3-2 and the Knights built from there.

San Jose Sharks prospect Liam Gilmartin batted a Ruslan Gazizov rebound out of the air past Spitfires goaltender Matt Tovell at 8:39 of the third to make it 4-2 and Knights defenceman Gerard Keane finished the scoring into an empty net.

The turning point in the game may have come even before the go-ahead goal courtesy of London captain Luke Evangelista. The Knights had just finished killing a penalty late in the second period when Windsor went right back to the power play with the Spitfires already leading 2-1.

Sean McGurn of London dug the puck free in the Knights zone and Evangelista darted forward. McGurn put the puck on Evangelista’s stick and he went in on a breakaway and sliced a shot past Tovell for his third short-handed goal of the year to tie the game. It was Evangelista’s ninth point in his past three games.

Will Cuylle of Windsor opened the scoring as he followed a play into the London zone in the first minute of the second period and Dallas Stars draft pick Wyatt Johnston found him for Cuylle’s 14th goal of the year to make it 1-0 Spitfires.

London tied the game on the power play just before the midway point of the second period as Colton Smith found Brody Crane in front of the Spitfires net and Crane banged home his fourth goal.

Windsor pushed back in front on a power play of their own as Brett Brochu made a save only to have Wyatt Johnston pull a puck free and score at the 12:39 mark of the middle period.

Gazizov had a pair of assists giving him 11 points in nine OHL games.

Stranges extended his point streak to eight games and London extended their lead atop the overall Ontario Hockey League standings to four points over the North Bay Battalion.

Off to the Capital City Challenge

Denver Barkey, Easton Cowan and Oliver Bonk are preparing to play in one of the most unique hockey tournaments ever played. It will bring together three teams of U17 players and members of the Canadian Women’s National team and it gets underway on Friday, Nov. 26.

Barkey has two goals and six points for the Knights so far in 2021-22 and he will join Oliver Bonk on Team Black. Bonk has spent most of this year with the St. Thomas Stars of the GOJHL but made his OHL debut on Nov. 16 in Sarnia, Ont. Barkey and Bonk will face Easton Cowan and Team Red in their opening game.

Cowan has played two games for the Knights this year and has recorded an assist. He has made highlight reel plays for the Komoka Kings of the GOJHL as part of 22 points in 16 games. Barkey, Cowan and Bonk were the first three picks of the Knights in the 2021 OHL Priority Selection.

A 2-2 week dropped London two spots in the Canadian Hockey League Rankings. London sits atop the Ontario Hockey League standings at 13-3-1 and sit as the highest ranked OHL team. The 19-1 Winnipeg Ice of the WHL hold down the #1 spot. They are followed by three other Western Hockey League teams in the Everett Silvertips, the Kamloops Blazers and the Edmonton Oil Kings.

Mississauga and North Bay are the other ranked OHL teams. The Steelheads are #8 and the Battalion are #9.

The Kngihts will stay on the road for two more games while Country Music Week continues in London. The Knights will make their first visit to Guelph on Friday, Nov. 26 to play the Storm. The two teams went to overtime in a game played at Budweiser Gardens on Nov. 9.

A steal by Danny Zhilkin in the London zone ended the game nine seconds into overtime and gave Guelph the first win of the ten-game season series between the clubs.

The Storm own the OHL’s most dangerous goal scorer in Sasha Pastujov who has 18 goals through his first 18 games.

Coverage will begin at 7 pm with the pregame show on 980 CFPL, at www.980cfpl.ca and on the Radioplayer Canada app. 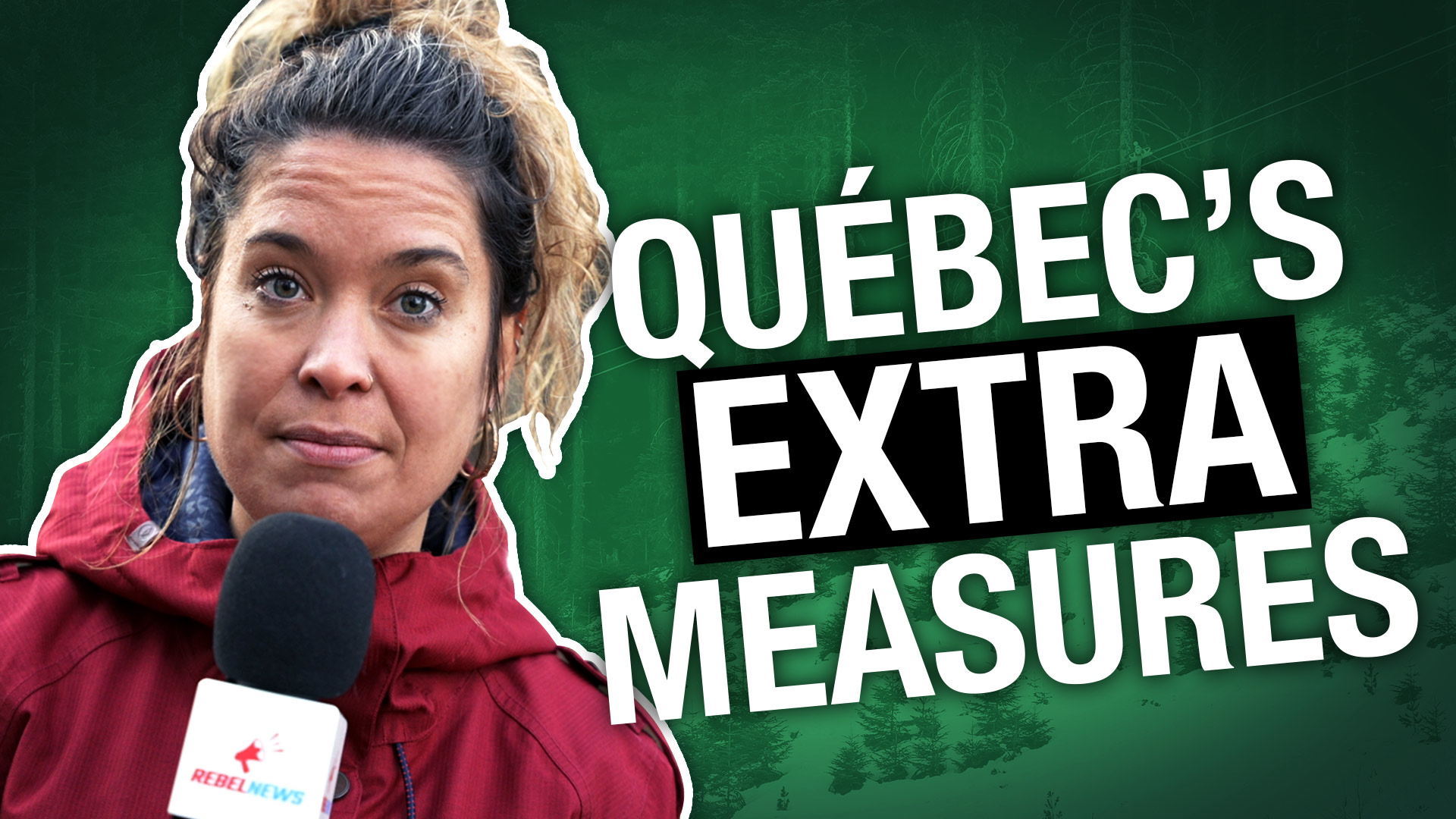 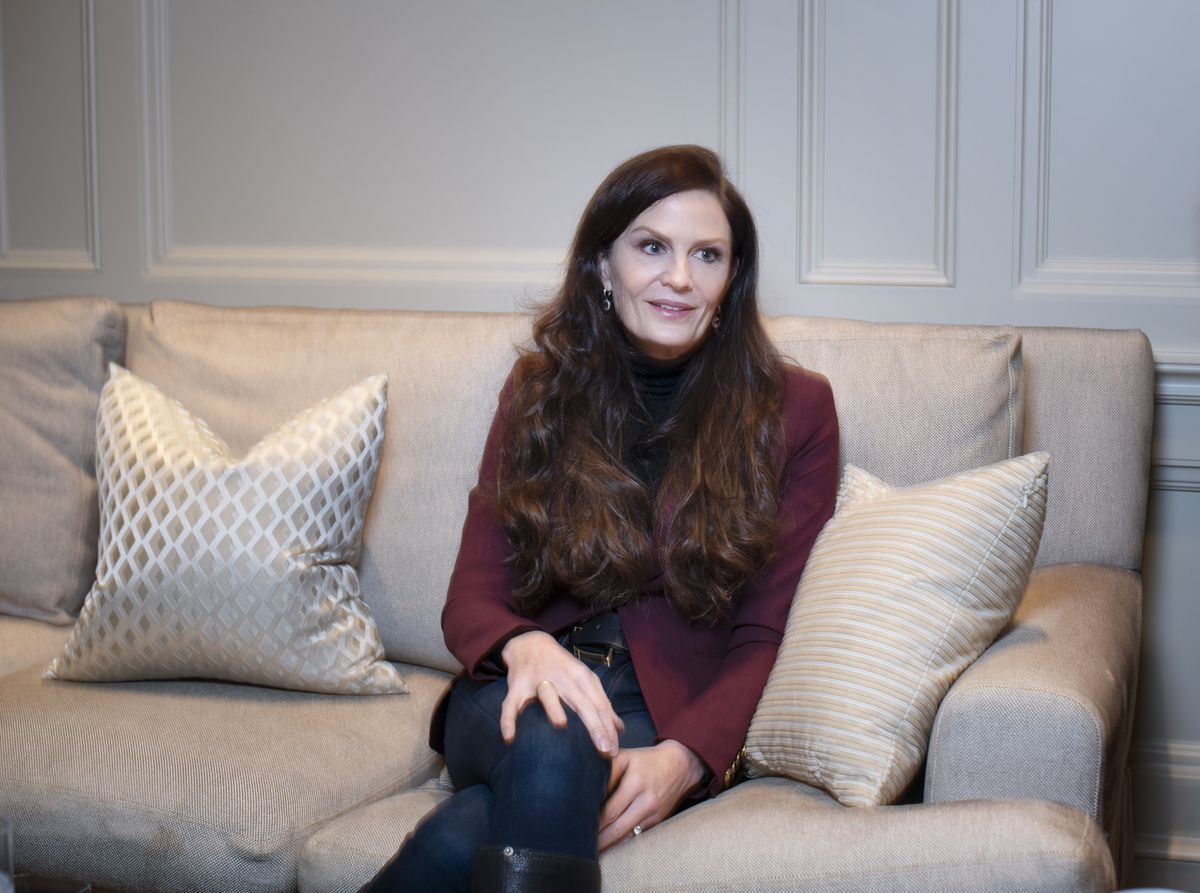 ‘We have to find a way to work together’: Melinda Rogers-Hixon says it’s time to move past the boardroom battle for the sake of family and company 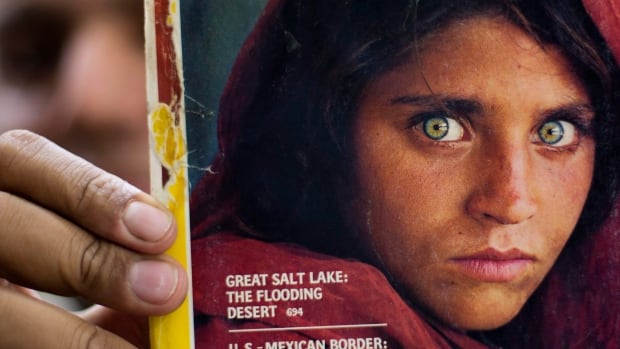