Why Pfizer Can Never be Trusted. Lawsuits Relating to 16 Pfizer Drugs 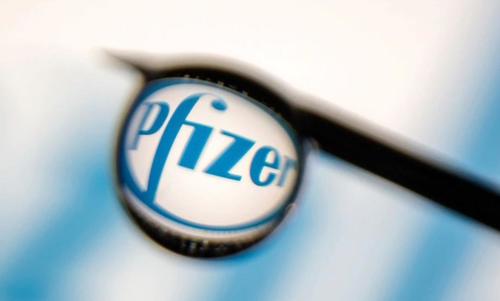 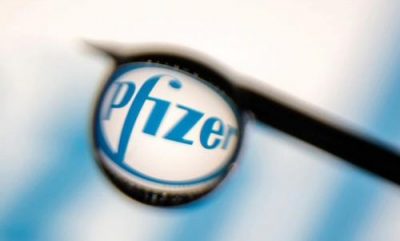 Here is an Announcement from the American Academy of Pediatrics website (May 4, 2021): (see this)

“Children ages 2-11 could potentially be eligible for (the still-experimental) COVID-19 vaccine this fall. Pfizer Chairman and CEO Albert Bourla, D.V.M., Ph.D. (Doctor of Veterinary Medicine), said on a quarterly earnings call Tuesday he expects to request (experimental) Emergency Use Authorization (EUA) from the Food and Drug Administration (FDA) in September. Under his plan, an EUA request for ages six months to 2 years would follow in the fourth quarter.

“Pfizer and its partner BioNTech currently are waiting for an FDA decision on an EUA for adolescents ages 12-15 years.” 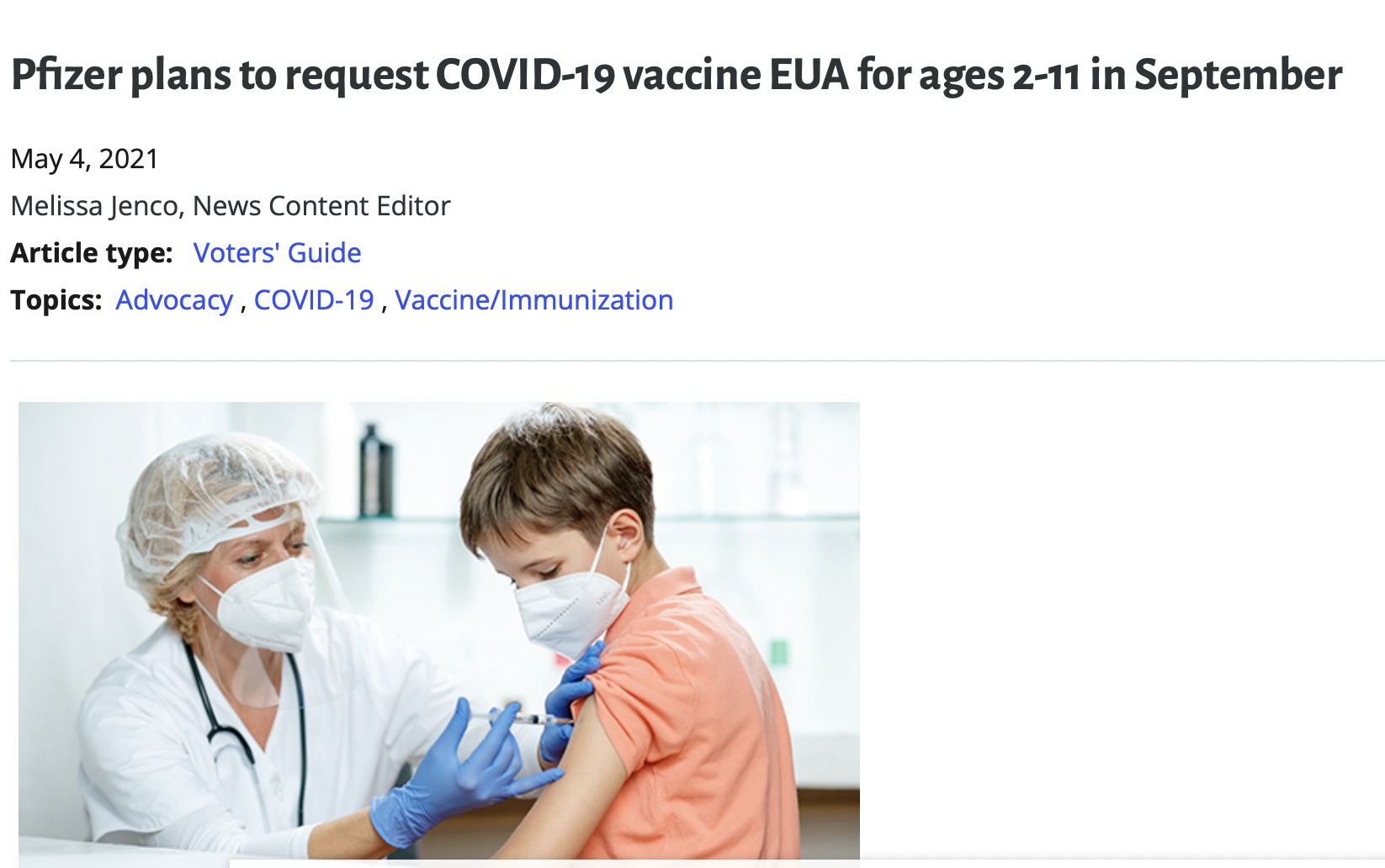 And here is a list of lawsuits related to sixteen Pfizer drugs that were FDA-approved before long-term safety studies were completed: (And the CDC wonders why there is such a thing as “Big Pharma/Big Vaccine-hesitancy”)

Pfizer is one of the largest multinational drug companies on the planet – and one of the five largest vaccine manufacturers (the other four are Sanofi, Merck, GlaxoSmithKline and Johnson $ Johnson.  AstraZeneca is # 10). Pfizer has faced thousands of lawsuits for fraudulent marketing and medical injuries caused by some of its most profitable, drugs.

Pfizer has also set a record for the largest fine paid for a health care fraud lawsuit filed by the U.S. Department of Justice. Pfizer paid $2.3 billion in fines, penalties, and settlement for illegal marketing claims.

Pfizer’s criminal record (2009) with the US  Department of Justice on charges of “fraudulent marketing”.

As part of the 2009 DoJ settlement, Pfizer was put on parole:

“Pfizer also has agreed to enter into an expansive corporate integrity agreement … [which] provides for procedures and reviews to be put in place to avoid and promptly detect conduct similar to that which gave rise to this matter.”

Here is a partial list of 13 of Pfizer’s most dangerous, most litigated, most potentially lethal drugs. (NOTE:  If any reader had adverse effects to any of the following Pfizer drugs, he/she might want to consult an attorney).

Prizer promoted its two COX-2 pain relievers Celebrex and Bextra which generated 7000 lawsuits and a $894 million settlement. Both medications were me-too drugs similar to Merck’s infamous Vioxx, which caused 50,000 lawsuits because of cardiovascular deaths and injuries. Merck settled most of the cases with a $4.85 billion settlement.

Pfizer paid $1 billion to resolve allegations under the civil False Claims Act that the company illegally promoted four drugs – Bextra; Geodon, an anti-psychotic drug; Zyvox, an antibiotic; and Lyrica, an anti-epileptic drug – and caused false claims to be submitted to government health care programs for uses that were not medically accepted indications.

Pfizer paid out $142 million for committing racketeering fraud in the marketing of Neurontin.

As part of a larger group of proton pump inhibitor lawsuits, Pfizer faced a number of Protonix lawsuits after it acquired drug company Wyeth who had been accused of marketing the drug for unapproved uses. In 2013, Pfizer agreed to pay $55 million to settle illegal marketing claims but the company may still be facing lawsuits for kidney injuries caused by the medication.

Nearly 10,000 Prempro lawsuits were filed by women who had been diagnosed with breast cancer. The lawsuits were largely settled by 2012 for about $1 billion.

Pfizer faced about 3,000 Chantix lawsuits filed by people who claimed they experienced suicidal thoughts and psychiatric disorders after using Chantix for smoking cessation. Pfizer set aside about $288 million and at least some of the cases were settled.

Thousands of cases of medical injury due to testosterone replacement therapy have been filed. Other drug companies have paid $ billions to settle their cases, however some Pfizer testosterone lawsuits were dismissed.

About 250 Zoloft lawsuits were filed, claiming Pfizer actively promoted the use of Zoloft to pregnant women despite knowledge of birth defect risks from their research. These cases were largely dismissed in 2016 when a judge concluded that there was not enough evidence to prove a link between birth defects and Zoloft use.

Effexor was a medication originally produced by Wyeth which has also been the cause of multiple lawsuits. People who filed Effexor lawsuits claimed that it caused birth defects, and separately, suicidal thoughts and behaviors. In September 2015, Effexor lawsuits were dismissed but may have been eligible to refile.

Pfizer’s drug that lowers cholesterol (but only minimally decreases heart attack risk) but causes serious muscle damage, diabetes and other unforeseen health defects has generated billions of dollars of lawsuits.

Pfizer’s arthritis and ulcerative colitis drug was only belatedly acknowledged by Pfizer to cause cancer, serious cardiovascular events and venous thromboembolism (such as pulmonary embolism or deep vein thrombosis). Many lawsuits are in progress.

In 1971 the Environmental Protection Agency (EPA) asked Pfizer to end its long-time practice of dumping industrial wastes from its plant in Groton, Connecticut in the Long Island Sound. The company was reported to be disposing of about 1 million gallons of waste each year by that method.

In 1991 Pfizer agreed to pay $3.1 million to settle EPA charges that the company seriously damaged the Delaware River by failing to install pollution-control equipment at one of its plants in Pennsylvania.

In 1994 Pfizer agreed to pay $1.5 million as part of a consent decree with the EPA in connection with its dumping at a toxic waste site in Rhode Island.

In 1998 Pfizer agreed to pay a civil penalty of $625,000 for environmental violations discovered at its research facilities in Groton, Connecticut.

In 2002 New Jersey fined Pfizer $538,000 for failing to properly monitor wastewater discharged from its plant in Parsippany.

In 2003, shortly after Pfizer acquired Pharmacia, the company (along with Monsanto) agreed to pay some $700 million to settle a lawsuit over the dumping of known-to-be-carcinogenic PCBs in Anniston, Alabama.

In 2005 Pfizer agreed to pay $22,500 to settle EPA claims that the company failed to properly notify state and federal officials of a 2002 chemical release from its plant in Groton that seriously injured several employees and necessitated a major emergency response.

Also in 2005, Pfizer agreed to pay $46,250 to settle charges that its Pharmacia & Upjohn operation had violated federal air pollution rules at its plant in Kalamazoo, Michigan.

In 2008 Pfizer agreed to pay a $975,000 civil penalty to resolved federal charges that it violated the Clean Air Act at its former manufacturing plant in Groton, Connecticut in the period from 2002 to 2005.

Environmental groups in New Jersey have criticized as inadequate a clean-up plan devised by Pfizer and the EPA for the American Cyanamid Superfund site in Bridgewater, which is considered one of the worst toxic waste sites in the country. Pfizer inherited responsibility for the clean-up through its 2009 purchase of Wyeth.

Dr Gary G. Kohls lives in the USA and writes articles that deal with the dangers of fascism, corporatism, totalitarianism, militarism, racism, malnutrition, and Big Pharma’s over-drugging and over-vaccinating agendas. In addition, his columns deal with cultural movements that threaten democracy, war, civility, health, freedom, the future of the children and the sustainability and livability of the planet.

Dr Kohls is a past member of Mind Freedom International, the International Center for the Study of Psychiatry and Psychology and the International Society for Traumatic Stress Studies. He is a signatory to and/or an advocate of the principles of the Great Barrington Declaration, the World Doctors Alliance and Americas Front Line Doctors.

Dr Kohls practiced holistic medicine and preventive psychiatry for the last decades of his medical career, largely helping the psychologically-wounded, over-medicated survivors of psychiatry that had often been mis-diagnosed and over-medicated with cocktails of neurotoxic, frequently addictive psychiatric drugs that had never been tested for safety when used in combinations.

His Duty to Warn columns have been re-published around the world for the last decade. Dr Kohls frequently writes about Big Vaccine’s over-vaccination agendas and Big Medicine’s over-screening, over-diagnosing and over-treating agendas.

He is a Research Associate of the Center for Research on Globalization (CRG).

Many of Dr Kohls’ columns have been archived at a number of websites, including:

Featured image is from Zero Hedge 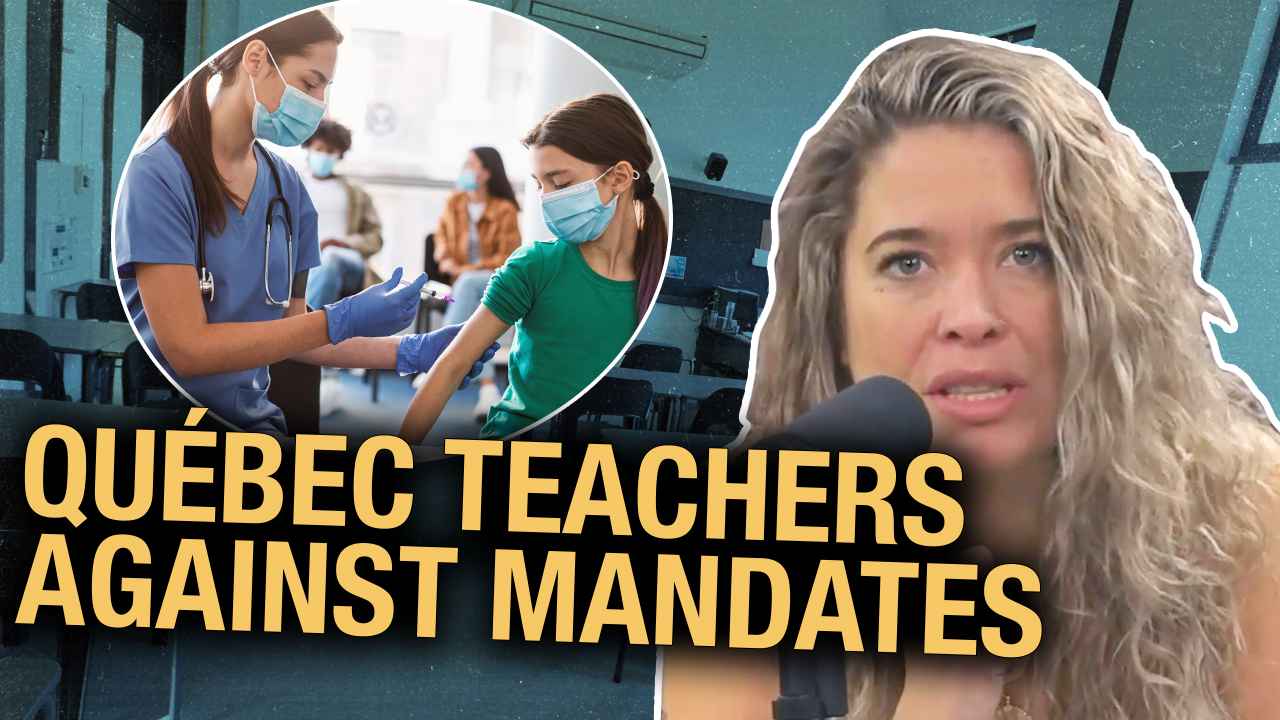 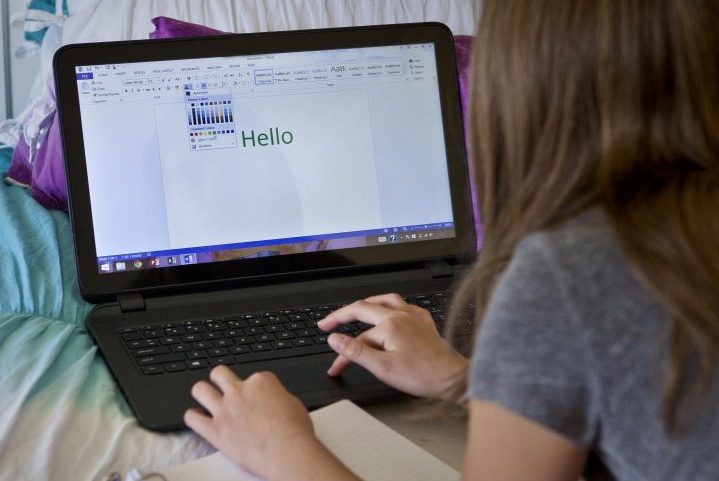 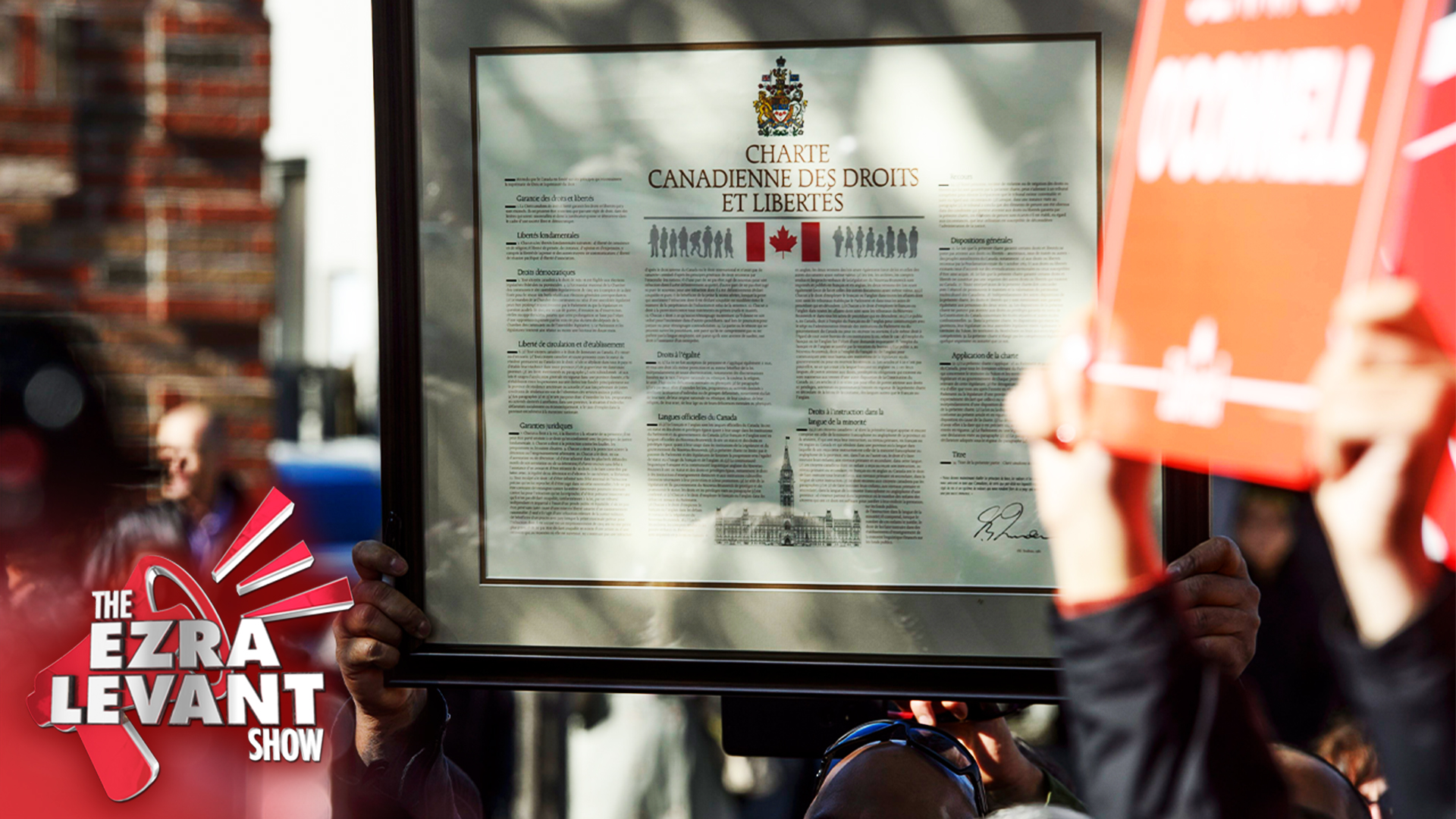 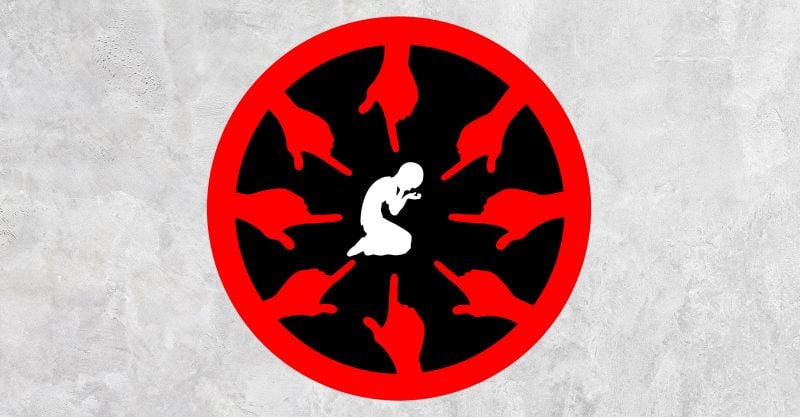 Artificial Intelligence (AI) and the Covid Pandemic: A “Truth Bomb” Explodes to Illuminate the War on Humanity