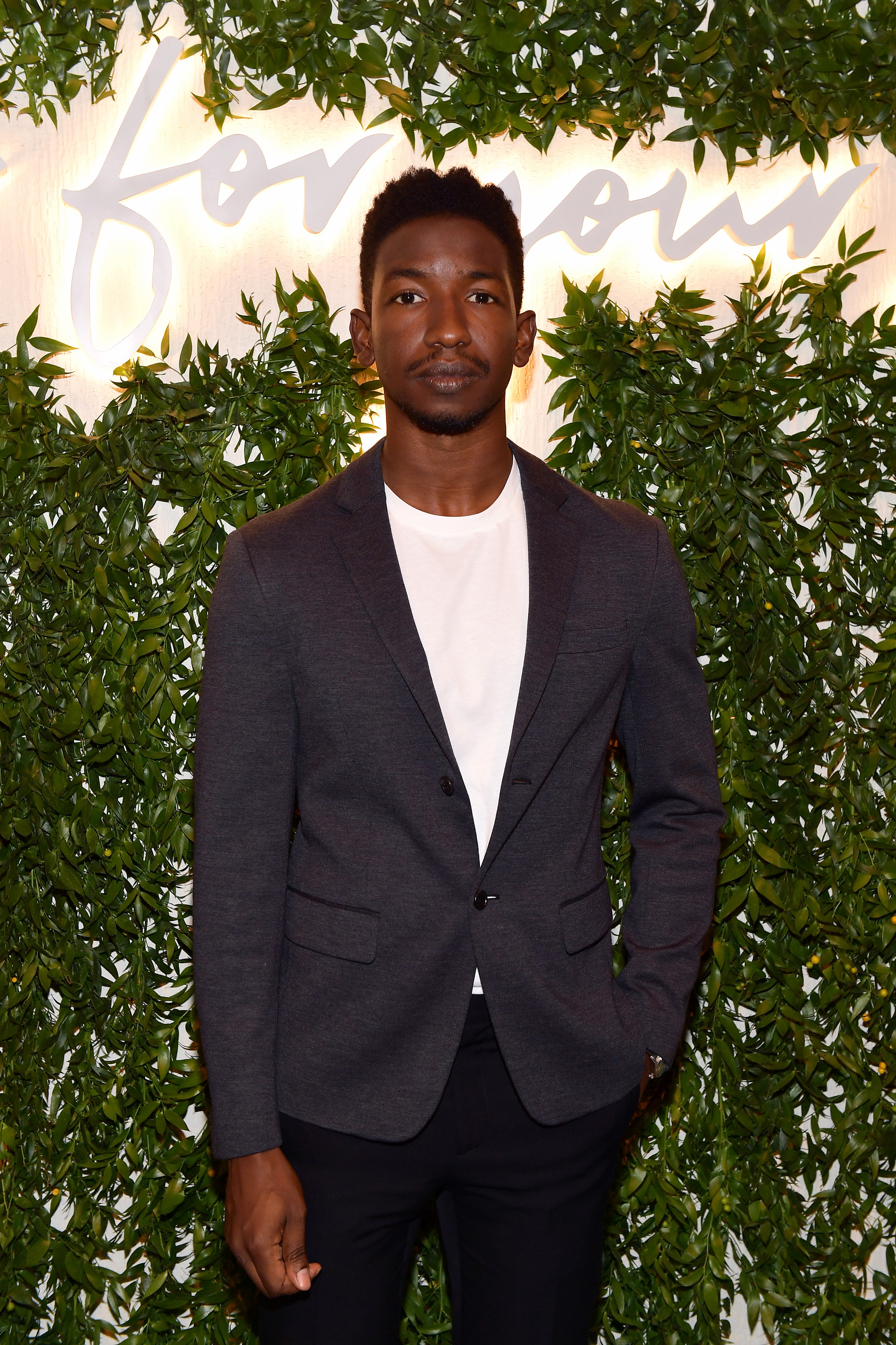 Actor Mamoudou Athie (Sorry for Your Loss, Patti Cake$, Unicorn Store) is the star of the Netflix show that will get you through January. It’s called Archive 81, and it’s downright terrifying.

Athie plays Dan Turner, a video archivist hired to restore a series of tapes recovered from a fire at a New York City apartment building. But what starts off as a standard job soon becomes frightening, as the found footage dives into the supernatural—and has surprising connections to Dan’s own past.

Athie is magnificent in the role, bringing depth and subtle heartbreak to what will surely be a buzzy piece of Netflix fodder. This show has viral written all over it, but Athie’s measured performance grounds it, leaving you both scared and moved.

Off-screen, though, Athie is far more relaxed, as evidenced by the fact he was down for a round of Glamour’s Inappropriate Questions, where we ask all the things best suited for a second (or third) date. Read on to get to know Athie more—he’s about to be your new internet crush.

Glamour: Fill in the blank for me: I love when my partner____.

Mamoudou Athie: I love when my partner takes it easy.

Do you mean just someone who has a relaxed disposition?

What is your biggest deal-breaker?

Rudeness, for sure. Rudeness, bad manners, bad hygiene. I hope those are standard, but you never know. And just any kind of lying.

Have you ever ghosted anyone?

I wouldn’t say…maybe like a fade-away ghost. I’m not proud of it. More like things dissipated. I don’t think I’ve ever just ghosted on somebody unless they did one of the above [dealbreakers]. Which, oh, I can’t even tell the story. But there was a time that I straight-up ghosted someone because I was scared.

Really? Because they were just lying, or because it was just getting out of hand?

Because it was weird. It was weird, and I was like, “This probably isn’t a good idea at all.” It was innocuous. It was kind of a lie and nothing crazy, but I was like, “Oh, this person might be a little deranged, so I got to go.”

What do you think is the sexiest thing about yourself? Over Fried Fish, I Said Goodbye to My Wife—And to a Version of Myself