Tennis star Novak Djokovic is back at the same detention hotel in Australia where he was held last week after authorities canceled his visa for a second time.

The 34-year-old Serb, who is unvaccinated against COVID-19, arrived at the Melbourne hotel on January 15 and will stay overnight ahead of a scheduled hearing in a federal court on January 16 on his appeal against deportation.

The hearing is expected to determine whether the tennis star can stay in Australia and compete for his 10th Australian Open title and record his 21st Grand Slam trophy.

The world No. 1 and defending champion is still scheduled to play in the tournament, which starts on January 17, but the wrangling in the court of law has left his chances of actually being able to compete up in the air.

His challenge was moved to a higher court after Immigration Minister Alex Hawke blocked his visa, which was originally revoked when he landed at a Melbourne airport last week, touching off the saga, which has angered the Serb government and many Serbians.

A judge on January 10 reinstated his visa on procedural grounds after it was revoked the first time, but Hawke on January 14 said that he was using his discretionary powers on visa issues to cancel Djokovic’s visa “on health and good order grounds, on the basis that it was in the public interest to do so.”

The minister now says Djokovic’s continued presence in the country could “foster anti-vaccination sentiment” and even spark an “increase in civil unrest.”

Hawke admitted that Djokovic is at “negligible” risk of infecting Australians but argued his past “disregard” for COVID-19 regulations may pose a risk to public health and discourage people from getting boosters just as the country experiences an increase in omicron infections.

Djokovic’s lawyers argue the government “cited no evidence” to support their claims and are appealing against what they called an “irrational” judgment.

The player was granted a medical exemption on the grounds that he contracted COVID-19 in mid-December. But according to his own account, he failed to isolate despite knowing he was positive.

Djokovic’s cause was not helped by a mistake on his entry declaration on which a box was ticked stating he had not traveled abroad in the two weeks before arriving in Australia. In fact, he had traveled between Spain and Serbia.

Some players have lamented that the controversy has overshadowed the buildup to the year’s first Grand Slam event.

Sixth-ranked Rafael Nadal told reporters in Melbourne on January 15 that it would be good if everything is clarified soon.

“I really respect him, even if I [do] not agree with a lot of things that he did the last couple of weeks,” said Nadal.

Nadal, a longtime rival of Djokovic who also holds 20 Grand Slam titles, said he wished him “all the very best” but wanted more details about his case.

“From my point of view, [there] is a lot of questions that need to be answered,” the Spaniard said.

Serbian President Aleksandar Vucic again spoke out in support of Djokovic on Instagram.

“If you wanted to ban Novak Djokovic from winning the 10th trophy in Melbourne, why didn’t you return him immediately? Why didn’t you tell him, ‘It is impossible to obtain a visa’?” Vucic said. “Novak, we stand by you!”

Australian Prime Minister Morrison backed the decision, saying: “Australians have made many sacrifices during this pandemic, and they rightly expect the result of those sacrifices to be protected.”

With reporting by AP, AFP, and the BBC 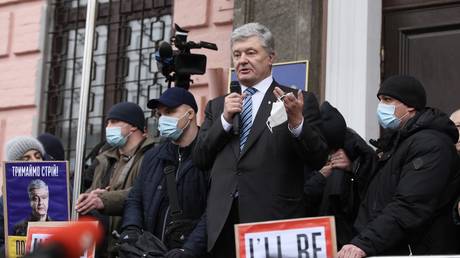 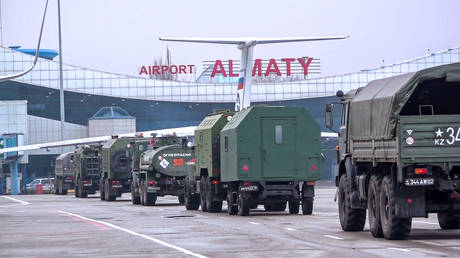 US wants to know why Kazakhstan called on Russia for help