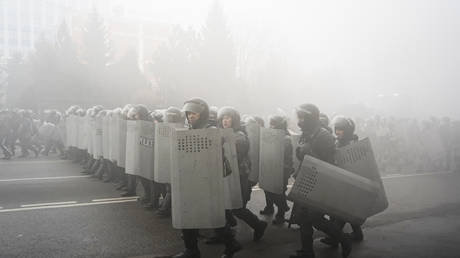 Heavy gunfire reported in central parts of Almaty, after police moved in to quell riots

Kazakh security forces have moved on rioters in Almaty, with heavy gunfire heard in the city center near the charred administration building. Police say they repelled an “attack” on their HQ, leaving some attackers dead.

A reporter from a local outlet sustained a leg wound during the police operation, Sputnik Kazakhstan reported. The journalist received first aid from law enforcement.

Several injured people were seen fleeing the gunfire, the agency reported, citing its own correspondent. They were seen leaving in small groups, some of them carrying away the wounded.

Police said that a new attempt to storm the city’s police HQ was also repelled on Thursday. An unspecified number of attackers were “eliminated” during the failed attack, police spokesperson Saltanat Azirbek claimed.

The headquarters, which remains one of the few government buildings not overrun by protesters, endured another assault overnight, with multiple attackers reportedly killed in the attempt, according to Azirbek, who said the “clean-up operation” continues across the whole metropolis on Thursday.

Meanwhile, unconfirmed reports in the local media said the Almaty television tower, located on slopes of the Kok Tobe mountain just south-east of the city, was overrun by rioters. The Soviet-era tower, which is still among the tallest buildings of Kazakhstan, features a war-grade nuclear bomb shelter.

However, the reports of the TV tower’s capture were debunked by local police shortly after they emerged. They confirmed the tower had come under attack but insisted they were able to repel the attempt to seize the facility.

Nearly 2,300 people have been detained across Kazakhstan amid the unrest, the country’s Interior Ministry told local media. Some 18 police officers and military servicemen were killed, with a further 748 injured. 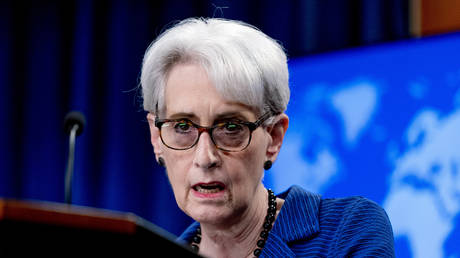 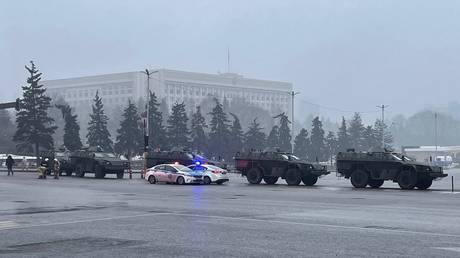