The symbols of extreme right-wing organisations Blood and Honour and Combat 18, as well as the words “Knife, wire” – a well-known part of a slogan glorifying the Srebrenica genocide – have been spraypainted on a flood defence wall by the River Sana in Prijedor, in the latest incident of neo-Nazi and nationalist vandalism in the north-western Bosnian town.

A Nazi swastika and a Combat 18 logo were also sprayed on a derelict house formerly inhabited by Bosniaks in nearby Titogradska Street.

Graffiti promoting Blood and Honour and Combat 18, which have been banned in some countries as terrorist organisations, also appeared in Prijedor in 2020.

The Police Administration in Prijedor said that on January 5 this year, police officers spotted the graffiti in the Tukovi neighbourhood in Prijedor, which is mainly populated by Bosniaks who have returned after fleeing during the war.

The Prijedor area during the war in 1992 was notorious for war crimes, ethnic cleansing and illegal detentions of Bosniaks by Bosnian Serb forces.

Police said that a prosecutor at the District Public Prosecution in Prijedor was informed about the graffiti but said there was no criminal offence committed. A swastika and a Combat 18 logo on a derelict house in Prijedor. Photo: BIRN.

Twenty metres away from the graffiti stands a house with a memorial board to commemorate the murder of the Causevic family. The inscription says that on August 19, 1992, six members of the family who lived in the house, including a mother and her four sons and grandson, were shot dead.

The local public utility company was ordered to remove the graffiti but some Bosniak post-war returnees decided not to wait and did it themselves.

“As soon as I heard that a swastika had been drawn on the destroyed house of my cousin in Tukovi, my husband bought a spraycan, he came from another part of Prijedor and drew lines over the graffiti to mask the swastika,” one returnee to Prijedor, who asked to remain anonymous, told BIRN.

In the last two months of 2021, offensive graffiti appeared in the Prijedor area three times.

On the International Day of Tolerance, November 16, an image with the caption “Ratko Mladic” appeared at several locations in the Raskovac neighbourhood near a Muslim cemetery.

On December 22, the words “Ratko Mladic” and “A young Muslim is running across the field, I shall catch and slaughter him!” were written on the walls of the city stadium in Prijedor.

The District Public Prosecution in Prijedor assessed that in the first two incidents, there was no criminal act, while the third represented the criminal offence of “publicly provoking and inciting violence and hate”. All these graffiti have since been painted over. 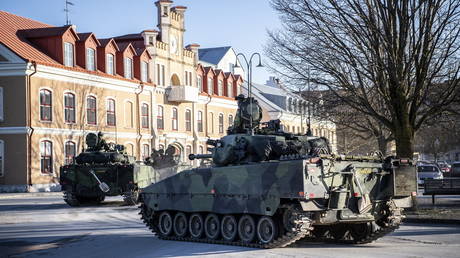