5G “Connected Cowes” Sailing Regatta, Isle of Wight, Sports, and Getting it So 5G Wrong (Football and Farming Too!) If the goal of “Connected Cowes” is to promote sailing, $2,292,155.96 U.S. could have bought a lot of sailboats and sailing lessons for individuals who will never afford a 5G phone or data plan.

5G and the Industry Search for a 5G Market – Connected Cowes

Cowes Week is one of the UK’s longest running and most successful sporting events, and is a key highlight of the British sporting summer. It has been held in early August every year since 1826, except during the two world wars.

“Connected Cowes – UK5G” falls under the ”testbed” category of  “Sports, Travel, and Tourism” for UK5g.org.

“The Connected Cowes project is looking at how 5G technology can create an immersive yacht racing experience for the sailing community and spectators in Cowes and online, and to widen the audience and appeal of the sport.”

About Connected Cowes – From the Industry and Corporate Sponsors

“Led by Cowes Week Limited (CWL) with partners aql and 1851 Trust, the Connected Cowes project will explore the use of 5G at one of the oldest and most respected regattas in the world, Cowes Week. The project will see the sailing event go digital to drive awareness of marine impact, science in sailing and marine technology to engage the next generation of innovators and sailors.

5G technology will be used to stream real-time, virtual reality video from on-board yachts racing at Cowes Week. This footage will then be used to create engaging content and an immersive teaching experience using 5G-powered VR as a gateway to the sport.

High definition 360° cameras will be fitted to 50 boats in 2021’s regatta, each of those cameras beaming back real-time, high-definition pictures to the Cowes Live TV presentation which will be shown on big screens around the town, as well as being available on the internet worldwide.

A virtual reality lounge on the Parade in Cowes will enable spectators to don headsets and be transported out to one of the 50 boats to see exactly what’s going on across the Solent.

The new Cowes Week Spectator App will bring all of this technology directly to spectators, both in the UK and around the world, further enhancing Cowes Week‘s global reach as one of the most famous sailing regattas in the world. Race organisers will look use the new technology to enhance their race management capabilities of the 700 boats circulating on 42 different racecourses every day.  [ ] after the regatta the 1851 Trust will put together a 5G STEM learning package.” – Connected Cowes

5G for Sporting Events, For the Birds?

(And let’s not forget, speaking of birds, that evidence of harm from 5G and other wireless telecommunications technologies on the nature environment, including birds, is mounting.)

Is Connected Cowes For The Love Of Sailing? Or Football and Football? Or 5G?

It’s not just sailing, and not just the U.K. , where 5G, perhaps like the Music Man, has come to town.

“Deutsche Telekom installed and put the new 5G antennas into operation during the Bundesliga’s corona break. This will enable fans to experience the many advantages of 5G in the stadium in the future. With 5G, they can then try out augmented reality (AR) and virtual reality applications, such as making selfies together with players’ avatars in front of the Allianz Arena or controlling virtual players of FC Bayern. They can also use augmented reality to demonstrate their own ball skills. Virtual competitions between visitors are also conceivable. With 5G via smartphone or AR glasses, the sports experience around the game becomes even more intense and exciting.”

“More exciting,” in whose opinion would that be? During the coronavirus lockdown, 5G and new wireless telecom infrastructure has apparently been widely installed in many locations, including on school grounds and in neighborhoods, and not just in sports stadiums; often without the knowledge and consent of those living in local communities.

Marketers are attempting to convince the sports-loving public that they need the industry to create, provide, (and monetize) virtual experiences. The U.S. has also joined the party, bringing 5G to football stadiums.

Meanwhile, are sports fans buying it, either as participants or as spectators, both in person and virtually? Do fans revere the love of the actual sport, and being with others, in real time, in an integrated and physiologically harmonized body? Rather than on a device, in a disembodied state that is out of synch with its electromagnetic environment and sensory apparatus?

As reported by the blog POTs and PANs,

“The National Science Foundation along with the US Department of Agriculture is creating a broadband testbed in and around Ames Iowa. The program is part of NSF’s Platforms for Advanced Wireless Research (PAWR) program. This is the first wireless test to be placed in a rural setting. This project will provide an outdoor laboratory for engineers and scientists to explore ways to maximize the benefit of new wireless technologies for agriculture. Additionally, new technologies will be deployed throughout the college community of Ames. The experiments will include participation from students from Iowa State as well as from local schools. Also participating will be Woodland Farms and the Meskwaki Tribal Nation.

The project includes $8 million to construct a wireless network that will cover nearly 600 square miles in and around Ames. One of the concepts to be explored is the collaboration potential and interaction between satellite broadband, existing wireless networks, and new wireless technologies.

Scientists will be experimenting with technologies involved in precision agriculture including drones, self-driving farm machinery, and an array of environmental sensors. One of the first experiments will involve identifying weeds for automatic eradication using high-resolution video. Field sensors will transmit live pictures to the cloud to allow for accurate identifications of weeds. Training robots to manually eliminate weeds would mean a drastic reduction in the use of herbicides in the food chain.

The project will also [ ] look at technologies and applications that can expand wireless coverage in rural areas. This will involve experimenting with hybrid networks that use different frequencies and wireless technologies in unison to bring stronger broadband signals to the fields and areas where it is most needed.” –  CCGConsulting

“According to farmer Brian Watkins, who farms 7,000 acres of soybeans and corn in Kenton, Ohio faces problems in precision agriculture. He needs to install different base stations every time he buys a better system. There is a slight shift in geographic coordinates and his data suffers. Moreover, precision farming cannot be utilized completely in every crop. It needs the farmers to embark on various technological, technical, and economical conditions before the adoption of this technology.” – Precision Agriculture

Do backyard, independent, regenerative, organic, or biodynamic farmers claim that they need the expense of instant, real-time immediate access to the identification of a weed via Wi-Fi-ed sensors and cameras that send signals to a drone and a satellite and back to a computer?  Or is 5G actually designed to sustain industrial agriculture, surveillance, and ROI for investors in the commodities market?

Marconi, Isle of Wight, and 5G

In “Deadly Rainbow: Will 5G precipitate the extinction of all life on Earth? You cannot contaminate the global electrical circuit with millions of pulsed, modulated electronic signals without destroying all of life” Robert Burrowes wrote,

“In 1901, Marconi sent the world’s first long-distance radio transmission from the Isle of Wight, off the southern coast of England.

By 1906 and now host to the greatest density of radio transmissions in the world, the island was almost empty of bees. ‘Thousands, unable to fly, were found crawling and dying on the ground outside their hives’.

And healthy bees, imported from the mainland, began dying within a week of arrival. ‘Isle of Wight disease’ was then reported in European countries, South Africa, Australia and North America over following decades with almost everyone assuming it was infectious.

Despite various suspected diseases and parasites accused over many decades, each was eventually ‘cleared’ of causing the problem.

The fundamental point about all this is simple: The Earth is incredibly delicately balanced with a great many forces making up this balance and thus making life possible.

One of the many ways in which we have been disrupting this balance is by disturbing the global electrical circuit, that evolved over eons and sustains all life, without paying genuine and sincere attention to what we are doing and what this means for the Earth and all of its inhabitants, including us. [ ] We will have fundamentally altered the very conditions that made the evolution of life on Earth possible.” – Robert Burrowes

What is the justification for continuing to trial 5G, in sports, on farms, or in rural areas, with or without Native American tribes and other exploited  populations, without conducting independent health and environmental monitoring and testing?

What About RF/EMF Exposures Of Competitors?

Is the wireless industry, in the U.S. and U.K. and elsewhere, operating in a false ‘virtual reality,” denying real-world consequences, (like the chemical industry did for decades)? Read the archive of Independence Day 5G articles, including yesterday’s call to independently monitor the Olympic Games for unorthodox use of EMF/RF, here.

Patricia Burke works with activists across the country and internationally calling for new biologically-based microwave radio frequency exposure limits.She is based in Massachusetts and can be reached at [email protected]. 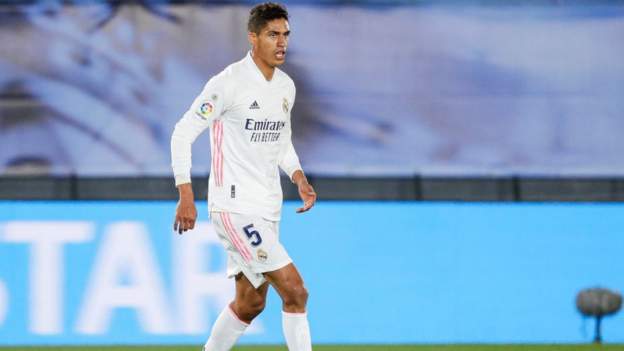