Mass General Brigham on the finer points of EHR-telehealth integration 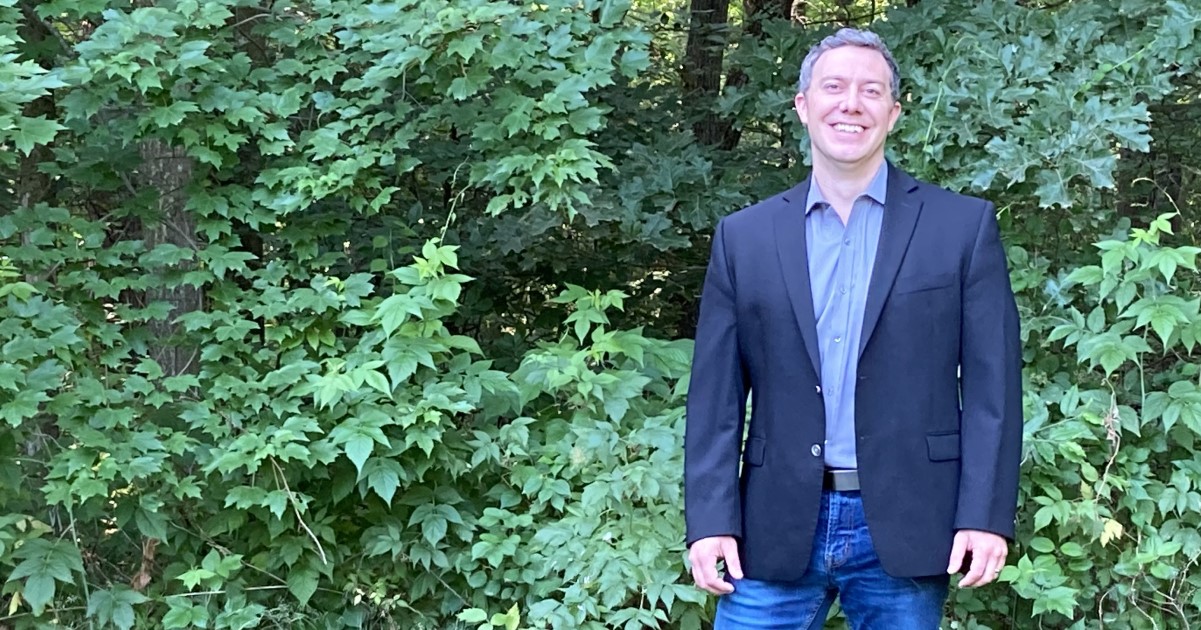 As more health systems begin to build out their virtual care portfolios, they’re quickly finding that integrating with their EHR is an essential piece to providing an experience that delights patients and doesn’t disrupt care providers.

In his upcoming HIMSS21 educational session entitled “Virtual Care Technical Strategy in a Pandemic,” Michael Carter, senior manager at Mass General Brigham, who has worked closely with health systems around the world, advising on virtual care strategies, program development and technology delivery, will share recent experiences on how Mass General Brigham (formerly Partners Healthcare) approached a virtual care technology strategy in the midst of a pandemic and the lessons learned along the way.

Q. What were the design methodology approaches taken by the technology team during the COVID-19 crisis?

A variety of innovations were taken by my team during the crisis, leveraging design methodologies such as user-focused design with an emphasis on experimentation, services design, software development and architectural design, but rarely was it a pure use of any one framework. Rather, we had to create a hybrid approach depending on the circumstances of the project.

We’re specifically talking about innovating within an organization rather than creating a new commercial product or business framework. The basic design framework my team leveraged was this: perform discovery (find out what’s going on, pains and gains), create a prototype/reproduce, collaborate with a small group of stakeholders on a solution, validate the truth [and] go back to your governance for decision-making.

The pandemic was certainly a factor in how we would usually approach something of this nature, due to the timing constraints. However, it also helped streamline this work. We had weeks, not months, to identify answers to two very unique problems, addressing, one, a shortage of PPE and limiting access to isolated patients, and two, bridge the gap in ambulatory clinical services while visitation restrictions were in place.

With any innovation, you typically start with a problem that you have a desire to solve, typically given time, resources and technology tools one can identify a creative way to address these problems using the framework I proposed.

Due to lack of time, though, we had to focus on experimentation and iteration. We didn’t have the luxury of a long runway for discovery, planning or implementations. So the first challenge was to buy more time. We needed a short-term plan to do just that.

We had to perform our discovery, “pains and gains,” to quote Clay Christainsen, and had to land on the specific problems we were trying to solve and the simplest, best path forward that would buy more time and validate our truth, then iterate from there. Then once we had harder data, frame a better technology and service strategy.

We had already identified our design methodologies and project frameworks leveraging agile, waterfall and experimentation back in January 2020, but they hadn’t been put to the test. There were many challenges that were raised during the crisis, and these models were leveraged, and certainly they helped with guiding the effort.

I’m going to focus on the inpatient virtual care and ambulatory virtual visit solutions we had to work through. These two virtual care solutions showcase the different technical strategy and methodologies used, and how their differences in scope and scale affected their outcomes once applied in real life.

The inpatient work allowed us to be more experimental, the overall scale in number of patients and utilization was smaller than ambulatory but the stakes were higher. We needed to limit COVID-19 exposure to clinicians and maximize the limited PPE. We didn’t have time for a large discovery process or multiple iterations, we only had a few weeks of breathing room.

For inpatient virtual care, we leveraged an internal video conferencing tool as our initial offering to validate assumptions around the initial support structures and pains/gains regarding user experience, which included creating feedback mechanisms for stakeholders. What we had was mostly qualitative data. There was too little time to collect quantitative data in a meaningful way.

However, once we felt we had enough data and got through the first surge, it was decided that we should develop an internal tool leveraging both agile and dev/ops frameworks. Ambulatory was a different story, and much larger in scale in the number of patients and utilization. There was also very small room for error without creating major billing and clinical workflow challenges.

We launched a product we had already been working on in January 2020 at a small scale, opening it up to all clinical users in March 2020. We were aware of the industry challenges we had already identified in the telehealth/video space through our earlier discovery work, and the backup plan was already framed, if needed.

The ability to pilot and prototype was limited within the ambulatory space. With inpatient, we had the ability to prototype more easily, since it wasn’t integrated with the EHR initially. This allowed us to create a prototype, and to have a phased implementation approach.

Ambulatory was more difficult to iterate, due to the EHR integration. It was tied to the same change management and governance as our enterprise systems. There were no other options other than to implement the offering to the whole organization with no ability to phase. However, small iterations once the initial rollout was in place were possible, and these happened mostly at the operational level, tweaking workflow within our EHR to optimize the experience over the course of months.

Q. What was one of the different approaches to EHR technology design with virtual care platforms that was taken by the team, and its subsequent successes and/or failures?

A. As I see it, you have three options when it comes to EHR integration: 1) don’t integrate, 2) integrate with a tight coupling or 3) integrate with a loose coupling. You can always mix these approaches as it makes sense, too.

The value question of integration with EHR comes down to a few different questions: One, can you create an optimal user experience? Two, will it enhance or at least maintain the existing clinical workflow? Three, what are your base data needs? And four, what type of industry factors should you consider with third-party vendors?

Certain aspects of the ambulatory user experience had to be deferred as an initial priority in the first offering due to the warlike footing. High reliability over functionality was the frequent motto used. The key here was being aware of what our experience issues were with our initial offerings, so we could address later.

In the case of our two use-cases, inpatient and ambulatory, our EHR company had the beginnings of an ambulatory offering, but it was early. The video technologies were not yet load-tested, and the market was somewhat volatile. This all pointed to building a plug-and-play-like chassis, loosely integrating with our EHR, due to lack of maturity of either offering, and allowing for a low-lift switching effort if we needed to change vendors.

The inpatient space was completely new. Other than eICU programs, there were very few third-party offerings for large-scale video communication with inpatient beds. The value of what EHR integration could offer was limited due to lack of data. We didn’t know what we didn’t know.

Finding a starting place was more important, and due to the timing restrictions, EHR integration didn’t seem prudent given our lack of knowledge. We didn’t want to accidentally create throwaway work with all of the other pandemic work happening.

The path forward for ambulatory virtual visits became clear. The contextual data needed for ambulatory virtual visits could be addressed through minimal data sharing, so a loose coupling continued to make sense, especially given the industry factors. We were already pursuing a marketplace offering, allowing for video vendor switching if needed with our early work in January 2020.

In the inpatient space, we had less discovery on what EHR data was essential, so we aimed to learn from the initial offering, which had no EHR integration. After the first pandemic surge, we were able to learn more on which aspects of EHR integration would add value in this space.

In the ambulatory space, our first vendor crumbled under the high demand, but our tech strategy turned out to be a good one as we were able to stand up a secondary vendor within three to four weeks. That implementation was a resounding success, resulting in more than 1.38 million video visits in 2020 and a net promoter score of 88.3.

Within the inpatient solutions, we had gathered good data on what our “truth” is from the initial offering. We had a seasoned and experienced development team in-house. It only made sense to begin discovery including the dev team, which resulted in the creation of a prototype. We then tested in a clinical environment with a small pilot to confirm our truth.

Working from the pilot, we iterated on the prototype and delivered our second offering, rapidly developing and implementing in three months. The initial platform got us through the first wave with the data we needed, and the second offering was also successful, with more than 100,000 video encounters and high customer satisfaction.

How Should I Treat A Tongue Injury? 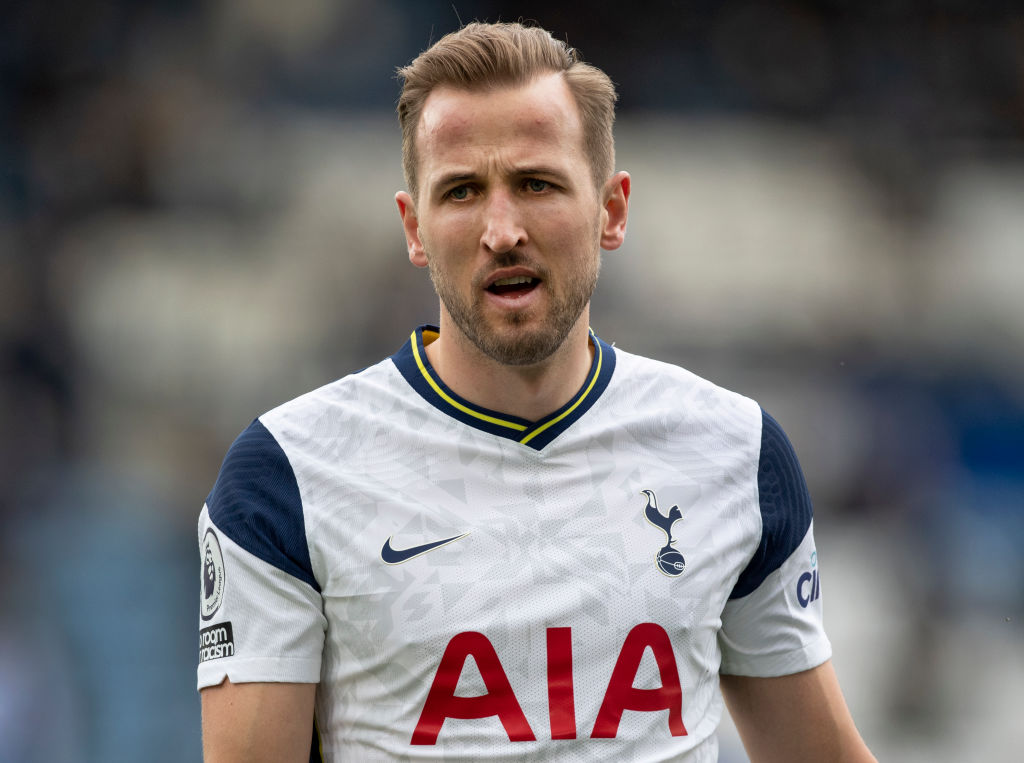