David Hume and a footnote. In one sentence, he forever tarnished his reputation. What lesson do we take?

As part of our Persuasion Classics series, we look back on timeless writings from long ago. Today, Julian Baggini guides us through the Essays of David Hume.

Honour is a great check upon mankind: But where a considerable body of men act together, this check is, in a great measure, removed; since a man is sure to be approved of by his own party… he soon learns to despise the clamours of adversaries

David Hume (1711–1776) is justly considered to be one of the greatest philosophers that Western civilization has produced. His legacy, however, is a strange one: The works for which he was most celebrated in his lifetime are now largely ignored, while those that had the smallest impact have fared better over time.

His greatest success while alive was his six-volume History of England (1754-61), which earned him the sobriquet “Tacitus of Scotland” (after the Roman historian), and the geographically and politically incorrect “English Tacitus” from his French admirers. Today, it is his Treatise of Human Nature (1739-40), which is considered his magnum opus, even though Hume felt it “fell dead-born from the presses.” This reversal would have seemed bizarre to Hume—akin to declaring the minor works of Bob Dylan masterpieces and dismissing albums like Highway 61 Revisited and Blonde on Blonde as juvenilia.

Hume’s Essays, Moral, Political, and Literary (1758) were second only to his histories in popularity in his day. But few are read or taught in universities now. They appear to be too much of their time, more like disposable journalism than perennial philosophy. In the true spirit of the essay—a term which after all derives from the French essai, meaning a “trial” or “attempt”—many are somewhat speculative.

It would be a mistake, however, to try neatly to divide the works of anyone into those that speak only to their time and those with a universal resonance. If we look carefully enough, what seems to concern only one parochial period of humanity’s story often says something more general about the human condition.

The arguments put forward in the Essays are usually worth our attention, even when, at first, Hume’s point of view seems dated. Though in many ways a political radical, his skepticism towards democracy remains thought-provoking. His fear that in politics, lies might prove more popular than truths, remains all too relevant—as Hume put it, “Nothing indeed can be a stronger presumption of falsehood than the approbation of the multitude.” In his “Idea of a Perfect Commonwealth,” he sought to find a balance between technocracy and mob rule, endorsing the view that “The people … would want wisdom, without the senate: The senate, without the people, would want honesty.”

To democrats today, this could seem excessively dismissive of the sovereignty of the people and too trusting of the intentions and capabilities of ruling elites. But the very fact that a great thinker like Hume had reservations about democracy—as both Aristotle and Plato did—is a reminder that even our best political systems need constant reexamination and reinforcement.

Indeed, Hume’s analysis alerts us to many of democracy’s thorniest challenges. His writing picks apart the simple idea that governments can ever truly rule with the consent of the people, since any such consent is always incomplete, and often given by previous generations, not those ruled. He would also have been the first to question the popular legitimacy claimed by authoritarians posing as democrats: “In the few cases, where consent may seem to have taken place,” writes Hume, “it was commonly so irregular, so confined, or so much intermixed either with fraud or violence, that it cannot have any great authority.”

Hume’s observations about political factionalism ring equally true and wise today. In the essay “On the First Principles of Government,” he lamented: “When in a faction, [people] are apt, without shame or remorse, to neglect all the ties of honour and morality, in order to serve their party.” These words seem tailor-made for the Republicans who abandoned all principle to support the Trump presidency, and the Conservatives in the UK who elected Boris Johnson as their leader, choosing electoral appeal over competency to govern.

Hume saw how excessive factionalism causes division not only in politics, but in society as a whole. He would have despaired at how our communities have polarized today, as politicians express contempt for those they disagree with, even as they claim to speak for “the people.” “Public Spirit,” Hume concluded, “shou’d engage us to love the Public, and to bear an equal Affection to all our Country-Men; not to hate one Half of them, under Colour of loving the Whole.” He could be describing the many twenty-first century populists who have demonized their critics as unpatriotic or subversive.

Despite these uncanny contemporary resonances, we never lose sight of the fact that Hume was writing very much as an eighteenth-century Scottish man. Alongside more universal insights comes an inescapable sense of time and place, with many of the accompanying prejudices of the past. No essay illustrates this better than “Of National Characters,” which reads just like the racist European armchair anthropology it is, damned further by a notorious footnote in which Hume declares “I am apt to suspect the negroes to be naturally inferior to the whites.”

Hume was an empiricist who believed that all our beliefs about the world should be grounded in experience. He should therefore have realized that his hypothesis about non-white peoples was not only based on insufficient evidence, but flew in the face of known facts. A staunch critic of Hume, James Beattie, understood this well enough, arguing that “no man could have sufficient evidence” for Hume’s conclusion “except from a personal acquaintance with all the negroes that now are, or ever were, on the face of the earth.” Against Hume’s assertion that there are “no ingenious manufactures amongst them, no arts, no sciences”, Beattie pointed out that “the Africans and Americans are known to have many ingenious manufactures and arts among them, which even Europeans would find it no easy matter to imitate.” On these points, Beattie had the better of Hume. But on almost all else, he was Hume’s intellectual inferior.

Seeing how even a genius like Hume internalized the racist assumptions of his time acts as a warning against any hubris that we have escaped the distortions of our own age. It also warns us against following even the greatest minds, for they too have prejudices, weaknesses, and blindspots.

These are not the lessons everyone has drawn from Hume’s remarks. Instead, many concluded that the footnote exposed Hume’s claims to greatness as hollow, and that his whole philosophy was tainted by racist, imperialist assumptions—hence a successful campaign to have the University of Edinburgh’s David Hume Tower renamed. Though this indignation is understandable when the sentiments he expressed are so evidently rebarbative to us today, it can reveal a kind of moral arrogance on the part of the protestors, a complacent assumption that no decent person could ever possibly have expressed such sentiments.

Even when Hume’s Essays remain firmly stamped with the age of their inception, they not only contain universal insights buried in the particular, but provide important reminders of our intellectual limitations. The flaw that the footnote reveals is not that of a reprobate but rather an all-too-common human foible: the inability to shake off the prejudices one has adopted and the inability to live consistently according to one’s own principles. Hume spoke to both his age and all ages, and it is in his Essays that we best see both of those voices speaking as one.

Dr. Julian Baggini is a writer and philosopher. His most recent book is The Great Guide: What David Hume Can Teach Us about Being Human and Living Well (Princeton University Press). His website is JulianBaggini.com. 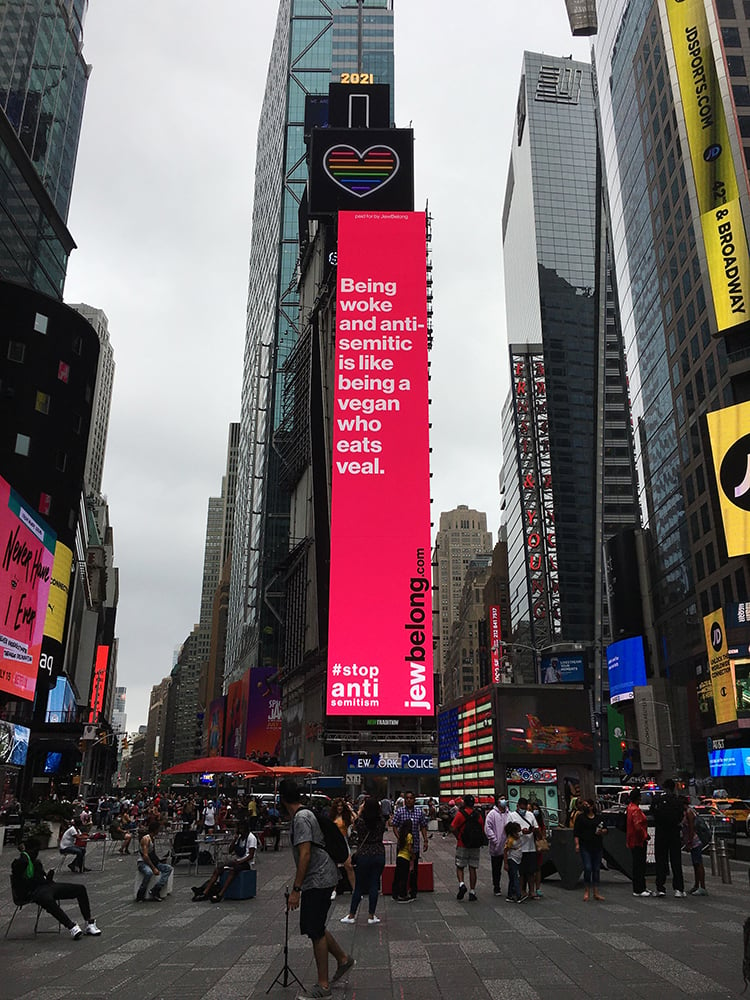 To define or not to define antisemitism? That’s a good question. We should hire Deborah Lipstadt to combat antisemitism, not punish her for doing so

On exercise: “To strive, to struggle, to sweat, is to be a human being in the fullest sense of the word”