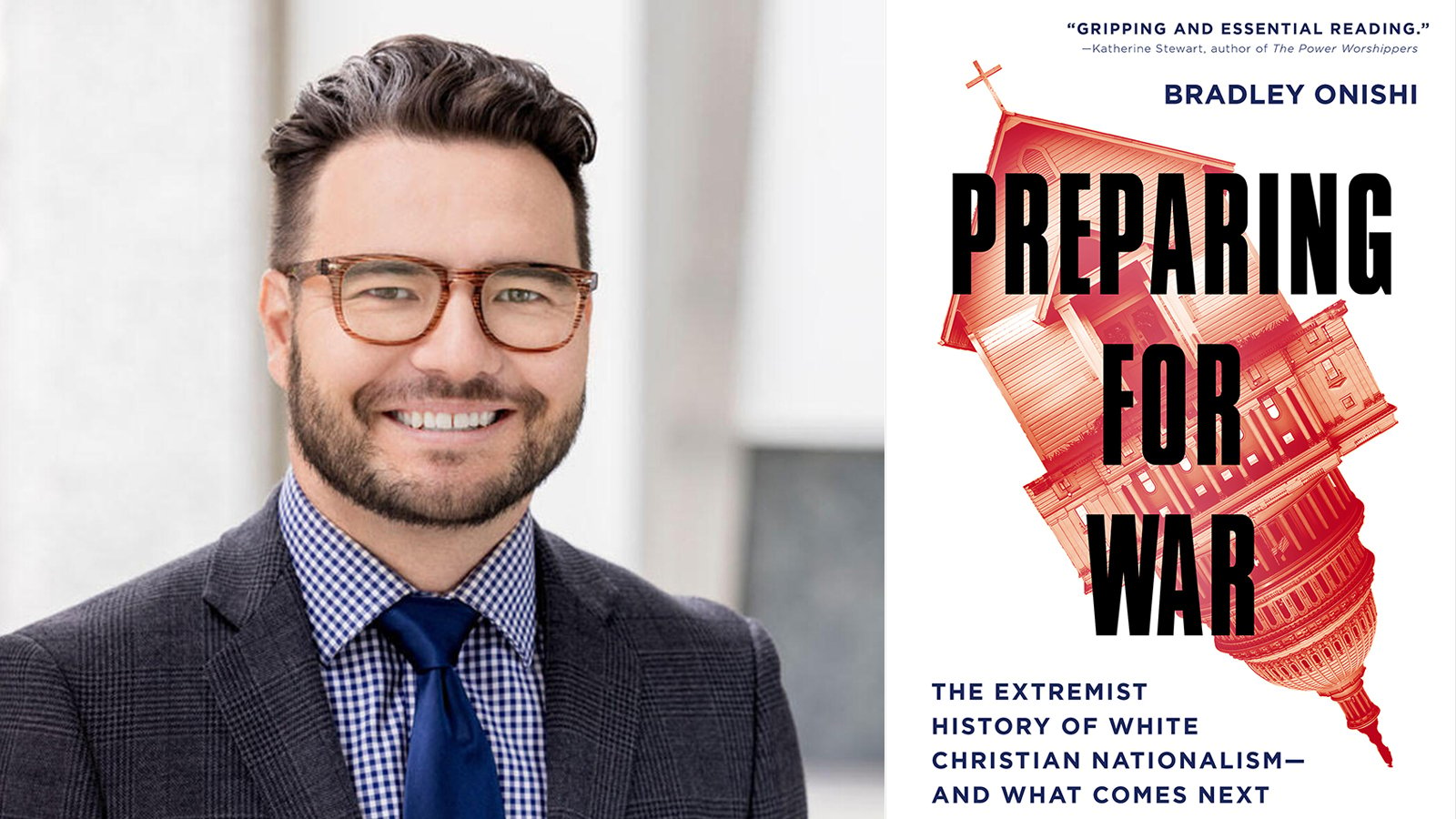 (RNS) — Bradley Onishi became a Christian at age 14 when his eighth grade girlfriend invited him to a Bible study at her church in Yorba Linda, California, just south of Los Angeles. Ten years later, he would serve as its youth minister.

Over that decade, he writes in his new book, “Preparing for War: The Extremist History of White Christian Nationalism — And What Comes Next,” Onishi grew to see his faith as less about Jesus and more about perpetuating a certain myth of the United States, one that he says forms the bedrock of white Christian nationalism.

Part memoir, part history of Southern California’s formative role in the rise of the religious right, Onishi’s book traces his growing estrangement from the faith he once zealously championed.

It also examines the Christian nationalist beliefs that he first encountered in Southern California but are now thought to be fueling a movement in Idaho, Montana, Wyoming and in the eastern parts of Washington and Oregon, sometimes called the American Redoubt, where white Christian supremacists are building a refuge.

Onishi, who teaches at the University of San Francisco, also co-hosts with Dan Miller a podcast called “Straight White American Jesus.” Religion News Service spoke to Onishi, who now calls himself a secularist. The interview was edited for length and clarity.

You describe growing up in Yorba Linda and joining Rose Drive Friends Church. Tell me what led you to peel away from church?

There were several events that made me question the either/or logic of my community. We had an in or out, us vs. them approach to morality and politics. When it came to abortion, immigration or scientific research I began to see the world in more subtle ways and it eventually led me out.

In 2005, I left Southern California for the first time to go to Oxford to do a master’s in theology. Once I arrived I was free to explore every avenue I wanted intellectually and politically. Very quickly my life changed.

Which events in particular led you to rethink things?

I remember the 2004 election between George W. Bush and John Kerry. I was determined to vote for Kerry because I thought he was a better candidate. But the elders in my church said if you vote for him you’re voting for the murder of millions of babies. I remember getting into the voting booth and being haunted by that. In my gut, I knew Kerry was a better candidate, but I didn’t want to vote for the murder of children. And I thought, these issues that are so important to the public square, they can’t be reduced like this. There must be ways to discuss this with the subtlety it deserves. This is just too reductive. I’m going to look for other ways to figure this out.

Did you vote for Bush?

Yes. I voted for George W. Bush twice. That’s a very unpopular thing to tell academics at a cocktail party. But I have to be completely honest and tell my story.

Your father is Japanese American from Maui. Did you have a more difficult time as an Asian American?

I learned early on that it was OK to be a person of color at church, but that I should not bring in concerns and issues related to being a person of color. The best way to deal with being an Asian American was to make jokes about it. I realized it wasn’t something that wasn’t going to be a feature of my identity in the community. When I left I had to face up to internalized racism and self-hatred and guilt about how I viewed myself, my family, my history, my culture, my rituals.

Living in the South, I assumed Christian nationalism was birthed here. But I learned from your book that Southern California played a huge role.

There’s no doubt that Christian nationalism has been at home in the South for centuries. But in the middle of the 20th century, millions of white Southerners and Midwesterners left to places like Arizona and Southern California and reshaped the landscape according to their vision. What ended up happening in Orange County is this pure distillation of white Christianity, mixed with vehement American nationalism, a libertarian approach to economics and a strong anti-communism that veered into conspiracy. The Southland, as I call it, became the epicenter of the new right.

This is the land that made Barry Goldwater the GOP nominee for president in 1964. My church and hometown were those of Richard Nixon’s. This is the place where Ronald Reagan’s political career was cultivated. Our airport in Orange County is called John Wayne Airport. He was a deeply conservative figure who was invested in campaigns for Reagan and others.

And now Orange County has changed. It’s no longer a Republican stronghold.

It went for Hillary Clinton in 2016, the first time it voted for a Democrat since the Great Depression. There are many people of color, especially Asian Americans. And yet the white Christian nationalists have become even more extreme. It is now a battleground politically, in ways it hasn’t been for a long time.

You write about a connection between evangelical purity culture, which promoted an abstinence-until-marriage ethic, and white Christian nationalism. Explain the connection.

White Christian nationalism envisions the American body politic as straight, white, Christian, born in the U.S. and abiding by patriarchal norms. Purity culture, which manifested itself in the 1980s and 1990s, encouraged teenagers to be celibate before marriage. It also told teenagers that following God’s plan for sexuality and playing the role God has given you in terms of gender would renew the nation. It would save America from ruin and from sin. Creating the right kind of teenaged bodies would create the right kind of America. For me, the desire for white Christian nationalism was thrust upon the bodies of white teenagers.

You argue that the Jan. 6 insurrection is just a foretaste of what’s to come, and use some interesting comparisons to examine it. What are they?

It’s easy to conclude that, since we have not had a similar event in the two years, we’re in the clear. But events like Jan. 6 can turn into a battle cry for victory. The Confederate argument for the Lost Cause and Hitler’s Beer Hall Putsch are both seeming defeats that only strengthened movements based on a conception of the nation being stabbed in the back by elites and invaders. To me, if we don’t adjudicate and hold responsible those who incited (the events of Jan. 6), we are in danger of allowing it to become something that encourages further violence. The Big Lie has not evaporated. It’s only gained traction. To me, that’s quite frightening.

You write that as many as 50 of your church friends have now left Southern California for what’s sometimes called the American Redoubt. Why?

As we speak today, I think I could find 100 church people or high school friends. Idaho, Montana and Wyoming, as well as parts of Washington and Oregon, are a refuge for Christians who hold traditional values on family, gender, guns, religious liberty. This part of the country is more than 90% white.

The goal of many people in the American Redoubt is to prepare for the next civil war and to rebuild this country in their own image, which is theocratic. There are counties in Idaho where far right extremists have made inroads. It’s not a matter of “Why do we have LGBTQ books in the library?” People are asking, “Why do we have a library?” That’s an indication of how far rightward some of the politics have crept. 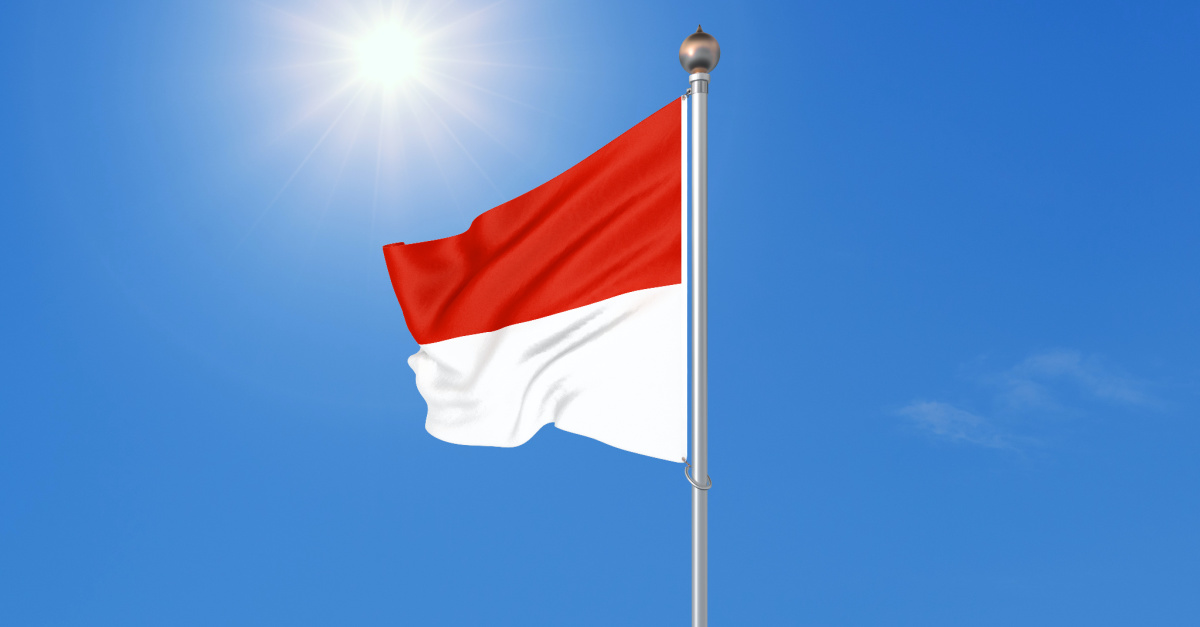 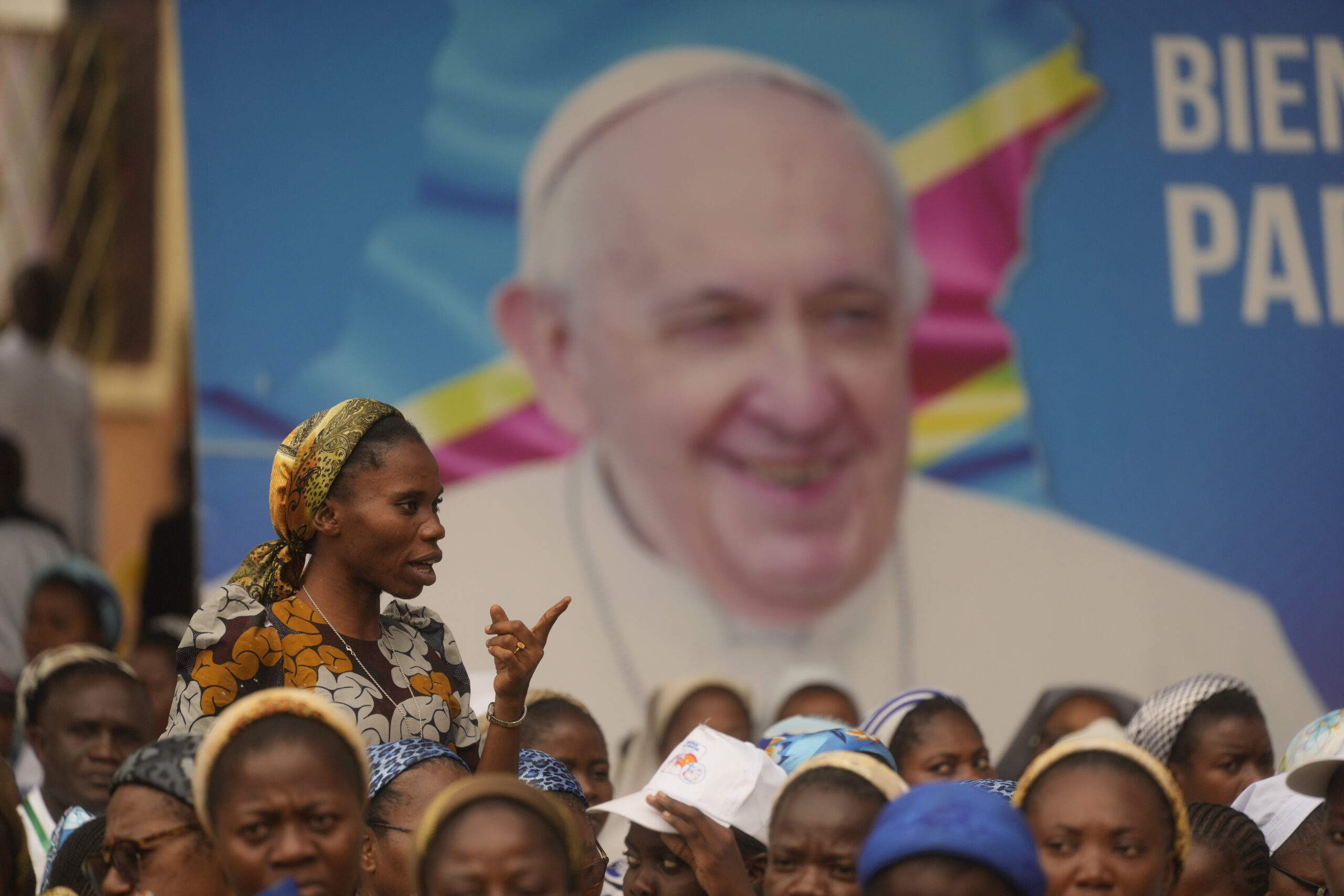 Pope rallies Congo’s youth, and gets a thunderous response

“I do not have much liking for the too famous existential philosophy, and, to tell the truth, I think…”

Photos: 7 Decades of the Soviet Union