The Heisman Trophy Is Named After This Coach and Innovator

John Heisman may be best known for the college football trophy that bears his name. But the Ohio-born man’s impact on the game went far beyond the award given annually to the top player in college football’s highest division. In the sport’s earliest days, Heisman was a successful coach at eight different schools and an innovator who helped shape the modern game.

“He was able to mold the game in his image, or what he envisioned it looking like,” says Jeremy Swick, historian and curator at the College Football Hall of Fame. “A lot of those early pioneers had that ability to dictate how the game would be changed.”

Heisman’s many innovations included the center snap, the handoff, breaking the game from two halves into four quarters, adding a scoreboard for fans, the pre-snap shift and instituting the hike/hut cadence. Heisman’s most important influence may have been his role in legalizing the forward pass.

Swick says part of the reason the Heisman Trophy, awarded by the Downtown Athletic Club of New York, was given its name in 1936 was because Heisman was so well known.

“Nobody knew the Downtown Athletic Club,” he says. “But everyone knew who John Heisman was.”

Who Was John Heisman?

Johann Wilhelm Heisman (John William) was born in Cleveland on October 23, 1869, the son of German immigrants from Bavaria. By the time Heisman was 7, his family had moved to Titusville, a small town in an oil-rich area of northwestern Pennsylvania.

An excellent student, Heisman gave a high school valedictory speech, “The Dramatist as Sermonizer,” that included several references to Shakespeare. As a football coach years later, he weaved literature and elaborate terms into his speeches to players.

At the opening of many fall football practices, Heisman would hold up a ball and call it “an elongated spheroid—that is, an elongated sphere—in which the outer leathern casing is drawn tightly over a somewhat smaller rubber tubing. Better to have died a small boy than to fumble this football.”

At age 17, Heisman went to Brown University, where he formed a club football team. After two years, he transferred to the University of Pennsylvania with the hope of pursuing a law degree. As a 5-foot-7, 158-pound lineman, he played three years at Penn. An accident—reportedly an antiquated battery light flashed in his face—nearly cost him his vision. So, rather than practice law, he returned to Ohio (the family had moved back in 1890) and took the coaching job at Oberlin College in 1892.

In 1895, Heisman became coach at the Agricultural and Mechanical College of Alabama, modern-day Auburn University. There Heisman introduced the first hidden-ball play, a bit of trickery that often baffled opponents. Heisman had quarterback Reynolds Tichenor conceal the ball under his shirt while inside a wedge (then legal) of players. The wedge suddenly scattered, and Tichenor, who pretended to tie his shoe, got up and scored untouched.

Heisman’s longest and most successful tenure was with Georgia Tech, where he spent 16 seasons (1904-1919). His 102 wins there included a 33-game winning streak, a national title in 1917 and the most one-sided victory in college football history: 222-0 over Cumberland in 1916.

Despite his team’s 126-0 halftime lead, Heisman urged his team to keep the pressure on. “You never know what those Cumberland players have up their sleeve,” he said. “So in the second half, go out and hit ‘em clean and hit ‘em hard. Do not let up.”  Although Heisman agreed to shorten the quarters to 12 minutes from 15, speculation remains that Heisman ran up the score because he thought Cumberland used professional players to beat Georgia Tech in baseball, which Heisman also coached.

In 1922, Heisman wrote Principles of Coaching, a complete breakdown of the craft that included chapters on how to play each position. A coach, he wrote, should be “little short of a czar,” but it was also vital he admit his mistakes and never use profanity. He called a coach “a man of education and culture” and important in world affairs. In a chapter on healthy training, Heisman forbade smoking and coffee during the season and alcohol at any time. Ice cream was O.K. a couple times a week, “if pure.”

“The lad is ‘deaf to the voice of consanguinity,’” he wrote about players, “but he will do most anything short of committing murder for a winning coach.” Before a game against Pittsburgh in 1918, Heisman even gave a speech to his team that touched on the heroes of ancient Greece and a dead soldier in the ruins of Pompeii.

Heisman also stood up for his principles. When coaching Washington & Jefferson in 1923, he refused to play a game when Washington and Lee, a Lexington, Virginia-based school, demanded Heisman not use a Black player. At Georgia Tech, he counseled a Jewish player who faced anti-Semitism.

Football was a violent game in the 1900s—most players did not wear headgear, and helmets were not mandatory for players until 1939. In 1905, at least 18 people died and more than 150 were injured playing football, according to the Washington Post. That year, President Theodore Roosevelt, an avid college football fan, convened a summit at the White House to discuss how to make the game safer.

For three years, Heisman lobbied Walter Camp, the former Yale coach and so-called “Father of American Football,” and other members of the game’s rules committee to allow the forward pass, reasoning it could open up the field and thus make it safer. In 1906, Camp and rule makers approved the change—one of the most significant in the history of the game.

“American football had come over the line which divides the modern game from the old,” Heisman wrote in an article for Collier’s magazine after he retired in 1927. “Whether it was my contribution to football or Camp’s is, perhaps, immaterial. Football had been saved from itself.”

In May 1930, Heisman was named the first director of the Downtown Athletic Club of New York City. In that role, he founded the Touchdown Club of New York and the National Football Coaches Association. At the insistence of the DAC officers, he also set up the system that would award a trophy to the player voted the best in college football east of the Mississippi River. The first Downtown Athletic Club trophy was presented in 1935 to Jay Berwanger of the University of Chicago.

But before the next season ended, Heisman died suddenly on October 3, 1936, after contracting pneumonia. Soon after, the DAC Award was re-named the Heisman Trophy, and the award’s criteria were expanded to include the entire country.

‘Arsenic and Old Lace’: The Real Murders Behind the Halloween Classic Film 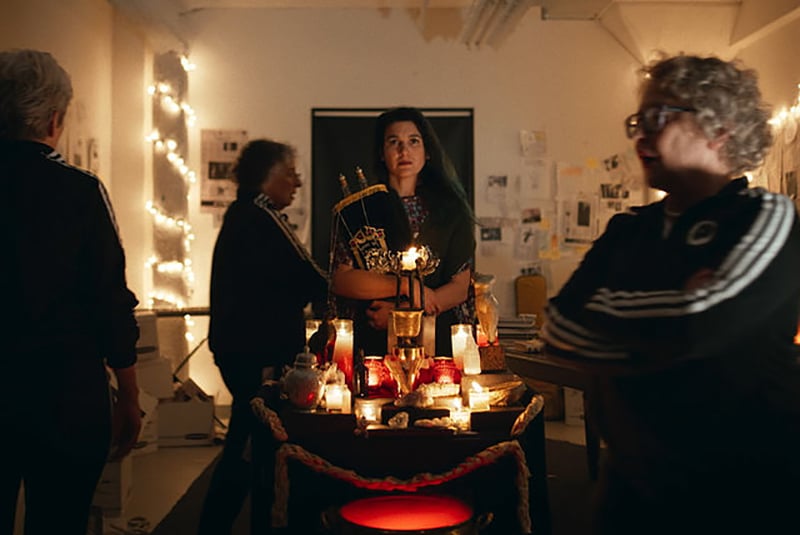 How some ‘Jewitches’ are embracing both Judaism and witchcraft 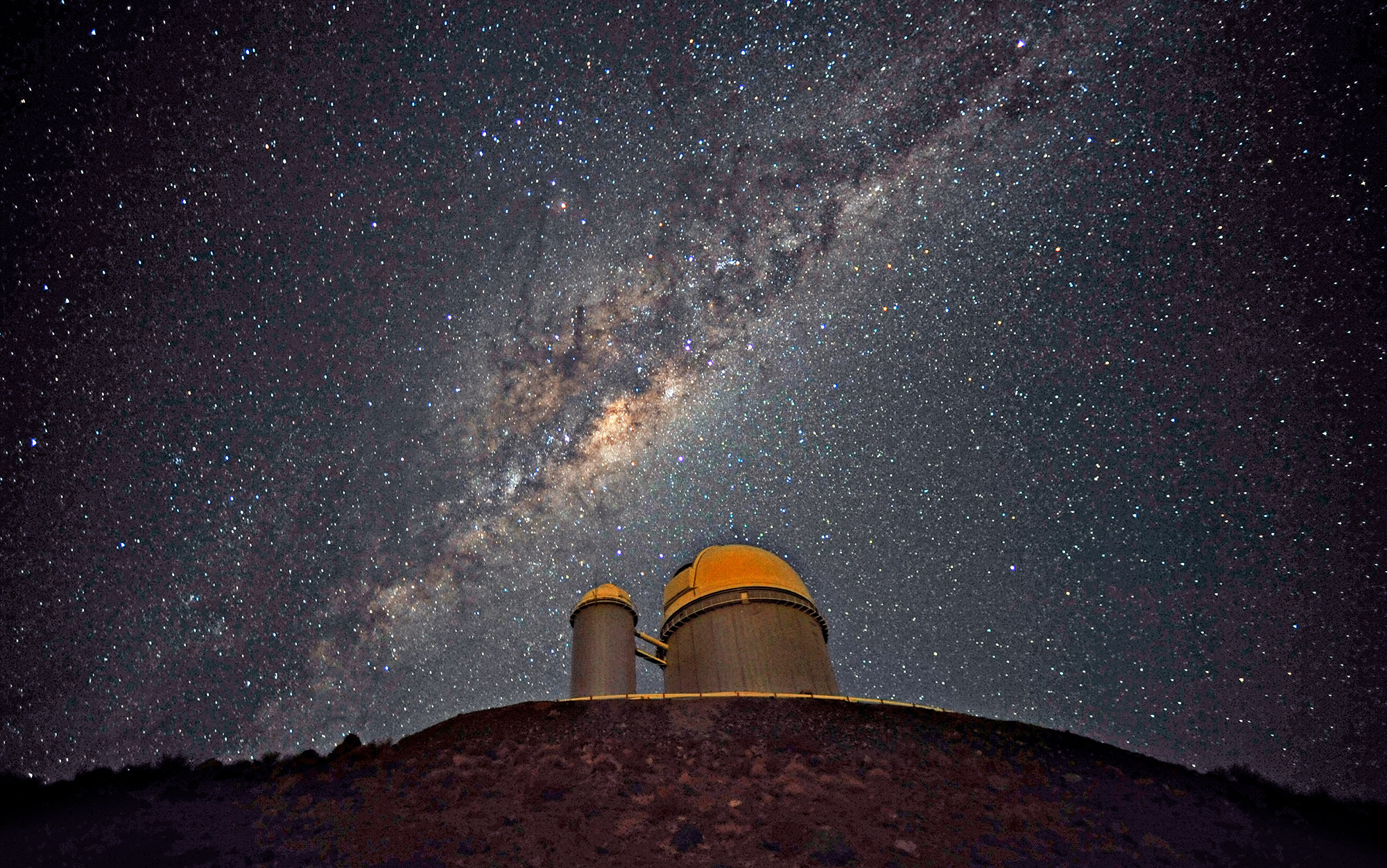 The search for alien tech