The Scotfree | Will Colombia Vote for its First Ever Left-Wing President? The Scotfree

Will Colombia Vote for its First Ever Left-Wing President? 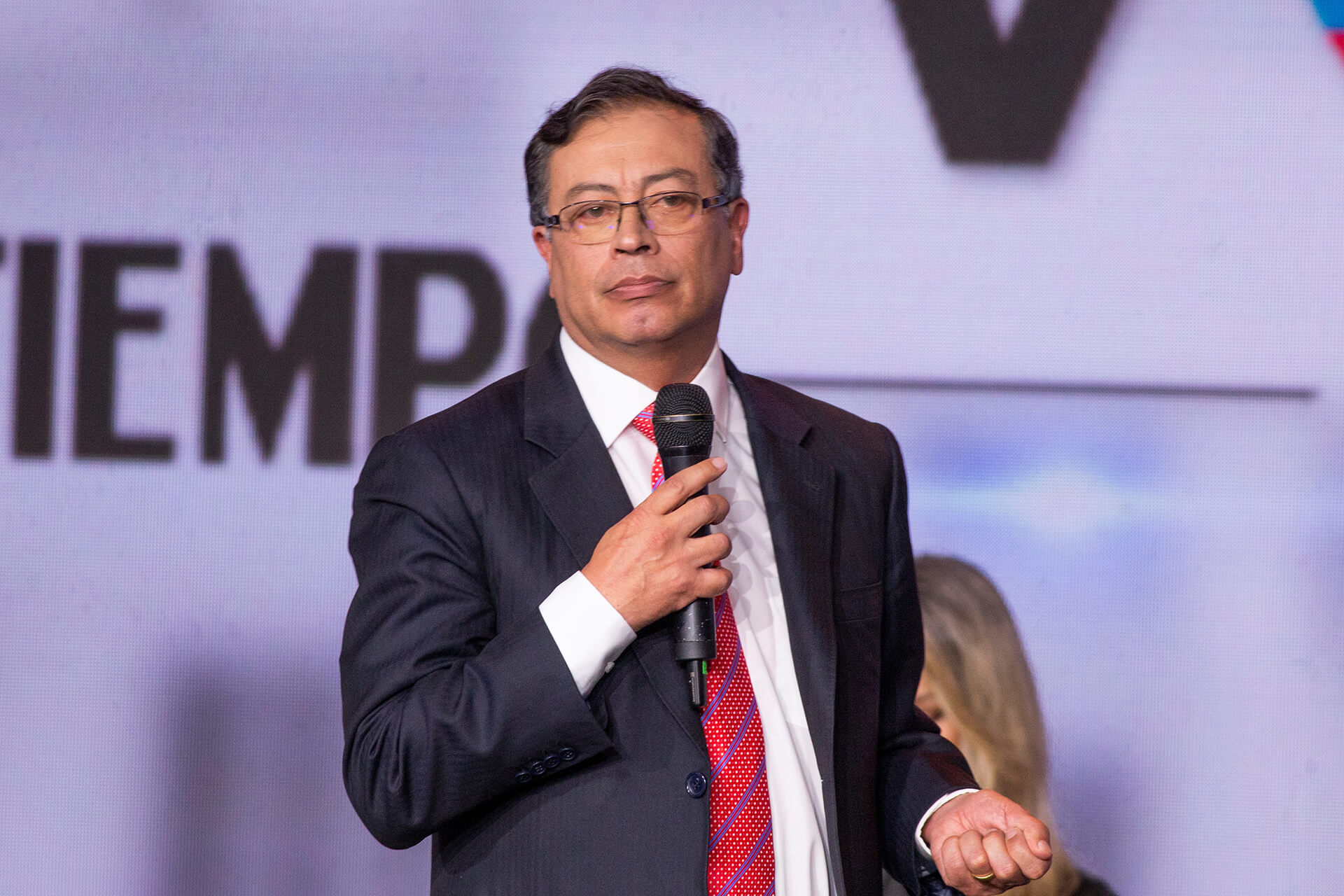 In Colombia’s upcoming presidential election, progressive candidate Gustavo Petro leads the polls, suggesting he may become the country’s first ever left-wing president. But with voters polarized and the nation shaken by drug-fuelled violence and battling a COVID-19-induced economic slump, whoever emerges as the new president is set to assume a daunting to-do list.

Petro, the former mayor of Bogotá who came second in the last presidential election in 2018, is running on a platform of addressing inequality, as well as curbing Colombia’s oil trade. As the candidate for the Historic Pact party, Petro is appealing to a broader range of potential voters. Francia Márquez, his running mate, is an Afro-Colombian human rights and environmental activist who, if elected, would also make history as the country’s first black vice president.

The vote will be a litmus test of whether Colombia, long a right-wing stronghold, is ready to swing towards the left. Given the country’s five decades of violence between Marxist-inspired guerrillas and paramilitary and state forces, many voters remain suspicious of the left. However, patience with right-wing rule is wearing thin. Anger spiked in 2021, when people took to the streets of major cities to protest the right-wing government’s plan to raise taxes despite a steep coronavirus-era economic downturn. These sometimes violent demonstrations were often brutally repressed by police: A UN report said at least 44 civilians and two members of the police died.

Growing discontent with President Iván Duque Márquez, a conservative like others before him, has more than halved his approval ratings. In any case, Colombian presidents cannot run for a second term. Polls released in late April showed that Petro’s support at 43.6%, while the center-right candidate Federico “Fico” Gutierrez, a former mayor of Medellín, the country’s second-largest city, commanded 26.7% support.

However, Petro will need to take more than 50% of votes in the May 29 ballot to win outright. If no single candidate garners more than half of the votes, the two frontrunners will take part in another round in June.

Rural Killings Are on the Rise

Colombia is facing deep political fissures. Violence is climbing in rural areas, raising doubts about the chances for the historic peace agreement to hold. This agreement was signed by the Colombian government and the Revolutionary Armed Forces of Colombia (FARC) more than five years ago.

In the context of the nation’s long and bloody civil war, the 2022 Colombia Country Report of Bertelsmann Stiftung’s Transformation Index (BTI) has described the new wave of killings of activists, human rights campaigners, and former FARC fighters as “a new phase in the country’s trajectory of violent conflict.” The BTI’s governance index, which assesses the quality of political leadership steering transformation processes, showed how Colombia’s performance score ticked lower between 2020 and 2022. It has, fallen from 6.42 to 5.88 out of a possible 10 points. For the last 10 years, it forms an inverted U-curve, rising under previous president Juan Manuel Santos Calderón from 5.98 to 6.93 points in the BTI 2018, only to fall to the lowest score in a decade under Duque.

The World This Week: Peace in Colombia After 52 Years of War

The 2016 peace process was lauded internationally, earning Santos a Nobel prize. The peace process has been gradually weakened by Duque’s government. The new president will likely make or break the success of the peace deal. The process could be protected if the new leader commits to holding up the Colombian government’s side of the deal by offering aid to affected municipalities and protection for community leaders in areas where violence is rising. Alternatively, the new president may extend Duque’s established pattern of intentionally thwarting the process. Of those in the running, Petro, who in his youth was a member of the now defunct M-19 rebel group and is a long-term advocate for social equality, is the only candidate pledging to work to restore the floundering peace deal.

Meanwhile, the incoming leader will have to deal with the fallout of neighboring Venezuela’s humanitarian disaster. Food scarcity and violence have made about two million Venezuelans to seek refuge in Colombia.

Does this Volatile Oil-Based Economy Mark a New Trend?

The coronavirus pandemic sent the Colombian economy diving into its sharpest recession in more than a century. Now, the GDP is projected to grow again by 5.5% in 2022 and 3.1% in 2023. However, the search for “a decent and better life” remains a priority for many voters, explained Mariano Aguirre, an associate fellow of Chatham House and Friedrich Ebert Stiftung Bogotá. Around 19.6 million people out of a population of 50 million were in poverty by the end of 2021. Of these, millions were living in extreme poverty.

“Many but not all of these votes will go for Gustavo Petro,” Aguirre said in an interview. “But many will vote against him for fear of a too leftist government. These votes will be both from sectors of the middle class and the powerful elite that sees its privileges threatened. On the other hand, there will be voters from regions outside of Bogotá seeking to move away from the traditional ‘vote buying machine’ and deeply rooted local corruption. They are seeking new democratic ways of doing politics — many will turn to Petro in the hope he will change the status quo.”

The rival candidates for the 2022 election take starkly different stances on how they would steer Latin America’s fourth biggest economy. Colombia’s economy is tied to commodities. In particular, oil makes up around half of the total exports. This situation leaves Colombia exposed to price shocks which, combined with the deep cleft between the rich and the poor, means that the potential for social unrest remains high. Petro has a track record of challenging Duque’s emphasis on energy exploration along Colombia’s coasts. Instead, he seeks to turn the country into an energy transition frontrunner by halting oil exploration and replacing fossil fuel income with income from renewables and other sectors.

Analysts meanwhile view the Colombian ballot in a broader context. Some see it as a test of a fledgling second Latin American “pink tide”, referring to the term for a wave of left-wing electoral victories in the continent in the 2000s. Recent left-wing victories have included Gabriel Boric’s election in Chile and Xiomara Castro’s rise to power in Honduras. Looking ahead, eyes will be fixed not just on Colombia’s historic vote but on the general elections in Brazil in November to see how the next chapter unfolds.

Russia reported on control in the Sea of Azov 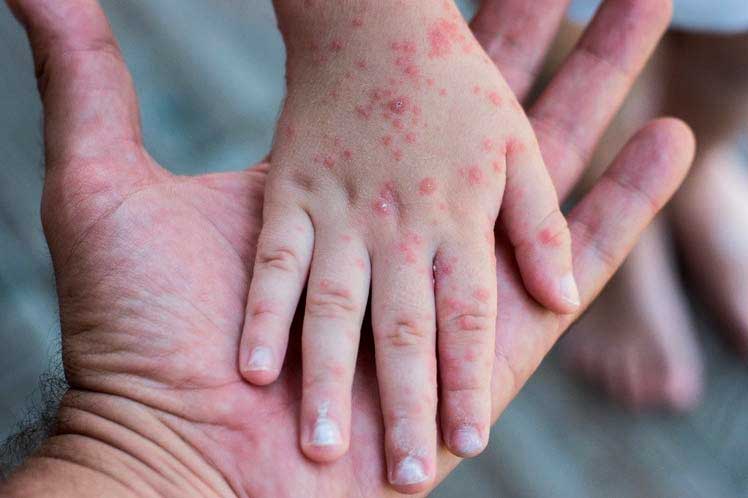 Guatemalan women among the 100 most powerful in Central America