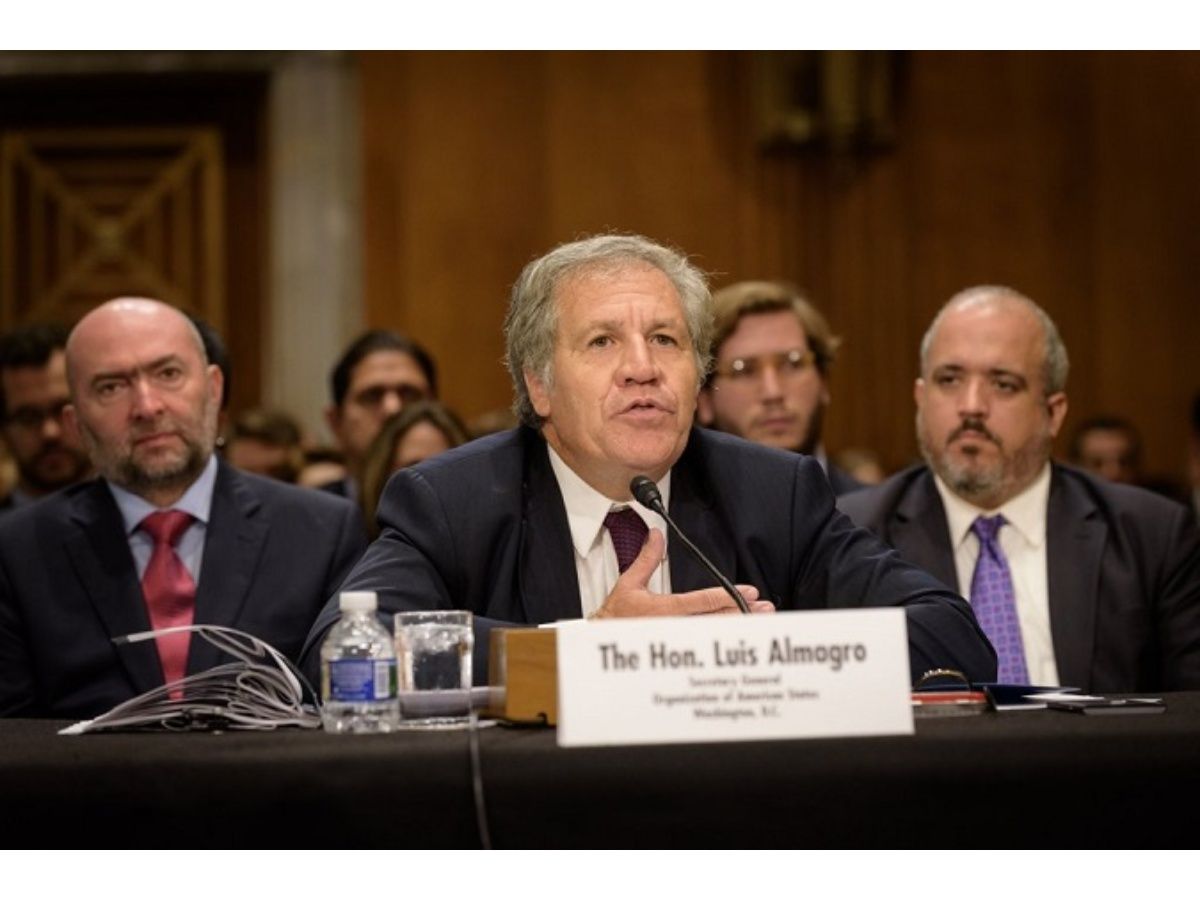 Cuban Foreign Minister Bruno Rodríguez Parilla denounced on Wednesday a U.S. campaign to pressure members of the Organization of American States (OAS) to sign a joint statement condemning the arrests during the July 11 protests.

‘Cuba Will Never Be a Land of Hatred’, Diaz-Canel Says

Following the protests, the Cuban government demonstrated the participation of U.S. organizations in the disturbs with the compliance of Twitter, which allowed bots to turn the hashtag SOS Cuba into a global trending. The hashtag helped mobilize the opposition to demand a military intervention as well as to spread fake news afterward. Thus, far, the U.S. has not responded to these accusations.

The disturbances in Cuba were marked by unprecedented violence and vandalism, jeopardizing the lives of hundreds of Cubans, including peaceful demonstrators and revolutionaries who took to the streets in response.

I denounce that the US State Department is exercising brutal pressures on the governments of a group of OAS States, forcing them to support this statement or issue a similar one.

I challenge @SecBlinken to recognize or refute the authenticity of text drafted at the @StateDept. pic.twitter.com/MmYEvF1a6t

However, the mainstream media have tried to deemed the protests as peaceful to legitimize the narrative that the Cuban government, which does allow the right to demonstrate peacefully, was repressing those who do not support the revolution.

“On July 11, thousand of Cubans participated in peaceful demonstrations to protests deterioration of living conditions and demand a change (…) We urge the Cuban government to free the detained for exercising the right to peaceful protest,” the draft Cuban authorities had access to indicates.

In another challenge to U.S. authorities, the Cuban Foreign Minister denounced via Twitter that “the US State Department exerts brutal pressure on the governments of a group of OAS States, forcing them to join this statement or issue a similar one.” Also, the official summoned the Secretary of State Department Antony Blinken to “recognize or deny the authenticity of this text.”

Ushuaia satisfied with the resurgence of its fishing industry