Until the Bennett-Lapid gov’t is sworn in, nothing is final – opinion

On April 11, 1990, Shimon Peres went to sleep certain that he was about to become prime minister. Hours earlier, he had presented his new government to the Labor Party. It was narrow and tight, but just enough to replace Likud’s Yitzhak Shamir, who Peres had brought down in a no-confidence motion – the first time in Israeli history – a month earlier.

After arriving at the Knesset that morning for the fateful vote that would see his government sworn in, Peres received the shock of his political career: two of the United Torah Judaism MKs – Avraham Werdiger and Eliezer Mizrachi – had gone missing.

Mizrachi, Peres would later find out, was in hiding under the protection of bodyguards hired by Likud MK Ariel Sharon. Werdiger phoned Peres to explain that he also could not vote for such a dovish government.

Devastated, Peres had to cancel the vote and ask president Chaim Herzog for an extension to form a government. But it didn’t help. Peres returned the mandate after failing to form a coalition, and a month later Shamir formed what was then the most religious and right-wing government in Israeli history.

The move would go down in political folklore as the “Stinkin’ Maneuver,” a phrase coined by Yitzhak Rabin.

On Sunday, Naftali Bennett and Yair Lapid will try their hand at swearing in a government with exactly 61 members. If one or two disappear or go into hiding, this government, too, could be stopped before it even takes office.

Will it happen? As of now, it seems unlikely. Bennett has closed his party’s ranks, and all members seem ready to vote in favor of the change coalition that will oust Benjamin Netanyahu after a 12-year term.

While the coalition members were confident on Thursday that the government would be sworn in as scheduled, Netanyahu was still doing what he could to torpedo it. “It ain’t over till it’s over,” said one senior member of the coalition, echoing Yogi Berra.

The vote is scheduled for Sunday afternoon. Only then will Israelis know for certain that a new government has taken office.

Until then, people will remain split. There are those who still have difficulty imagining Netanyahu out of office, and those who yearn for that day to come. Each side has its reasons and arguments, and both have ground to stand on.

The pro-Netanyahu camp believes that without Netanyahu, Israel will lose an experienced hand in foreign affairs, one who has forged strong ties with leaders across the globe. Champagne, cigars and even possible bribery doesn’t bother this camp.

The other side has difficulty seeing beyond the corruption, the divisiveness, and the undermining of Israel’s democratic institutions.

Netanyahu has done it all.

He brought the first vaccines to Israel, while at the same time inciting against this new government. He fought terrorism at the same time that he worked to weaken the police and the judiciary. He is complicated and tough, both a fighter for Israel and a fighter against Israel.

An agreement over his legacy will not be resolved by Sunday.

But there is one part of this government that all Israelis should align behind, and that is the removal of haredi (ultra-Orthodox) politicians from positions of power and influence in Israel.

The attack that Arye Deri, Yaacov Litzman and Moshe Gafni launched against Bennett on Tuesday was not only delusional in its language and ferocity, it was also scary.

Here were three senior members of the coalition for 10 of Netanyahu’s 12 years who feel that they own the country, that they get to determine who is Jewish, who is religious, and who gets to wear a kippah. They are the judge, the jury, and God, all wrapped in one.

In calling the first religious prime minister “wicked,” “evil” and someone who will rot for his crimes against Judaism, these political “leaders” were already launching an assault against the incoming government, and for two reasons: the loss of control over state money, and their fear that a new government will appoint a State Commission to investigate the Meron disaster (remember the 45 victims?), which could implicate them.

The show they put on as if they are the protectors of Judaism showed why this change government is so important.

These three men have received too much control and authority in recent years, granted to them by Netanyahu. Their removal from power will hopefully teach the community that they claim to represent not only how their politicians do not really care about them and their quality of life (ensuring people live in poverty is not helpful), but also that they are actually destroyers of religion and not its protector.

The haredi monopoly in Israel over matters of religion and state has turned too many people away from Judaism in recent years.

Just look at the dwindling number of couples that marry through the Chief Rabbinate, the restaurants ditching the rabbinate’s kashrut certification, and the growing sense of hostility toward the haredi community.

I am not talking just about politicians like Avigdor Liberman, but ordinary Israelis – secular and religious – who are fed up with haredi autonomy and sense of entitlement.

The way haredim behaved during corona lockdowns – keeping their schools open while others were closed – showed not only disdain for the state and its laws, but also a complete lack of respect for the rest of the citizens in this country who kept their kids at home to stop the spread of infection, only to see haredi men and women fill up hospital wards.

In February, 20% of tests taken in the haredi community returned positive, while in the rest of the country just 9% came back positive. One recent poll taken by the haredi news website Kikar Hashabbat found that the epidemic increased negative sentiment toward the haredi sector among 61% of secular Israelis.

He doesn’t have to do much to make that happen. Together with party member Matan Kahana who will serve as Religious Affairs minister, Bennett can change the way religion is spoken about in Israel, emphasizing openness and acceptance as opposed to the Shas and UTJ way of rejection.

It is a unique opportunity, one that will hopefully not be missed.

Two events happened this week that seemingly do not have anything to do with one another, but are actually directly connected and carry with them strategic ramifications for the State of Israel.

The first was the publication of details connected to “Officer X,” the IDF intelligence officer who mysteriously died in prison after he allegedly committed grave security offenses against the state (as the IDF said in its statement). The story broke in the media last week, but for the first few days the IDF refused to say anything, hiding behind the Military Censor and court gag orders.

Israelis still do not know what happened to the officer, a situation that continues to damage the level of trust between the public and the IDF. If the military can vanish an officer for nine months without anyone knowing, what else can it do? In a democratic country like Israel with compulsory military service, this is a scary situation.

The second event was the visit on Monday by Israeli Ambassador to the US/UN Gilad Erdan to the offices of the Associated Press in New York. He met there with the news wire’s top management and presented them with the reason why during last month’s war, the IDF bombed the media tower in Gaza where AP and Al Jazeera had their bureaus: Hamas was housing – inside that 12-story al-Jalaa building – a military system meant to disrupt the Iron Dome.

What these two events have in common is that they demonstrate the IDF’s complete failure to understand the media landscape, and the impact its actions have on public perception, narrative, and public diplomacy.

In the case of “Officer X,” information has been coming out in blog posts and on social media about the officer’s identity, and what he allegedly did.

If the IDF is telling the truth when it claims that the officer did not engage in espionage, why then not reveal what he did?

Moreover, the IDF had nine months to plan for the story eventually getting out, but did nothing to prepare except try to hide behind the Military Censor and court gag orders.

Soldiers in the IDF and candidates for service need to believe in the military and be able to trust their commanders. The fact that an officer can be made to disappear and then be mysteriously found dead in his military jail cell does not build trust.

The AP story is another example of not just a failure to understand the media terrain but also of gross national negligence. When the IDF bombed al-Jalaa on May 15, it initially felt it didn’t need to explain anything, issuing only a laconic statement that Hamas had military assets in the building.

It seems no one in the IDF or the Defense Ministry foresaw the anger the attack would stir in the US, and the condemnations it would draw from the White House and the State Department. Even after the attack, Chief of Staff Lt.-Gen. Aviv Kohavi and Defense Minister Benny Gantz did not feel a need to explain what had happened, taking days until they finally updated their counterparts in Washington.

Why, for example, could Israel not have released the Iron Dome disruption story on May 15, right after bombing the building, or at the latest on May 16? Why did it wait almost a month – a month! – before explaining this week why it did what it did?

These two events did not simply happen on their own. They were orchestrated and designed to happen this way because of negligence, unprofessionalism and a complete misunderstanding of the importance of public diplomacy and the role the media plays in setting narrative during conflict. And also in times of crisis like in the case of Officer X.

On Sunday, Brig.-Gen. Ran Kochav, former head of the Air Force’s Air Defense Directorate, took up his new role as IDF Spokesperson in place of Brig.-Gen. Hidai Zilberman, who will soon leave for Washington to serve as Israel’s military attaché.

Kochav is said to be a serious and thoughtful officer, but to succeed in his new role he will need to do more than just organize favorable color stories about Kohavi in the Hebrew press.

Every military campaign or crisis is accompanied by a battle over narratives. Kochav needs to recognize this and ensure that in the next war the public diplomacy front will not be neglected.

It is a unique opportunity, one that hopefully will not be missed. 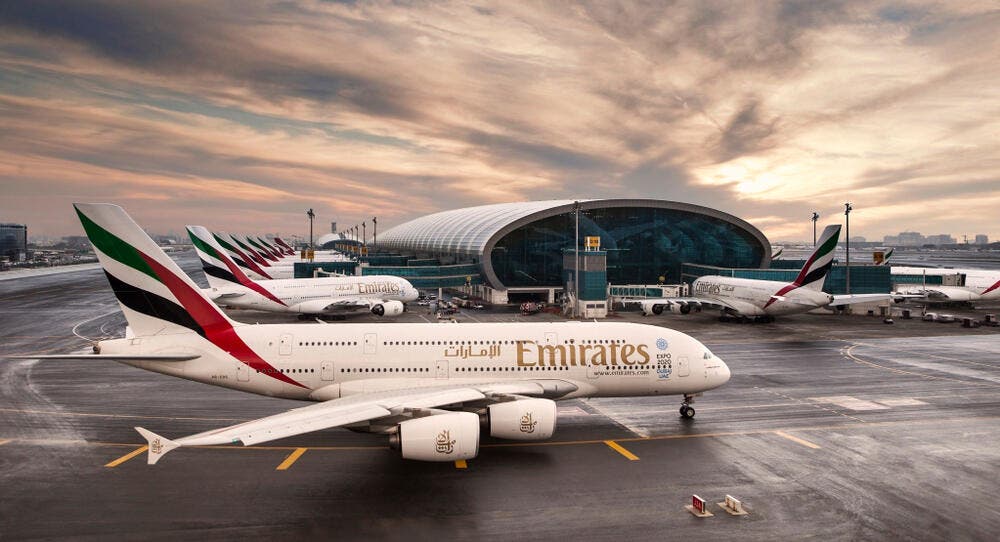 US to aid UNWRA on condition of new curriculum