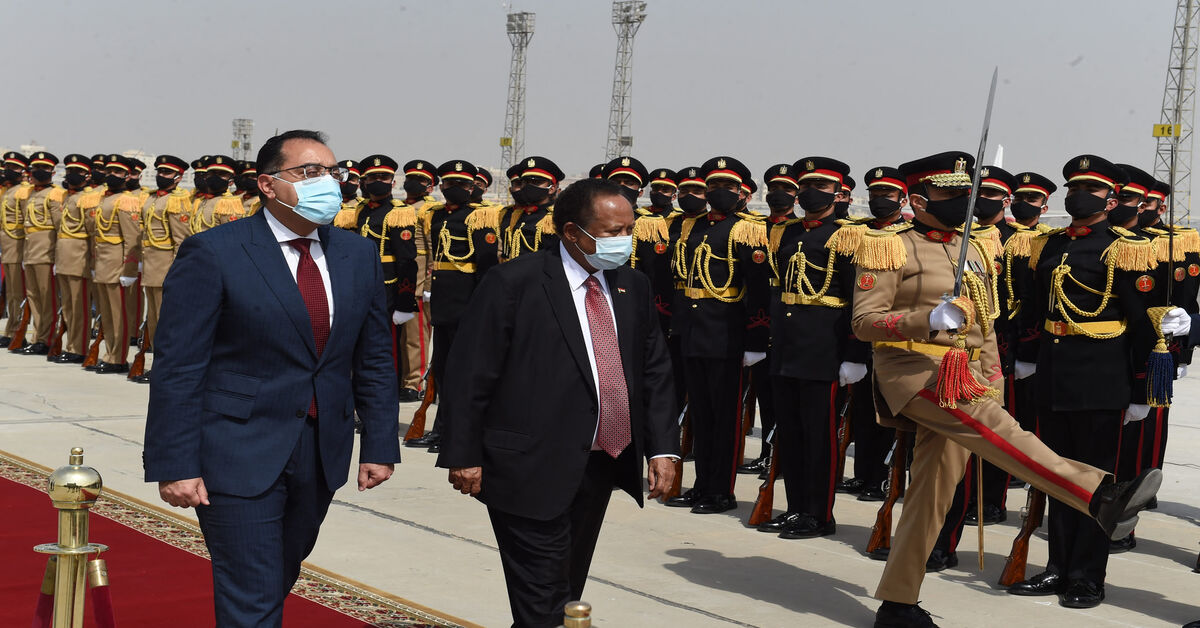 Egypt called on the parties to the political conflict in Sudan to take part in choosing a new, consensual transitional prime minister in preparation for the formation of a new Cabinet as soon as possible.

Egypt announced its support for a United Nations initiative for a dialogue between the political actors in Sudan, in a bid to reach a deal that ends the current political crisis. The initiative has been widely welcomed at the international level, including by the United States and the United Kingdom.

Sudan is struggling through its fragile transitional phase to a civilian democratic government, following the popular protests in April 2019 that overthrew a decadeslong dictatorship.

Egypt said that the dialogue between the political parties would solve the current crisis and prevent the country from slipping into chaos, according to a Jan. 8 statement by the Foreign Ministry.

On Jan. 13, Al-Araby Al-Jadeed newspaper quoted an unnamed Egyptian source as saying that Cairo has begun to intensify its contacts with the parties to the crisis in Sudan, in an effort to play a mediating role to reach an agreement that guarantees the continuation of the transitional phase and the selection of a consensual prime minister until the completion of the democratic transition process in the country.

Sudan has been going through a state of political instability and insecurity since the military coup in October 2021, through which the army seized power, ending a power-sharing arrangement with civilian partners in governance and which was aimed at paving the way for democratic elections.

Special Representative of the Secretary-General and head of UNITAMS Volker Perthes said that the initiative will be limited to holding indirect and individual preliminary consultations among the Sudanese stakeholders, in the hope for moving to a second stage of direct or indirect negotiations. He told reporters Jan. 10 that the army did not express any objection to the initiative.

UN officials are asking the Sudanese stakeholders to submit their visions to move forward in the process, in the hope of converging views on points of agreement and disagreement at the end of the talks.

However, the pro-democracy groups and political parties that were ousted from power refuse any direct talks with the military and demand the establishment of civilian rule without any partnership with the military.

Osman Mirghani, a Sudanese political analyst, said that the UN initiative came at a time when Sudan is suffering from a complete political blockage and there is no chance of inter-Sudanese dialogue.

He told Al-Monitor that the repression of demonstrators demanding the withdrawal of the army from politics and the resulting casualties complicated the situation and heightened tension between the civilian and military components. The initiative may lead to dialogue so as to reach a solution before hitting a point of no return, he said.

The current political scene was further complicated after Sudanese Prime Minister Abdalla Hamdok resigned in early January, weeks after his return to office under a controversial agreement with army leaders.

In the midst of the army coup in October, Hamdok was placed under house arrest, before he returned to office Nov. 21, following a deal with the army chief, Abdel Fattah al-Burhan. Yet protesters rejected the agreement or any partnership with the military.

Under this deal, Hamdok was supposed to lead a government of technocrats until holding the elections in early 2024.

The 15 members of the UN Security Council, in a session held Jan. 12, expressed their support for the UN initiative to end the crisis in Sudan. During the Security Council session, Perthes called for ending the state of emergency in Sudan in order to create an environment conducive to dialogue, stressing that this initiative is “the last glimmer of hope in the country.”

Kholood Khair, managing partner of the Khartoum-based Insight Strategy Partners, a think tank that focuses on transitional policy, told Al-Monitor that there is a lack of commitment from the UN to the inclusive dialogue process — as they launched the initiative without consultation and have not spelled out their vision for how the process will be shaped — and reliance on too few international actors to support this.

She said, “Perthes has also lost a lot of credibility with the street after supporting the 21 November agreement [that reinstated Hamdok to his position] and telling the Sudanese that they should back it, even though it was a deeply flawed agreement.”

Khair added, “The commitment of the generals to this process should be measured by the level of state repression that the generals allow during protests. The security forces are meting out violent repression toward protesters, which is not going to build confidence in a process the generals are buying into.”

The protesters have been taking to the streets regularly to demand the establishment of civilian rule. Paramedics close to pro-democracy groups reported that more than 60 people have died in the clashes with security services since the October coup.

While the UN initiative is considered the only serious effort that is currently being made to resolve the political crisis in Sudan, Egypt continues to distance itself from the Sudanese crisis.

Mirghani said that although Sudan is an important part of the Egyptian national security, Cairo’s involvement in the Sudanese crisis is very limited compared to the other regional and international actors that seem more influential.

He noted that the Egyptian role is currently important in contributing to a settlement of the current crisis, considering that Egypt is more capable than any other country in understanding the nature of the political situation in Sudan due to the historical relations between the two countries.

Mirghani added that Cairo is trying to balance its position due to sensitivities that may arise among some Sudanese political elites regarding support for the military at this stage, and thus this may prevent Egypt from dealing with Sudanese issues as it should.

Egypt did not condemn the army’s takeover of power. Instead, it only called on the Sudanese stakeholders for calm and to exercise self-restraint, according to a statement by the Ministry of Foreign Affairs a few hours after the coup. Cairo called on “all Sudanese parties to give priority to the supreme interest of the country through national consensus.”

In the beginning, the three countries limited themselves to calling on the Sudanese parties for calm and exercising self-restraint. But the position of the UAE and Saudi Arabia quickly changed when they signed a joint statement that also included the United States and the United Kingdom. The Quartet statement in November called for the “full and immediate restoration of a civilian-led transitional government.”

The Wall Street Journal reported in November that Burhan secretly visited Egypt on the night of taking over power and met with Egyptian President Abdel Fattah al-Sisi as part of a geopolitical move to garner support for his step.

The Egyptian authorities did not comment on the Journal report, but Egyptian Foreign Minister Sameh Shoukry confirmed later that his country does not support one side against another, and that Egypt supports Sudan’s stability and focuses on not meddling in its internal affairs.

Tarek Fahmy, professor of political science at Cairo University, told Al-Monitor, “Egypt is inclined to support the military component in Sudan.” But he denied that this rapprochement could be evidence of Egyptian reservations about the civilian component.

“Throughout the past period [before the coup], Cairo had good relations with the civilian and military components, which was reflected in their contacts and meetings,” he noted.

Fahmy said that announcing Egyptian support for one party at the expense of another would make Cairo lose its credibility. Egypt has not done so because of its special relations with Sudan. “The nature of the Egyptian position on the situation in Sudan is in line with the choices of the Sudanese people, and it continues to support the transitional phase,” he added.

However, Khair said, “Out of the Arab axis, Egypt is perhaps the most pro-military as a principle not just a strategy.”

She noted, “Egypt’s preference for the military stems from many things, most notably those related to historical ties between the Sudanese Armed Forces and the Egyptian army. In addition, Egypt sees Sudan as its hinterland and an extension of its direct sphere of influence.”

Khair attributed the third reason to the issue of the Grand Ethiopian Renaissance Dam, as Egypt considers it a national security issue linked to their survival, so Cairo needs to secure full support from Sudan and continue coordination between the two countries to put pressure on Ethiopia.

However, Khair concluded, “In the end it is possible that the Arab axis will seek a replacement for Burhan, as he is unable to unite all security actors, or bring about stability to meet the interests of his foreign backers.” 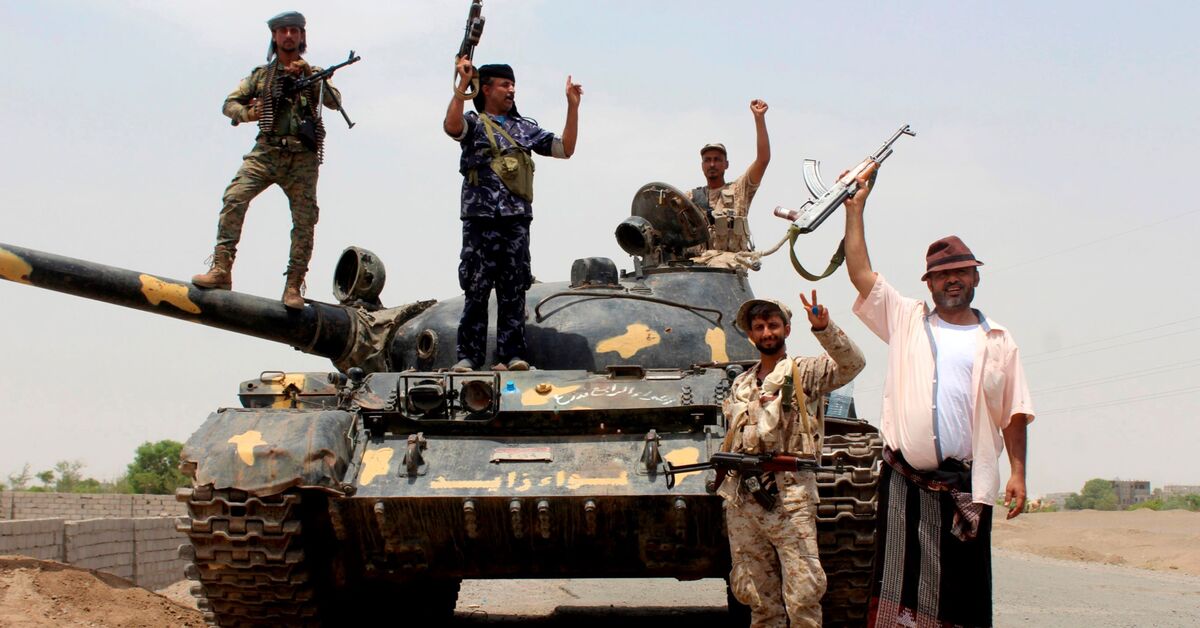 New year brings no hope of resolution to Yemen conflict 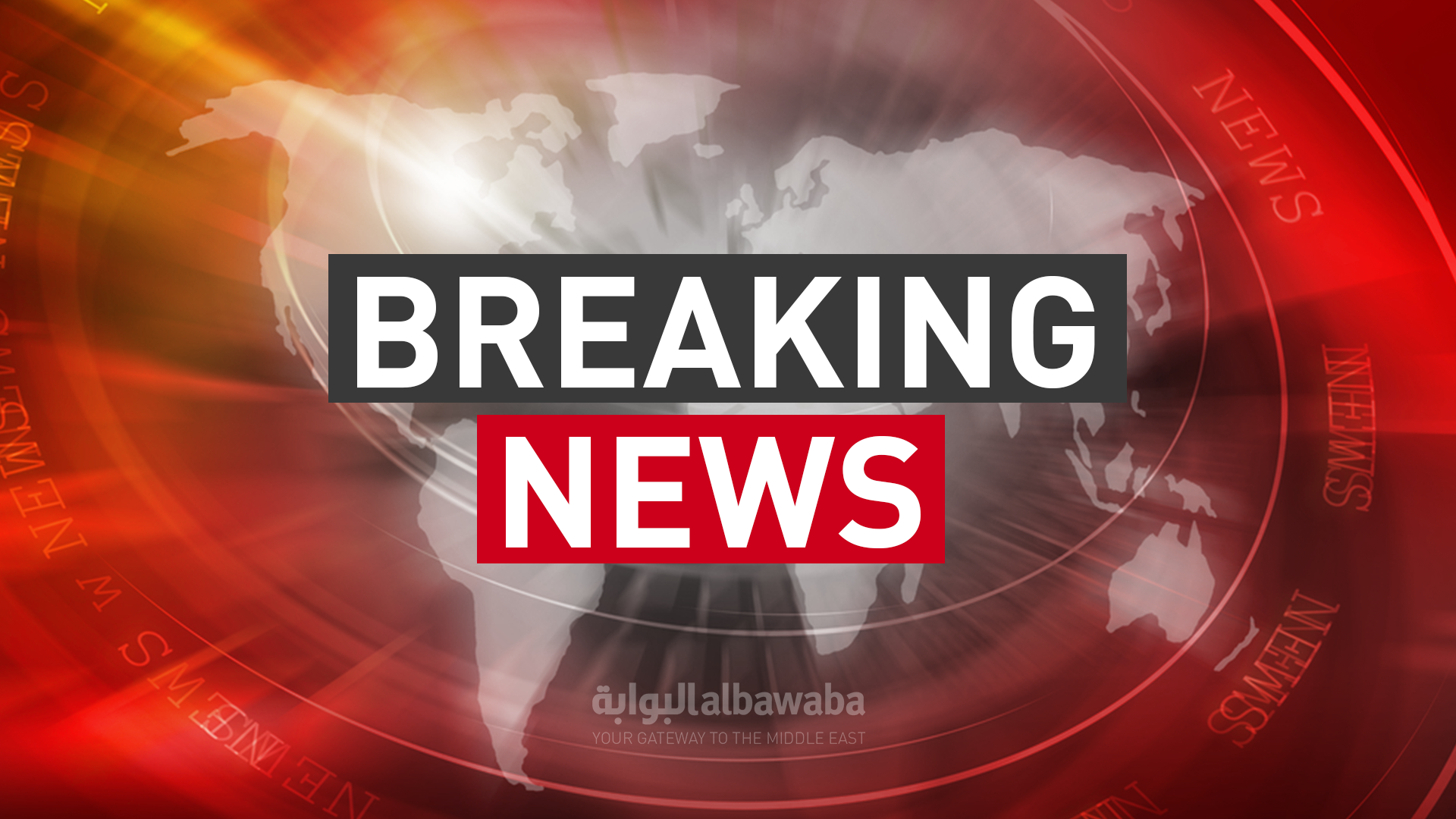 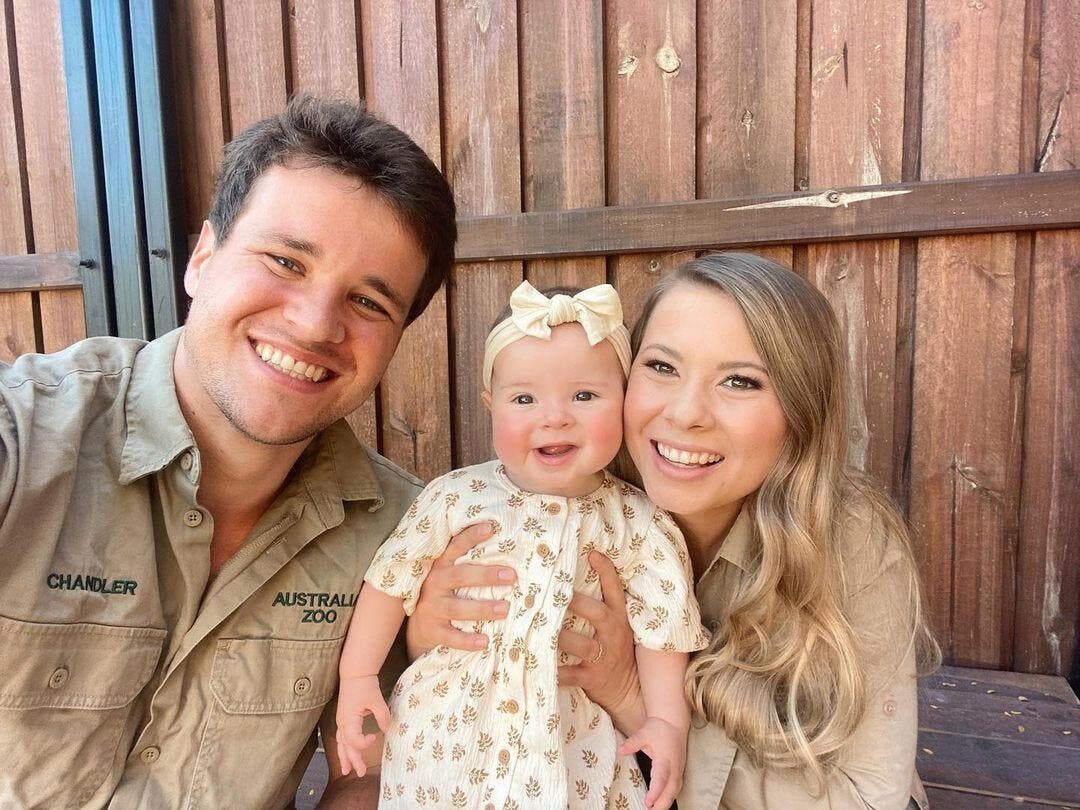 Bindi Irwin Gets her First Tattoo 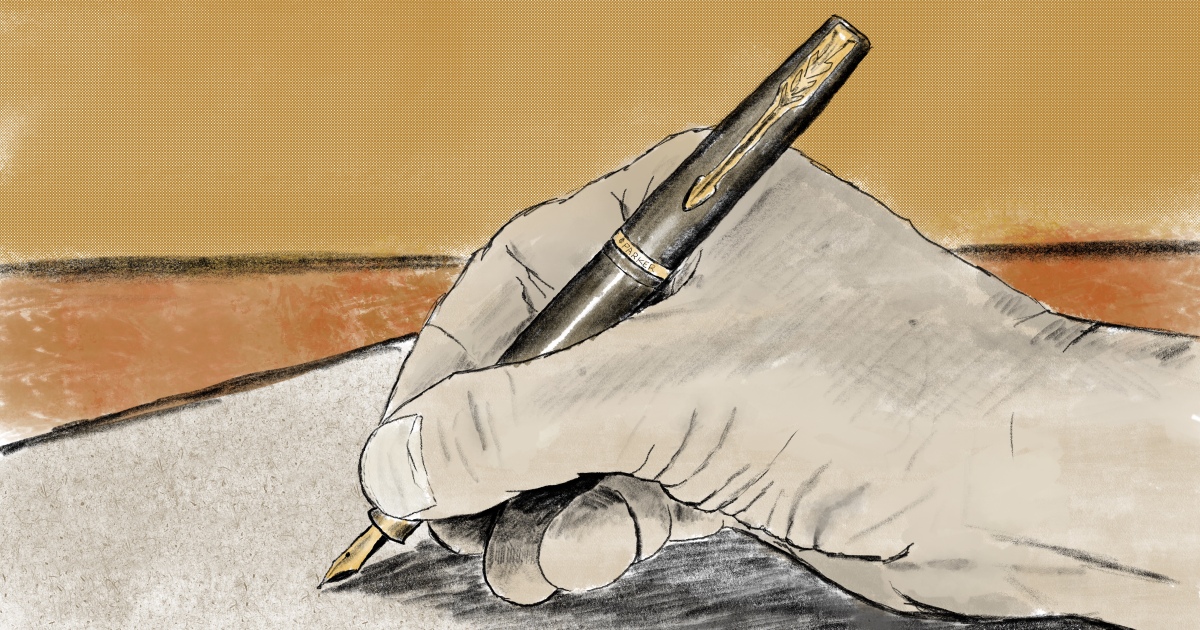