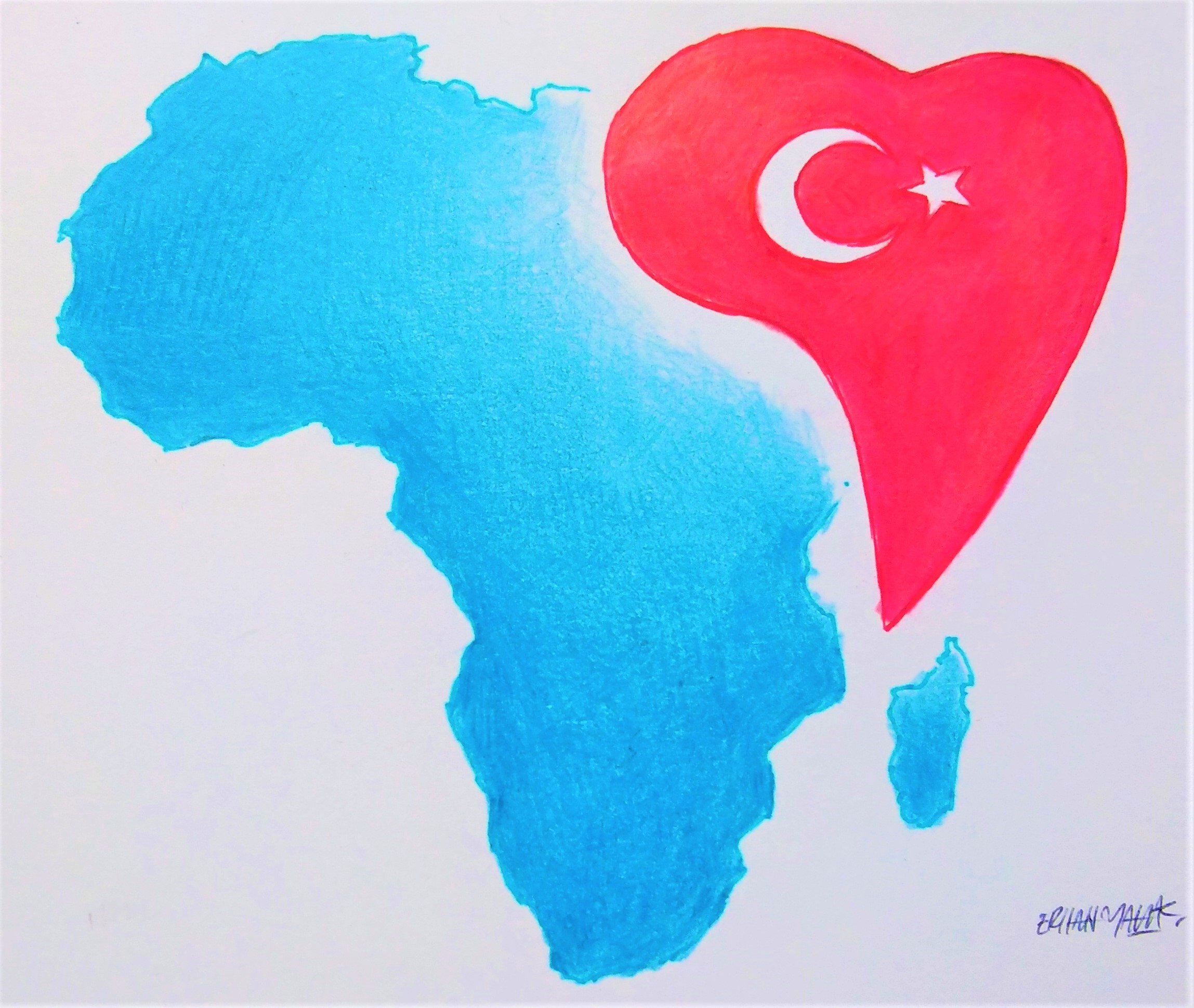 With the area it covers on the international level, the role it undertakes in the global arena, its geo-strategical position, and the economic and commercial potential it has, Africa has become one of the most important actors of the 21st century. The advantageous investment opportunities it has as a continent and the relations it recently developed with different countries and regions have begun to make Africa a center of attraction in all areas.

Unlike many other Western countries, Turkey has never adopted a colonialism-focused approach in the relations it developed with the continent in the past. Moreover, the country continues to strengthen and diversify its policy, which aims to ensure security, stability and welfare in the rising star of our century, Africa, in all dimensions. Within this context, in line with a “humane” approach, which is one of the main principles of Turkey’s foreign policy, the country has deepened its economic, commercial and political relations with Africa with the “African Initiative,” especially in the last 15-20 years. This initiative is “win-win” centered and based on mutual benefits with the principle of “developing together and growing together.” The country has been carrying out a multidimensional strategy based on mutual trust.

Launched in 1998, the African Initiative has borne witness to developments through which Turkey-Africa relations have advanced with each passing day. Turkey became an “observer member” of the African Union (AU) in 2005 and subsequently was declared a “strategic partner” of the AU in 2008. The relations with the union member states that focused on security, commerce, culture and politics were brought to a new stage after 2013, and Turkey’s “African Partnership Policy” began that year as well. With this policy, the country has started to pursue a new and more comprehensive approach that prioritizes the development of Africa. This policy aims to help facilitate the continent’s progress in economic, commercial and social areas and ensures that Turkey and the countries of the continent work closer and in coordination.

In addition to the Turkish diaspora and the international student mobility of Turkey, the Presidency for Turks Abroad and Related Communities (YTB) diligently carries out activities aimed toward our cognate groups with whom we share a common history and cultural ground, and also continues to carry out its work in accordance with this perspective of Turkey. In this direction, the YTB carries out important work aimed to further develop economic, social and cultural relations Turkey established in a wide region extending from the Middle East to Asia, the Balkans and Africa with the strong bonds we inherited from the past and the responsibilities our history bestowed upon us.

The YTB carries out its work focusing on Africa through the Turkey Scholarships, the Turkey Alumni, Academic and Scientific Partnership Programs, the Media Education Work and the Cultural Mobility Programs; moreover, we fill an important gap from the viewpoint of Turkey with other stakeholder institutions and organizations who are also active on the continent. Currently, more than 15,000 students from 145 countries benefit from Turkey Scholarships, and it has become a world brand with the good benefits it provides. A total of 4,265 international students from 52 African countries are pursuing higher education in the universities of Turkey within the scope of these scholarships as well. There are more than 3,000 African Turkey Alumni who have successfully completed their education within the scope of the Turkey Scholarships. A total of 12,600 international students from 54 African countries have benefitted from the Turkey Scholarships since 2012. On one hand, after completing their education in the country, these students undertake active roles in their countries’ development and growth as “voluntary ambassadors” by constituting qualified human resources. On the other hand, they make significant contributions to the relations between their countries and Turkey. Nowadays, these students are successfully working in every sector as “Turkey Alumni.”

The Academic and Scientific Collaboration Programs are also important fields of work conducted by the YTB in Africa. Within the scope of these programs, which aim to reinforce the foundations of the common history and cultural past shared with the continent, important activities such as workshops, academic publications, think tank meetings, conferences, training and culture projects are being carried out.

Again, the Media Education Programs, which aim to increase the partnership and experience sharing between our country and the region in the fields of media and journalism, also has an important place among the activities the YTB carries out on the continent with state-broadcaster TRT, state-agency Anatolian Agency (AA) and academic institutions.

Programs such as the Turkish Language Programme for Public Officials and Academicians (KATİP), Youth Social Assemblies, Thinking Workshops, and Communication and Vocational Development Projects carried out by the YTB under the scope of the Cultural Mobility Programs aim to further develop the relations between Turkey and the region, and strengthen the brotherly ties the country has established with the continent in socioeconomic and cultural contexts. The YTB will continue to strengthen the relations and partnerships established by Turkey, which are based on a deep-rooted history and a clean past, in all of the abovementioned works.

The story of Frankouma Conde

It is possible to see a reflection of the humane policy that forms the basis of Turkey’s understanding of mutual benefits and developing together in the example of Guinean student Frankouma Conde. This example also shows how close and sincere the bonds that international students form with Turkish people are.

Conde was an international student who came to Turkey to study Economics (English) at Hacettepe University in the capital Ankara in 2010 and had to take a break from his studies when he got a neurological illness pertaining to muscular strength. During this period, he met retired Col. Mazhar Küçüksaray and his wife Mrs. Mukaddes in the hospital he was being treated at. The Küçüksaray couple treated Conde like their own child from the first moment they saw him. So much so that they abandoned the idea of moving to the southern city of Alanya, which they had been planning for a long time and had reached the final stages of, for Conde and stayed in Ankara. The Küçüksaray family took in Conde, who had lost his mother nine months before, knew no one in Turkey and had to deal with difficult medical conditions alone. They undertook all the treatment processes. The other children of the family also loved Conde and saw him as their own sibling.

Conde, whose happiness could be seen on his face, went back to Guinea in 2015 and stayed at his new home built with the support of the Turkish Cooperation and Coordination Agency (TIKA). Conde, whose longing for Turkey couldn’t be quenched, came back to Turkey in 2021 to complete his education that he had to put on hold due to health problems. He is currently studying Business in Sivas Cumhuriyet University in Sivas, central Turkey, and he is planning to do his master’s degree in Turkey as well.

This attention and compassion shown to Conde reveal the humaneness, sincerity and conscientiousness of how Turkey sees Africa. The strength of the ties of affection that Turkey formed for Africa can be seen in the meticulous attention paid to Conde at every stage. With the strength and inspiration we get from the determination of Erdoğan, as the YTB, we will always continue our activities not only in Africa but in the entirety of the regions with which we share emotional and historical ties, with love and eagerness. 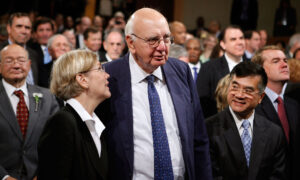 The Forgotten Legacy of Paul Volcker