Conspicuous silence of the Arab world about Taliban 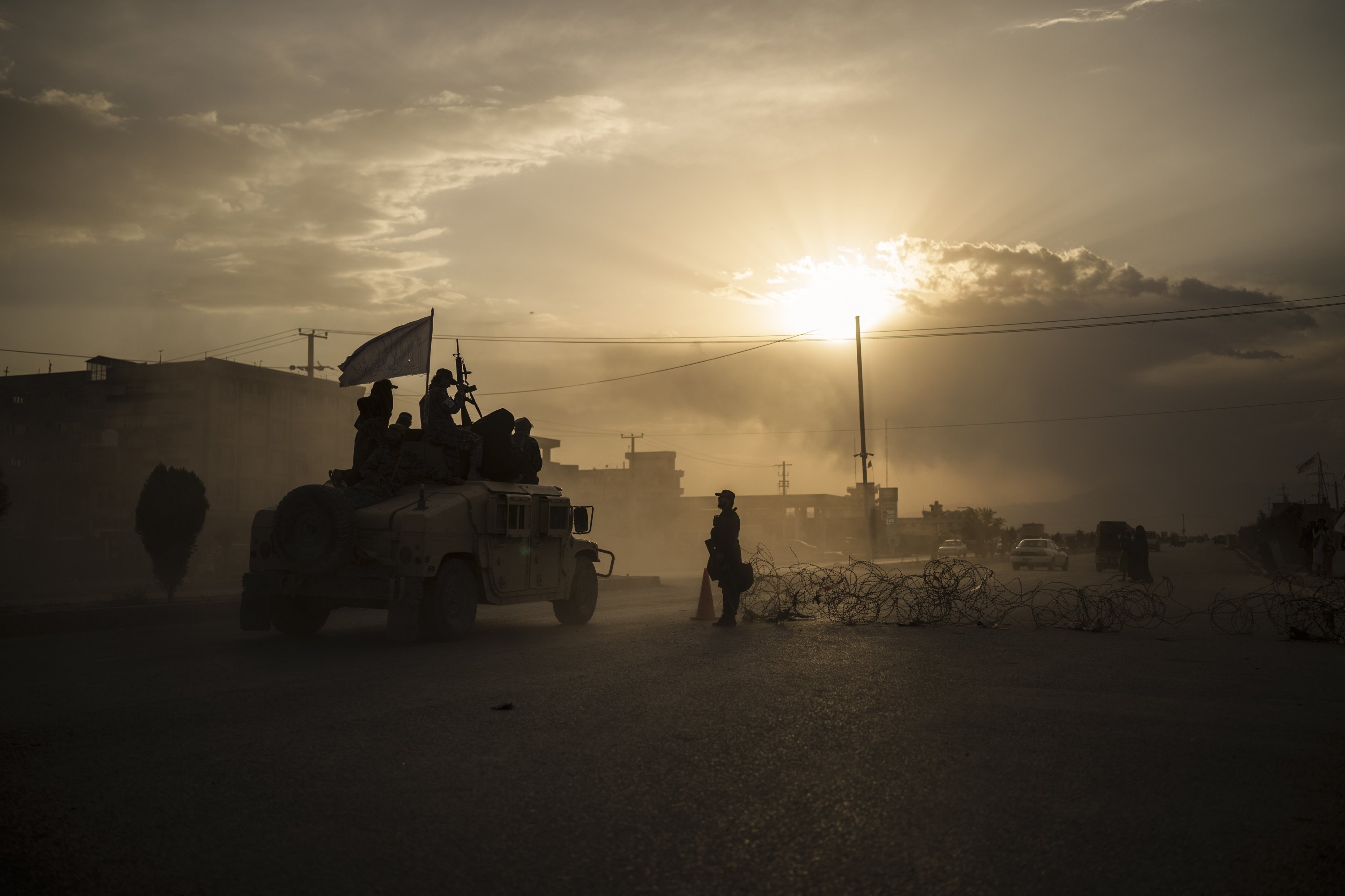 The accession of the Taliban to power for the second time after its yearslong confrontation with the occupying forces has not only challenged the validity of the existing political order, initiating a fresh discourse about the United States’ stature in global politics, but also, most importantly, turned a spotlight on the apparent apathy of the Arab world vis-a-vis the new political realities in Afghanistan.

The horrific image of Afghans clinging to a U.S. Air Force plane at Kabul Hamid Karzai International Airport in a bid to flee the country following the fall of Kabul to the Taliban sent a shock wave across the world. The U.S. was accused of irresponsible behavior and betraying its allies. There had always been predictions about the eventual collapse of the Afghan forces in the face of a Taliban onslaught, but no one had ever imagined that it would be so swift.

Today, the global community is beset with multiple dilemmas after the rise of the “Taliban 2.0,” but one is more intrigued to see the Arab world’s explicit maintenance or, at the most, cautious reaction. The vigilant posturing is well reflected in the official statements of most of the Arab states, including the Gulf Cooperation Council (GCC) countries, as most have evaded showing any signs of sympathy or enthusiasm about the Taliban 2.0. The audible silence represents a contrast to past ties between the Arab world and the Taliban, when they had extended all sorts of support, from economic to military – first to the anti-Soviet mujahideen and later to the Taliban. There was a close ideological and spiritual fraternity between the Afghan mujahideen and the Arab world as one of the pioneers of the Afghan struggle, Abdul Rasul Sayyaf, was an alumnus of the world-reputed Islamic Al-Azhar University in Cairo. He had joined the university in 1971 and later became one of the icons of the Afghan war. Similarly, Burhanuddin Rabbani also received his education in Al-Azhar and was responsible for nurturing a generation of Afghan mujahideen.

Apart from ideological and religious proximities, there was a deep economic connection as well. Saudi Arabia was the principle financier of the U.S.-led Operation Cyclone in support of the Afghan mujahideen. According to an estimate, between 1979 and 1992 Saudi Arabia spent around $4 billion in the Afghan war and assistance worth $20 million came from the King Fahd Charity alone. There were other individual contributions in the form of charity, donations, annual alms, weekly mosque collections and the allocation of budget from various Islamic foundations.

The fall of Kabul into the hands of Taliban amid the withdrawal of Western forces presented a confounding diplomatic choice for many and growing indifference or waning enthusiasm among the Arab leaders can be seen in light of two decades of shifting diplomatic and strategic preference of regional and global political actors. Since the ousting of Taliban 1.0 in 2001, the world has seen a complete upending of the diplomatic and strategic sphere and the Arab polity is also passing through an era of unpredictability and mayhem, which has further hastened after the outbreak of the Arab uprising in 2011. The new mix of political realism and the imposition of a new polity in the Arab world has forced a sort of recalibration of Arab diplomacy and strategy, which is redefining diplomatic and political preferences within the Arab world.

Saudi Arabia, particularly under the virtual rule of Crown Prince Mohammed bin Salman (MBS) has long endeavored to alter the orthodox image of the country, as the ruling family seems keen to recast Saudi Arabia in the image of a liberal society with an open economy. This drive for modernization perhaps illustrates the current apathy of the Saudi regime toward the Taliban. During the Taliban’s military sweep across Afghanistan, the Muslim World League (MWL), a Mecca-based organization, snubbed the Taliban saying that the Taliban-led war could not be called a righteous struggle. Similarly, the Organisation of Islamic Cooperation (OIC), another Islamic voice for the Muslim world, did not hesitate to call the violence perpetrated by the Taliban a genocide of Muslims by Muslims. In 2018, Saudi Arabia had called on a convention of religious scholars to denounce the Taliban. After 9/11, Saudi Arabia not only served its ties with the Taliban but also asked Taliban forces to hand over Osama bin Laden and denounce al-Qaida publicly, which it later refused. After the second takeover by the Taliban, the Kingdom’s official reaction was well-guarded; King Salman officially stated that the Kingdom respects the choice of the people, but there was no reference to the Taliban.

This current Saudi policy toward the Taliban 2.0 seems to fall in line with the new urge of Saudi Arabia to get rid of its religious-cum-ideological past and out-moded polity. While the Taliban 2.0 still adhere to their literalist theology, Saudi Arabia is currently poised to pursue the path of moderation. Further, the Arab rulers are still haunted by the bitter memories of the past, when the same loyalist mujahideen turned into foes and started targeting the same rulers who had been their patrons not long ago, Osama’s animosity toward the Arab rulers being a case in point.

In the last two decades, the situation seems to have turned on its head and today all acts of using religion for political gains in the larger part of the Arab world have been criminalized. For example, in 2017 Saudi Arabia and the United Arab Emirates (UAE) put Qatar under a blockade with allegations that it was supporting extremists. The foreign policy of the region today is more driven by political realism, pragmatism and national economic and strategic interests. The growing proximity between the Taliban 2.0 and Iran also seems to have kept the Taliban’s old allies from joining the current diplomatic gambit in Afghanistan. Over the past few months, Taliban officials have reportedly paid more visits to Iran than either the UAE or Saudi Arabia.

The hosting of Afghanistan’s self-exiled former President Ashraf Ghani is reflective of future prospects for ties between the Taliban and Arab leaders. The UAE’s current disinclination toward the Taliban is more shaped by the killing of its diplomats in 2017, allegedly by the Taliban. On a very formal note, the diplomatic adviser to the president of the UAE, Anwar Gargash, said that moderate statements by the Taliban are encouraging, with reference to the Taliban’s proposed amnesty for the old regimes’ loyalists and freedom for women in public places. The conflicts in Syria, Iraq, Libya, Lebanon and Yemen perhaps could also have shifted their focus from Afghanistan, since a conflict next door warrants more attention than in Afghanistan, which is more inclined to make new alliances with China, Russia, Turkey and Iran.

Qatar represents an exception among all the GCC countries as it facilitated the Taliban-U.S. negotiation, which led to a peace agreement between the U.S. and the Taliban in 2020. Qatar not only hosted the Taliban but turned a “pharaoh” into an indispensable political actor and, moreover, unlike the UAE and Saudi Arabia, Qatar acted more like a facilitator than a dictator. Qatar has never extended diplomatic recognition to the Taliban, but it recently called upon the international community to recognize the Taliban and engage with it.

Though Kuwait’s engagement with the Taliban 1.0 was in no way smaller than that of Saudi Arabia or Bahrain, its cautious response now is suggestive of waning enthusiasm toward the Taliban, as its official statement asked all parties to exercise utmost restraint against bloodshed and work together to establish peace and security. The statement of the official clergy of Oman threw a surprise curveball when Oman’s Grand Mufti Ahmad bin Hammad al-Khalili congratulated the Taliban and termed the victory a precious one against aggressors and invaders, stating that Muslims should remain unified in the face of all challenges. The statement is perplexing because Oman is known for not taking sides in global or regional conflicts. As expected, Hezbollah and Hamas congratulated the Taliban over their victory and asked Israel to learn from this.

Most of the governments in North Africa maintained a conspicuous silence but there were some responses from certain outfits active in the political arena. The head of the Islamic Movement of Society for Peace (MSP) in Algeria said that the Taliban should learn from their past mistakes and adhere to democratic values, while the Moroccan Justice and Development Party complemented the Taliban for its victory. The government in Egypt showed no such antipathy toward the Taliban 2.0 – but, of course, Egypt would not like the current status of the Taliban to serve as a source of inspiration for the Muslim Brotherhood, which for years have been in the line of fire of the current government.

In addition, the growing fear among the Arab leaders due to the resurgence of the Taliban might be one of the reasons keeping them away from the political developments in Afghanistan. The Arab world, including the GCC countries, cannot afford to evade the aftereffects of the reincarnation of the Taliban. The collapse of Kabul generated a lot of buzz on social media and many expressed their apprehension that what happened in Afghanistan might soon come to the Arab world. Other voices claimed that Daesh has been replaced by the Taliban to accomplish their dream in the Arab world. No doubt, the victory of the Taliban would embolden those radical voices that had over the years become meaningless. The al-Qaida offshoot in the Arabian Peninsula congratulated the Taliban over its victory and said that Arab fighters would expel the Westerners from their territories as the Taliban had done. The victory of the Taliban would take over the moderate voices within the Islamic discourse and would indoctrinate the current generation with a belief that only armed struggle can change the fate of the Arab world. A Muslim Brotherhood member tweeted that the secret of the Taliban’s victory lies only in its sticking to violence and guns. The Arab world cannot evade the spillover effects of the events in Afghanistan because the region itself is trapped in an array of conflicts and subversion by non-state actors that have further rendered the region more vulnerable.

One cannot make predictions about the sustainability of the Taliban in power because, if history has taught us anything about the group, it is that they agree on what they have to resist but they disagree on what they intend to achieve. The international community might take its own time to shape the nature of its engagement with the Taliban 2.0 but one should harbor no apprehension that the Arab world’s outlook toward the Taliban 2.0 will be radically different from what it was during the Taliban 1.0. Over the years the nature of global politics has changed, impacting the Arab world as most of the Arab countries neither want to be seen as representing the orthodox society or illiberal polity nor do they have any will to remain hostage to their radical past. The reasons for this current apathy toward the Taliban 2.0 among the Arab states need to be seen in the light of the growing emphasis on political realism and the pursuit of pragmatism in both domestic and external spheres. 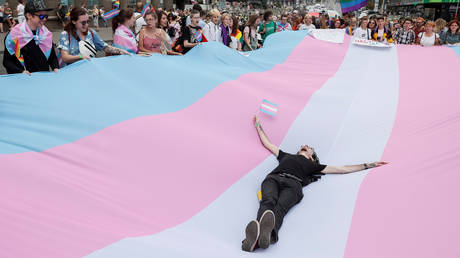 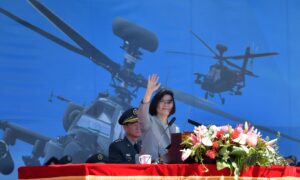 Taiwan’s Military: ‘Break the Glass’ Before the Fire Starts