The Scotfree | Mayberry RED: Putting Savings Above Security The Scotfree 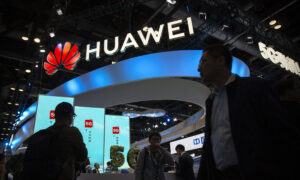 One of the most side-splitting scenes in the history of cinema is Stanley Kubrick’s depiction of General Jack. D. Ripper telling Peter Sellers’s British RAF Group Captain Mandrake about the dangers of fluoridated water in the film “Doctor Strangelove.” Ripper, played totally straight-faced by Sterling Hayden, asks, “Do you realize that in addition to fluoridated water, why, there are studies underway to fluoridate salt, flour, fruit juices, soup, sugar, milk, ice cream? Ice cream, Mandrake! Children’s ice cream!”

And it all began in 1946. “How does that coincide with your post-war commie conspiracy, huh?” Ripper asks. “A foreign substance is introduced into our precious bodily fluids without the knowledge of the individual, and certainly without any choice. That’s the way your hardcore commie works!”

During the sixties and seventies, anti-communists were subjected to much scoffing and giggling about their dread of “reds under the bed,” culminating in President Jimmy Carter bemoaning Americans’ “inordinate fear of communism” and declaring that “through failure” in fighting communist expansionism “we have now found our way back to our own principles and values.” Then came the Soviet invasion of Afghanistan on Christmas Eve 1979, and within a year Carter was defeated for re-election by Ronald Reagan, who would call Russia an “Evil Empire” destined for “the ash heap of history.”

All these years later, it turns out that small town America’s telecom businesses found themselves riddled with a kind of 21st-century high-tech stealthy threat not too far removed from General Ripper’s fluoridated water supply. Andy Griffith’s innocent “Mayberry R.E.D.” has found reds not under the bed but, rather, over their heads in the cell phone towers.

Rather than our precious bodily fluids, the Chinese Communist Party is making use of the electromagnetic radio waves traveling through the air above and around us. The Biden administration is now investigating Chinese global telecom giant Huawei’s use of hardware in U.S. cell towers in rural areas that could intercept transmissions used by military bases and inter-continental ballistic nuclear missile silos, which Huawei might place into Beijing’s hands. China’s 2017 National Intelligence Law requires that “an organization or citizen shall support, assist in and cooperate in national intelligence work in accordance with the law and keep confidential the national intelligence work that it or he knows.” Cellphone towers near Malmstrom Air Force Base in Montana are one of the concerns.

As Trump State Department official Robert Strayer warned in 2019, “There is no differentiation really between the private sector in companies and the government in China. The government, through the national intelligence law and other laws that it has at its disposal, can compel companies to take action.”

Huawei was founded in 1987 by a former engineer for communist China’s People’s Liberation Army, Ren Zhengfei—officially deputy chairman, but that is a misleading title since he runs the firm. Disgracefully, it was America that enabled Huawei, with IBM lending its expertise in product development and financial management as it sought market expansion into China.

Now claiming a third of the world’s population as customers in 170 countries, Huawei’s tentacles extend to small telecom providers in the heartland of America. Wyoming-based Union Wireless, founded in 1914, touts its Western rural values, its founder typically pictured sporting a cowboy hat and bolo tie. Union heard about Huawei’s low cost and swift work from another small carrier. It turned to the Chinese company when a vendor dragged its feet in implementing an equipment upgrade. Huawei “worries about getting the problem fixed first and then worries about getting paid,” Union customer relations chief Brian Woody was to exclaim.

Huawei’s artificially low pricing was irresistible for many smaller U.S. telecom firms like Union, but today, in the wake of the Trump administration finding Huawei to be a security threat and effectively banning U.S. businesses from dealing with it, Union and many other smaller rural firms who engaged with Huawei are disentangling themselves. Last year, Union Wireless settled on Finland’s Nokia to replace its Huawei equipment with Nokia’s AirScale 4G/5G portfolio, an expensive proposition that is being assisted by federal subsidies.

Sad to say, the red flags regarding Huawei were known long before Union and the other American regional providers invited this fox into the henhouse. In 2003, Cisco Systems sued Huawei for its by-then infamous practice of reverse-engineering its competitors’ products, in this case electronically copying and inserting Cisco’s router code into Huawei’s so it could easily steal Cisco customers seeking lower costs. The case was settled out of court.

But even Cisco, which has been doing business in mainland China since 1994, carefully refrained from criticizing Beijing. For instance, it stated a decade ago as it criticized Huawei, “We respect the efforts the Chinese government is making to increase intellectual property protection” and stressed that rather than there being any governmental strategy of economic aggression, “this dispute involved a very simple claim that one company used the other’s trade secrets and copyrighted materials without permission.”

In 2012, a congressional report found that Huawei’s equipment could be used by Beijing to spy on and even disrupt or cripple the United States’ telecommunications infrastructure.

Too many U.S. businesses seem more worried about being ridiculed for having an “inordinate fear of communism” than about China’s unhidden global designs. Meanwhile, last year mainland Chinese buyers purchased some $6.1 billion in American real estate, more than any other foreign buyer—much of it, plus similar purchases in recent years, on farm and ranch land near U.S. military bases.

Whether Mayberry or Gotham, whether their wares are high-tech or to be found in the soil and earth, U.S. companies can’t place savings before security when it comes to dealing with entities enthralled by our most threatening strategic adversary.

Thomas McArdle was a White House speechwriter for President George W. Bush and writes for IssuesInsights.com 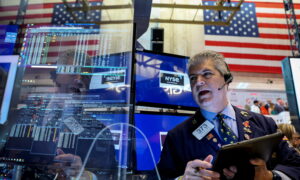 Best Exchange-Traded Funds to Buy During a Recession 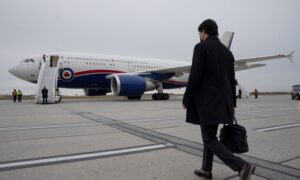 Cory Morgan: When It Comes to Limiting Carbon Emissions, Trudeau Is Not Leading by Example 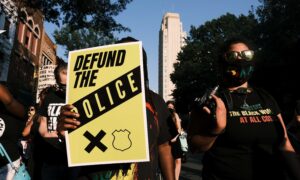 Deterrence at Home and Abroad