Lia Thomas, the transgender University of Pennsylvania swimmer who has set women’s swimming records this season after previously competing as a male, was defeated in two events on Saturday — by another transgender athlete.

Earlier this season, Thomas set pool, program, and meet records, 38 seconds ahead of the next-closest female Penn swimmer in one event.

On Saturday, though, Thomas fell short in two races; one in which Thomas placed fifth and Iszac Henig — another transgender athlete who is presently making the transition from female to male — came in first, and then once again in a relay in which Henig bested Thomas by over a second.

Henig has not yet begun taking hormones, but has undergone a mastectomy. Both Thomas and Henig are permitted to compete in the women’s division under current National Collegiate Athletic Association (NCAA) rules.

The current guidelines are focused primarily on hormone treatments and read: “A trans female (MTF) student-athlete being treated with testosterone suppression medication for Gender Identity Disorder or gender dysphoria and/or Transsexualism, for the purposes of NCAA competition may continue to compete on a men’s team but may not compete on a women’s team without changing it to a mixed team status until completing one calendar year of testosterone suppression treatment.”

They do not take bone density, accumulated muscle mass, or other considerations into account.

According to the guidelines, “many people may have a stereotype that all transgender women are unusually tall and have large bones and muscles. But that is not true. . . . The assumption that all male-bodied people are taller, stronger, and more highly skilled in a sport than all female-bodied people is not accurate.”

Editor’s note: This article originally misstated the day of the swim meet in question.

Send a tip to the news team at NR. 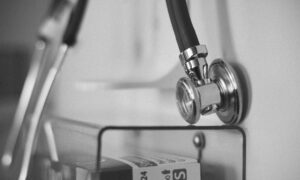 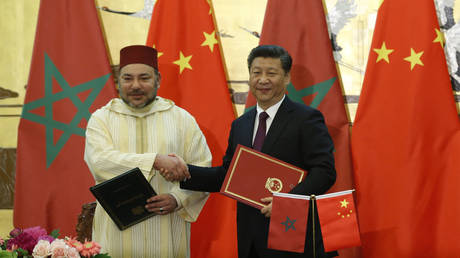