The Scotfree | The Road to Fascism: For a Critique of the Global Biosecurity State The Scotfree

The Road to Fascism: For a Critique of the Global Biosecurity State

With the lifting of the thousands of regulations by which our lives were ruled for two long years there has been an understandable desire to believe that the coronavirus ‘crisis’ is over and we will return to something like an albeit new normal.

But as new crises have sprung up to take its place — war in the Ukraine, the so-called ‘cost of living crisis’ and the return of the environmental crisis — it’s increasingly difficult not to look back on ‘lockdown’ as the first campaign in a war that has not been declared by any government but is no less real for that.

The willingness of our governments to use the forces of the state against their own populations on the justification of protecting us from ourselves signals a new level of authoritarianism — and something like the return of fascism — to the governmental, juridical and cultural forms of the formerly neoliberal democracies of the West, and one of the aims of this book is to examine the validity of this thesis.

Its purpose in doing so, however, is not to contribute to an academic debate about the meaning of the term ‘fascism’, but rather to interrogate how and why the general and widespread moral collapse in the West over the past two-and-a-half years has been effected with such rapidity and ease, and to examine to what ends that collapse is being used.

The more deliberate is the immiseration of the populations of Western democracies, the clearer it becomes that the war started by COVID-19 is not between nation states but a civil war waged against our institutions of democratic governance and the division of powers between executive, legislature and judiciary.

Insofar as these institutions and this division are being dismantled and replaced by the rule of international technocracies that, under the cloak of the ‘pandemic’, have assumed increasing power over our lives since March 2020, this war represents a revolution in Western capitalism from the neoliberalism under which we have lived for the past forty years.

Where it is heading with ever greater speed and finality, and which The Road to Fascism sets out to demonstrate, is the new totalitarianism of the Global Biosecurity State.

Simon Elmer is the founder of Architects for Social Housing (ASH), you can follow them on twitter. The Road to Fascism was published by ASH on 28 September, and is available in hardback, paperback and e-book. Click on the link for purchase options, the contents page and preface. Excerpts have been published in The Daily Sceptic and The Exposé; and you can hear Simon discussing his book in an interview on The Delingpod.

New study blames VAXXED deaths on the UNVAXXED…because they cause anxiety. Seriously. Symbolic But Significant: Why the Decision to Investigate Abu Akleh’s Murder is Unprecedented 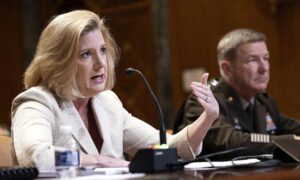