The Scotfree | “They Don’t Know What They’re Doing”: The Plan to Dump Radioactive Water From the Pilgrim Nuclear Plant Into Cape Cod Bay The Scotfree

“They Don’t Know What They’re Doing”: The Plan to Dump Radioactive Water From the Pilgrim Nuclear Plant Into Cape Cod Bay

At the conclusion of a close to four-hour public  “field hearing” held in the community of Plymouth, MA on May 6, 2022, Senator Ed Markey of Massachusetts pulled no punches.

The Senate hearing invited a number of witnesses to testify on “Issues Facing Communities with Decommissioning Nuclear Plants”, with this session specifically focused on the nearby Pilgrim nuclear reactor, which closed in 2019.

As part of the decommissioning process, Holtec International, the company that purchased the Pilgrim nuclear reactor in Massachusetts from previous owner, Entergy, is preparing to dump a million gallons of radioactive water from the site into Cape Cod Bay as part of its decommissioning activities.

As the hearing drew to a close, Markey questioned Holtec’s competency and the leniency of the US Nuclear Regulatory Commission (NRC), the federal regulator ostensibly tasked with protecting public health and safety.

“It’s possible these problems may be more a reflection of its inexperience, and not arrogance,” Markey said of Holtec. “That they don’t know what they are doing.”

A proposed NRC rulemaking is in the works that would “update” (read “weaken”) federal decommissioning regulations for the nuclear industry.

“The commission’s proposed decommissioning rule shows it to be a captive agency,” said Markey, one that “shows no interest in engaging the public, which would provide even a semblance of accountability.”

Referring to NRC’s failure to stop Holtec from looting its own taxpayer-funded decommissioning funds for company profit, Markey added that “without a stronger regulator, I fear that the only thing that will be emptier than the decommissioning trust fund will be the public’s trust in our government.”

Markey serves on the Senate Environment and Public Works Committee and is chair of its Subcommittee on Clean Air, Climate and Nuclear Safety.

John Lubinski, director of the Nuclear Regulatory Commission’s Office of Nuclear Material Safety and Safeguards and Holtec International founder, president and CEO Kris Singh, were the key witnesses in Markey’s crosshairs at the hearing.

With the license now transferred from Entergy to Holtec, the New Jersey-based company has begun to decommission Pilgrim, dismantling and disposing of the reactor hulk and “cleaning up” the radioactive site.

The decommissioning work includes draining the “spent fuel” pool that sits atop the reactor building and that is presently filled with a million gallons of radioactive water. The water was used to cool and shield hundreds of tons extremely hot high-level nuclear waste (the irradiated fuel) for the past five decades.

Any decision-making about the fate of a decommissioned reactor such as Pilgrim, said Markey, should include the meaningful participation of all impacted communities. Instead, he saw decision-making being left solely in the hands of Holtec, the apparent preference of the NRC and its current regulations, together with the agency’s decidedly “hands-off” oversight.

Both Lubinski and Singh agreed during the hearing that there were alternative ways of dealing with the radioactive water that did not involve directly dumping it into Cape Cod Bay. These would include evaporating the contaminated water into the atmosphere or shipping it off-site by truck or rail to another community.

But these “solutions” are of course far from such, and involve transport risks and environmental justice issues as well. Currently, one of the two sites being considered to take all of the country’s high-level nuclear waste indefinitely — at what are misleadingly termed Consolidated Interim Storage Sites [emphasis added]—is in New Mexico and owned by, yes, Holtec.

That is indeed where Holtec would like to send the high-level radioactive waste transferred from Pilgrim into its on-site casks. But the liquid waste water left in the fuel pool is what the company wants to dump into the Bay.

That’s because it’s clearly the fastest, cheapest and easiest method. Indeed, Singh bragged about the rapidity of Holtec’s decommissioning activities at Pilgrim, as if speed fills one with confidence. Quite the reverse.

The risks around this greed for speed were already flagged by Union of Concerned Scientists physicist, Ed Lyman, who told NBC Boston in January, “The danger, of course, is that in their attempt to reduce the costs and timeline for decommissioning, that they will cut corners in a way that might jeopardize public health and safety”.

When questions arose during the May 6 hearing about the safety of Holtec’s onsite radioactive waste storage casks, Singh said they were not only impermeable to missile attack or a crashing airplane but that one could later “have a barbecue” on top of a cask — a strange choice given the images of fire and nuclear waste do not make happy company.

Naturally, the Cape Cod fishermen and lobstermen’s associations, along with the Massachusetts Attorney General’s Office and area resident organizations, are vehemently opposed to the radioactive water dumping given the impact it could have on their livelihoods.

This is why Theodore Bosen’s opinion piece, reproduced this week on Beyond Nuclear International, resonates so strongly with both fishermen and consumers.

Two bills that would endeavor to block Holtec’s plan to dump the radioactive water are making their way through the Massachusetts House and Senate.

However, according to reporting by Cape and Islands, it is not clear that a state ban would be sufficient and the radioactive water dump might still go ahead. “The U.S. Nuclear Regulatory Commission has said repeatedly that Holtec is allowed to do so, within federal limits, and needs no further permits,” the publication reported.

Polling shows America in the middle on abortion 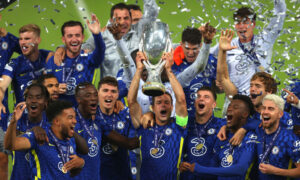 The Curse of Money Destroys Football 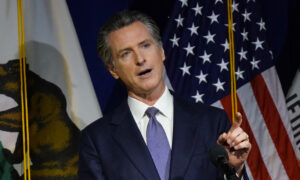 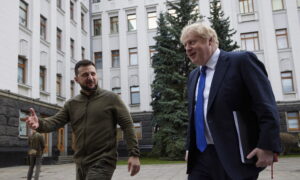 The Return of the Cold War?