Tomgram: Engelhardt, Thanks a Million for 2021!

My Year and Welcome to It
What a Boost(er) It Was for Me!

Whether the pandemic that’s swept the world started from a bat or not, as 2021 ends, I think it’s safe to say that we’re all far battier than we were when it began.

In my neighborhood at least, as this year draws to a close, that old Lone Ranger line, “Who was that masked man?,” again applies to just about anyone. In fact, as Delta cases rise in New York City and Omicron arrives on the scene in a startling fashion, indoor mask wearing in my own apartment building from the halls to the elevators to the laundry room has been reinstituted (not that I ever stopped) and the city’s indoor public-mask mandate is also being restored.

It’s been that sort of a year, but sadly, as we know, not everywhere in this all-too-unmasked, unvaccinated, disputatious, confrontational, conspiratorial, unnerved, and disturbed country of ours. A year of illness, death, mourning, and ever-increasing political chaos on a striking, if not unparalleled, scale threatens the American system as we’ve known it. Meanwhile, a new kind of weather threatens the world as we’ve known it.

Happy new year? I don’t quite think so.

Admittedly, my wife and I are vaccinated and boosted. And yet, as well-over-65s, we’re still first-class Covid targets, living through the end of year two of a pandemic that’s been disastrous for Americans of our age in a country that’s experienced its own kind of devastation, not just medically but politically.

Meanwhile, life goes on in its own strange fashion. It’s that season when you send pictures of your family to friends. But as 2021 ends, even the Yuletide family photo has gained an unnerving post-Kyle Rittenhouse meaning. I’m referring, of course, to the “family photo” that Kentucky Republican Representative Thomas Massie (who, in April, introduced a bill in Congress to allow 18-20 year-olds to buy handguns) tweeted out. He, his wife, and his kids, a Christmas tree in the background, are all armed with either a machine gun or a military-style semi-automatic rifle under the message “Merry Christmas! ps. Santa, please bring ammo.” In other words, think of it as a new definition of both Christmas “presents” and Christmas presence.

This, by the way, happened just days after the headline-grabbing slaughter of four teenage students in a Michigan high school by a disturbed 15-year-old whom his parents had given a semiautomatic handgun. And lest you think that Congressman Massie’s seasonal tweet was a one-off event rather than a sign of the world we’re increasingly living in, consider the photo that Colorado Republican Representative Lauren Boebert soon tweeted out of her four even younger kids, posed around her, also against the backdrop of a Christmas tree, armed to the teeth with similar weaponry.

In that cheery seasonal context and in the country that leaves the rest of the world in the dust when it comes to an armed citizenry, take a moment to consider a recent poll showing that 30% of Republicans, 11% of Democrats, and 17% of independents agree with this statement: “Because things have gotten so far off track, true American patriots may have to resort to violence in order to save our country.”

All this, mind you, amid what once would have been considered bizarre talk of a stolen election (at least two-thirds of Republicans think it was); coup planning, past and future; and Republican-controlled state legislatures visibly working to alter the electoral system (both who can vote and who can count and judge that vote) to ensure their own future victories. We’re talking about the all-too-literal theft of elections-to-come and potentially of the future itself. And no, none of you reading this will be faintly shocked by any of it or by the rise of a “Stop the Steal” Republican Party that has every intention of giving thievery a new meaning in this country. Why should you be? By now, it’s the warp and woof of our all-American lives.

And yes, at 77, I got my Pfizer booster shot in October and, no, in all these careful months, I haven’t gotten Covid-19 in any of its variants (yet), thank god, or had a friend die of it, though I do have two friends with horrific cases of long Covid. Still, looking back on 2021, when I was luckier than so many Americans my age, I find I have a million and note that number please! things to say about this all-too-dismal past year at a time when Americans have been involved in a pandemic of wars without vaccines for any of them and of fossil-fuel burning with no (immediate) vaccine for it either.

I wouldn’t even try to sum up this bizarre year of ours. Here, though, are four (million) of my own takeaways from 2021, a classic hell-on-Earth year that, if worse weren’t potentially on the horizon, could perhaps be quickly forgotten. But with the urge not to depress you utterly, before the bad news pours in, let me start with one upbeat story, one bit of good news!

(Note: You can view every article as one long page if you sign up as an Advocate Member, or higher).

The views expressed herein are the sole responsibility of the author and do not necessarily reflect those of this website or its editors. 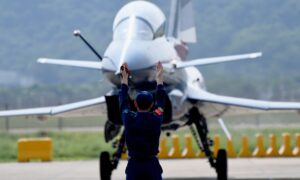 George Packer: Americans Don’t Know How to Listen to Each Other 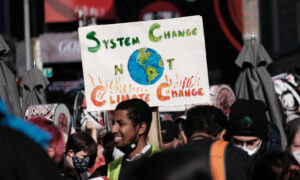 Stop ‘Authoritarian Climate Governance’ Before It is Too Late

Communing with Camus in 2022