What is Vladimir Putin’s Endgame? The 21st century’s great bogeyman returns, on seemingly endless fronts, to test yet another American president.

But Russian President Vladimir Putin has. From Windows 95 to iPhone 13, the “most man” in Moscow has been a staple of the last quarter century: lead singer of a civilization as frustrating as it is promising (for Washington anyway), as enigmatic as it is European (but not Western). Since the collapse of the American unipolar moment—dated let’s say, from the failures of the Iraq War—Russia has increasingly, let’s say, tried its luck.

The frost out East started in earnest in 2007, with Putin’s famed, fiery address at the Munich Security Conference (his lambasting of what was then American, neoconservative orthodoxy found a sympathetic ear even in some corners of D.C.). It got real the next year, though, with the 2008 “August War” in Georgia (the Caucasian country, not the Peach State). Then came a later-reported, highly provocative offer by the Kremlin to Beijing to dump Fannie Mae bonds during the financial crisis of the same year.

In 2009, Team Obama, led by the new president’s top diplomat Hillary Clinton, famously tried a “reset.” This time ten years ago, in 2012, Obama told Putin’s stand-in/rival Dmitry Medvedev he’d have “more flexibility” if he won re-election, which he did; but Medvedev, essentially, did not. By 2013, Putin (who took a putative breather in the prime minster’s office) was back in the saddle as Russian president.

It’s been downhill ever since.

The 2014-2015 imbroglio in Ukraine that coincided with the so-so Olympics in Sochi set the tone for current relations between the two countries. In an effort to contrast himself with all things Barack Obama, then-candidate Donald Trump posited America work with Russia. Decades of the life and activities of the fast-and-loose real-estate wheeler-dealer were then combed through, and though little was found, concerns about ties to the Kremlin basically subsumed a whole presidential term in office. It is likely no occupant of the Oval will ever propose detente so lightly again.

Nazarbayev is back in the news this month (though not officially back in the president’s office) as Kazakhstan, with nine times the land mass of California but two fifths of its population, has erupted into fresh tumult. Putin has sent in “peacekeeping” forces, but as Secretary of State Antony Blinken said this week, without much irony vis a vis recent American history: “Once Russians are in your house, it’s sometimes very difficult to get them to leave.”

Add in Moscow’s apparent fresh ambitions for Ukraine, and the ever-disintegrating situation in Belarus, and it’s clear Russia is as much a player as ever, even if the world wants to move on from it. Never shy, former National Security Advisor John Bolton wrote in the Journal over the weekend, “Belarus and Kazakhstan are prominent candidates for full reintegration into Russia. Moscow has already outright annexed Crimea from Ukraine and achieved de facto control of the Donbas. Two Georgian provinces declared independence, and Transnistria remains outside Moldova’s control.”

Bolton continued, suggesting Putin seeks nothing less than a reconstituted Soviet Union: “Mr. Putin has a paradigm.” Bolton goes on to argue that the North Atlantic Treaty Organization “must urgently develop a strategy for the non-NATO former Soviet states” and “NATO firmness now can render Mr. Putin’s expansionist aims untenable.”

You can dissent from Ambassador Bolton’s prescriptive agenda, but it is in fact harder to quibble with his descriptive analysis. In the age of “civilization states,” Russia may, indeed, seek nothing less than “the point where the Soviet Union rose from its ashes,” as Bolton suggests (albeit, in Mr. Putin’s ultranationalist, decidedly not Marxist-Leninist form).

The operative question is, especially in the face of a rising China: should America care about Russian aggression? Both parties seem to be divided.

A more restrained foreign policy has for years been ascendant on the left, and President Biden himself has shown a realist edge of sorts in the early going, from his cutting bait in Afghanistan to his first personal dealing with Putin as president last spring. But Biden’s cabinet is chock-full of veterans from the last time the Kremlin deviled the Democrats: figures like Blinken, NSA Jake Sullivan, and State’s Victoria Nuland—all politicians not exactly inclined to give Russia a pass. But leading the U.S. delegation in Geneva on Monday is Wendy Sherman, long castigated by haters as “the biggest appeaser in government.”

So it’s not at all clear which way the White House is going to go.

Even less clear is the GOP side of the ledger. TAC co–founder Patrick J. Buchanan wrote last week, “Our great challenge in the 21st century is not Russia. Indeed, in the long term, we want Russia on our side in the long struggle between the U.S. and the West, and Communist China.” He continued: “What the U.S. should do in this Ukrainian crisis is to avoid a war with Russia, avoid an escalation, and leave our adversary with an honorable avenue of retreat. Again, with Russia, time is on our side.”

This sort of language has been echoed by Fox host Tucker Carlson, who recently asked why the U.S. should have a dog in this fight between Russia and Ukraine, and indeed even spoke understandably vis a vis Putin’s recent moves.

Carlson was shot at, elliptically, by fellow Fox host Trey Gowdy, a prominent former congressman, on Sunday night, when Gowdy asked new intelligence committee chair Rep. Mike Turner of Ohio about this kind of sentiment (Gowdy did not call out Carlson by name—all but). Turner, who has quarreled with Carlson (though not in Ted Cruzian fashion), responded sincerely but humorously, that Russia had nothing to fear from NATO as it was merely a defensive alliance.

The fate of the American conservative framework toward Moscow may well depend on the result of the 2024 contest: Will the GOP standard-bearer be a figure like Trump, clearly more of the Carlsonian mold, or someone more comfortable swimming in the establishment stream, such as the lean and mean Mike Pompeo? Pompeo has done a lot of consulting on Capitol Hill out of office, and clearly wouldn’t give some like Turner the heebie-jeebies.

Even if the Buchananite wing wins out, tricky reality may intervene (Trump’s administration, after all, for all the rhetoric ended up arming the Ukrainians more heavily than Obama’s ever did).

If the worst comes to pass in Ukraine, “it will not be a drawn-out war,” George Beebe, vice president of the Center for the National Interest (which has historically urged a careful, realist line on Moscow), told me. “The Russians will win quickly, and there will not be much that the U.S. or NATO can do short of escalation to strategic nuclear levels.”

Beebe warns of a more zero-sum future than most Americans, even realists and restrainers, are accustomed to: “And [the Russians] appear to have China’s support in this matter, raising the possibility that China might seize the opportunity of a Russian invasion to attack Taiwan. Many of those who say we should let the Russians invade Ukraine and suffer the consequences fail to grasp how badly that course of action could play out for the West.”

The truth is, the endgame of Putin’s long reign may well depend on political intrigue on the other side of the world.

Curt Mills is a contributing editor at The American Conservative, where he previously served as senior reporter. He specializes in foreign policy and campaign coverage and has worked at The National Interest, U.S. News and World Report, Washington Examiner, and the Spectator, and his work has appeared in UnHerd and Newsweek. He was a 2018-2019 Robert Novak Journalism fellow.

Bringing Sanity to the Omicron Chaos As Long as Capitalism Exists, the Threat of Fascism Exists 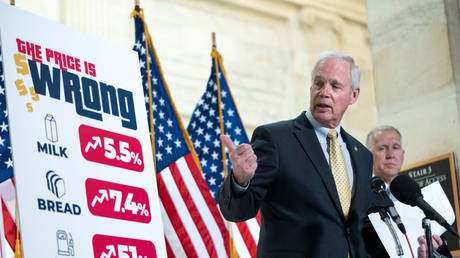