Would giving €20,000 to every 18-year-old reduce the world’s soaring wealth inequality? 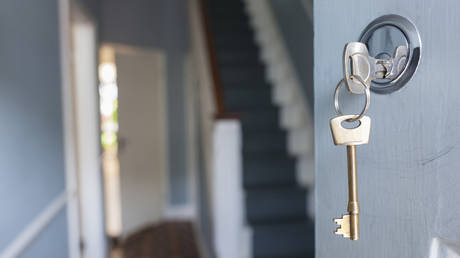 A controversial plan to bolster equality has been suggested in Germany. Could it work? Or is it, like so many ideas, a nice one on paper but completely impossible to implement in practice?

Should every 18-year-old be handed €20,000? That’s what an influential German think tank believes. It may sound somewhat utopian or even outlandish, but those who call for its implementation argue that such a policy would be for the benefit of society.

The German Institute for Economic Research, for example, argues that “if we really want to create prosperity for everyone in the foreseeable future, then we should reduce the high level of wealth inequality through redistribution; by giving the non-asset owning half of the population a basic inheritance.” The author of the report also states that the payment should be used to pay for “education or training, a property down-payment or for starting a business – not to be squandered.”

The proposal is called “universal inheritance,” a policy that is advocated by some political parties of the Left across Europe. This is somewhat of a far-flung aspiration at the moment, but with countries looking for ways to recover from the Covid pandemic, could the idea of giving young people a state-funded leg up on the financial ladder be a good idea?

The proposal of universal inheritance is on the peripheries of political discourse at present, but I know from Brexit that what is sometimes considered a fringe idea can, overtime, become mainstream.

Nonetheless, at present no country in the world has implemented such a policy, although some have moved in this direction, and have initiated basic universal income trials. Finland, Kenya, and Iran, to name a few, have already trialled universal basic income. This policy, however, is more mainstream and was first advocated by 19th century philosopher Thomas Paine. Libertarian economist Milton Friedman and, more recently, Facebook/Meta CEO Mark Zuckerberg, have also stated their support for the policy.

But the proposal of universal inheritance goes much further. Rather than providing a basic income for all, this proposal suggests giving a state-funded financial windfall to all young people once they hit a certain age. So, whereas the children of the wealthy generally inherit private windfalls from family, under these proposals all would be provided with payment from the state.

As Dane Clouston, who heads up the UK-based Campaign for Universal Inheritance, says: “Those who benefit from the pretence that equality of opportunity has nothing to do with the distribution of inherited wealth … are the heirs in the next generation of families that own most of the business, farming and shareholding wealth – vast amounts of which have been and are received by them completely free of tax as a result of a series of scandalous exemptions.”

Supporters of universal inheritance believe that its implementation will go some way to creating a more equal society.  It will provide young people from poorer backgrounds with an opportunity to make their way in life. Indeed, calls for greater equality have grown louder due to the Covid pandemic – and rightly so, as the gap between rich and poor has grown even wider.

The study in question confirms this, as in Germany “the richest 10% own two-thirds of total private wealth (some €12 trillion in assets); the richest 1% own a third, while the richest 0.1% own up to a fifth.” It is the same in the UK, where the top 1% own nearly a quarter of the nation’s wealth, and it has been growing in recent years. Whether you are on the Right or Left, I think we can all agree that so much wealth in the hands of so few is absurd.

In some ways, I benefited from a similar system to universal inheritance. When I first went to university back in the 1990s I was provided with a grant. However, Tony Blair’s Labour government turned those grants into loans, and then David Cameron’s Conservatives implemented tuition fees. So, whereas once a university education was paid-for by the state, it is now extremely costly. This, I know for a fact, puts a lot of young people from poorer backgrounds off going into higher education.

However, would I support providing all 18-year-olds with a one-off windfall payment? No. Firstly, the cost would be astronomical, with the German study putting it at a whopping €22.6 billion (nearly $26 bn) per annum. Secondly, it would be riddled with bureaucracy and red tape, and wide open to fraud. Nevertheless, could a scheme like this work? Yes, but only if the public was prepared to pay for it, which I very much doubt.

Another reason it will not happen any time soon is that it does not make electoral sense. Studies show that young people are the least likely section of society to vote in elections. So why take cash from those who vote to give it to those who don’t? Politicians are cynical beasts, and primarily concerned with self-preservation, so there’s no incentive to implement this kind of policy.

Universal inheritance on paper looks like a great policy and could go some way to “levelling up” the inequalities in society; but, as with most policies that look good on paper, it won’t work in reality. The public will not support it and nor would it be financially viable, so don’t expect to see universal inheritance anytime soon. It’s a nice idea, though. 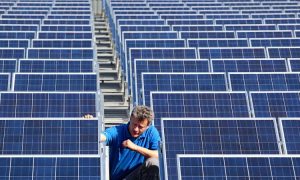 Shortage by Design: Trucking in America