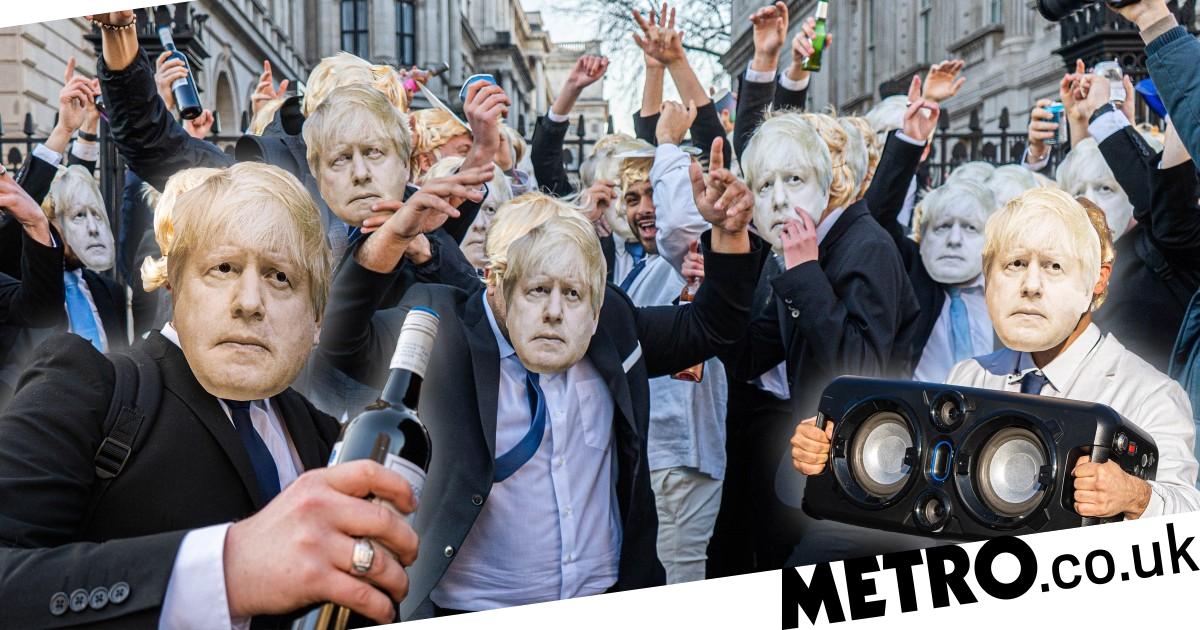 Dozens of ‘Boris Johnsons’ partied outside Downing Street in a fun poke at the several parties the Government is accused of holding despite Covid restrictions.

The Tories are facing a so-called partygate row after the Prime Minister himself apologised to the House of Commons for a bring your own booze garden party.

Mr Johnson has repeatedly insisted this event, held at a time when no more than two people were allowed to meet socially, was a ‘work event’.

This has caused fierce backlash for Mr Johnson and his ministers, culminating in a rather untraditional protest of sorts.

Some had tied Union Jack flags around their bodies while others were heard chanting ‘my name is Boris’ and ‘this is a work event’.

It is believed the event was organised by the YouTuber ‘JaackMaate’, who shared pictures of the event on Twitter with the caption: ‘We hired 100 Boris Johnson’s and threw a party outside Downing Street…’

Several politicians have called for Mr Johnson to step down over the party allegations as the public is fuming they had to suffer lockdowns and restrictions that seemingly went unobeyed by the people who made them.

It comes after Number 10 apologised to the Queen for holding two parties on April 16 – the day before Her Majesty sat alone at Prince Philip’s funeral.

The PM’s spokesman confirmed No 10 has said sorry to Buckingham Palace, adding: ‘It is deeply regrettable that this took place at a time of national mourning and No 10 has apologised to the Palace.

‘You heard from the PM this week, he’s recognised No 10 should be held to the highest standards, and take responsibility for things we did not get right.’

Most recently, reports have said Downing Street staff held ‘wine-time Fridays’ at the end of each working week.

Sources told the Daily Mirror that the Prime Minister encouraged aides to ‘let off steam’, despite indoor socialising being banned under lockdown rules.

The tradition became so popular that staff allegedly bought a special fridge to keep booze in.

The Mirror published a photo purporting to show the fridge getting delivered through Downing Street’s back door.

Sources went into detail about the events, reportedly telling the Mirror that the gatherings sometimes went on as late as midnight with up to two dozen aides drinking wine and beer and playing games like Pictionary.

The PM was said to have attended a ‘handful’ of the gatherings at points when indoor socialising was banned under lockdown rules.

With the pressure on Mr Johnson to quit, it is said he planning a complete reshuffle of Number 10 so he can keep his job.

The plot – reportedly dubbed ‘Operation Save Big Dog’ – is supposed to include a list of officials he will fire over the parties so he can distance himself from them.

Downing Street refused to comment on the plan and said ‘we do not recognise this phrase’ when asked about the name ‘Operation Save Big Dog’.

Asked about ‘Wine-time’ Fridays a spokesperson said: ‘There is an ongoing investigation to establish the facts around the nature of gatherings, including attendance, setting and the purpose with reference to adherence to the guidance at the time.

‘The findings will be made public in due course.’ 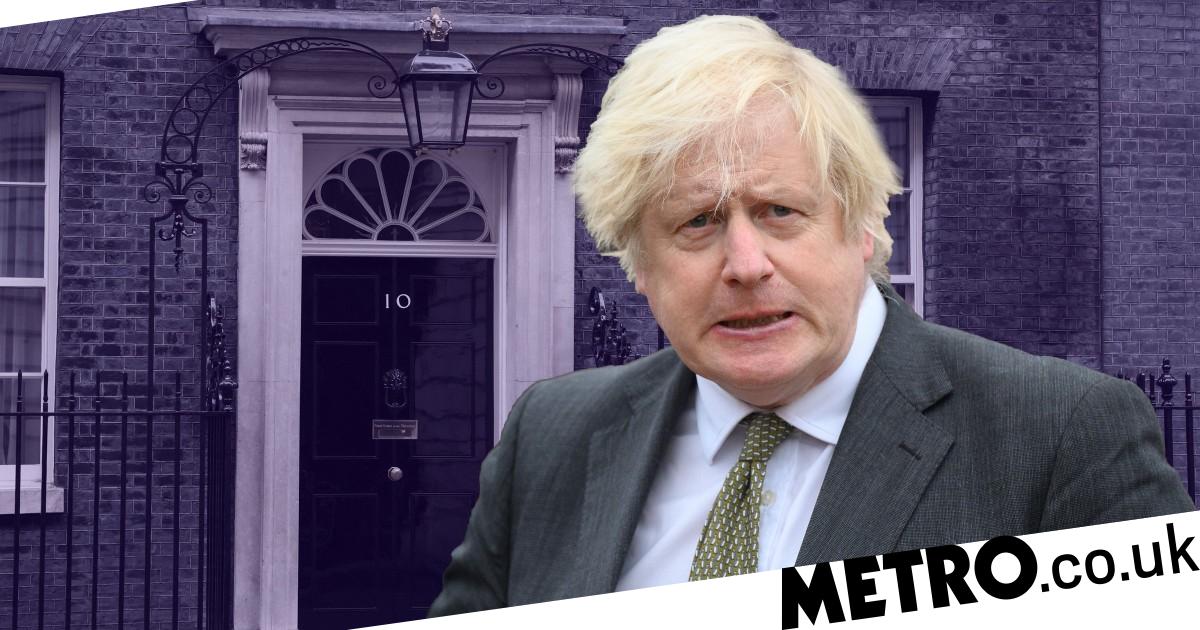 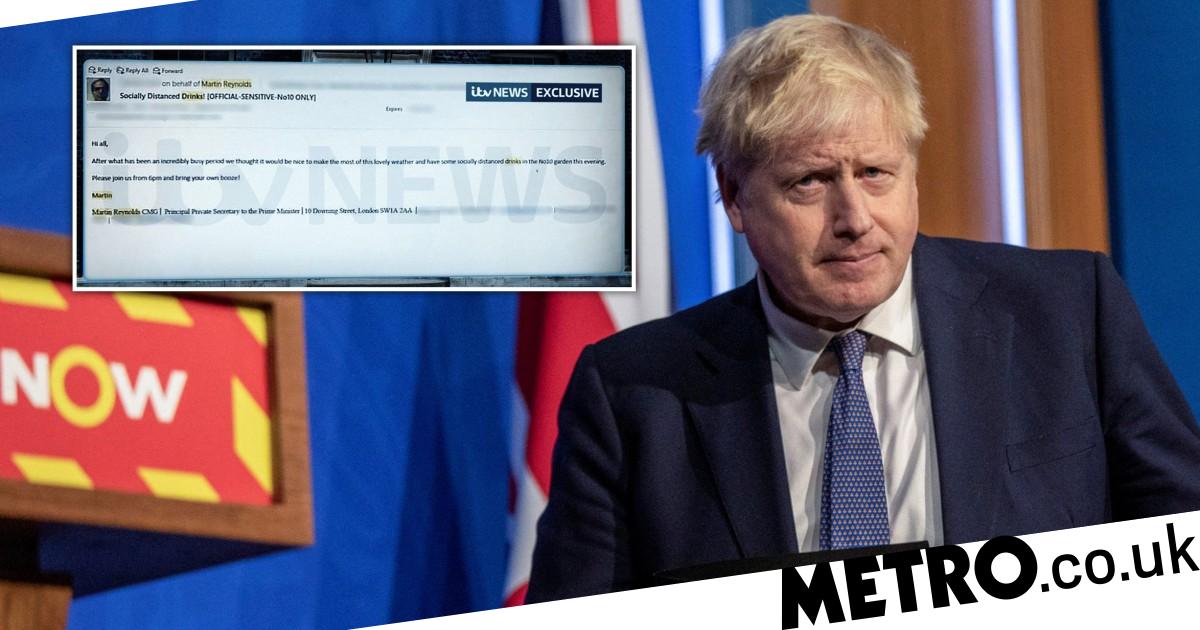