Children have been left ‘freezing’ during breaktimes after a school confiscated their own coats, telling furious parents to shell out up to £100 for a selection of official branded items including an ‘incredibly thin’ school jacket.

Pupils at Bishop Heber in Malpas, Cheshire are only permitted to wear branded items on school grounds, including a jacket which parents claim ‘is not up to the job’.

The school’s Covid measures mean windows and doors are kept open to circulate air throughout the day – but students are left ‘frozen’ because the garment is ‘incredibly thin’ and doesn’t keep children warm.

Photos taken by furious parents show staff milling around in warm overcoats while some pupils are just in jumpers – and many have spoken out about their children getting ill in the winter temperatures.

Despite the ‘archaic’ measure, English schools are to be banned from requiring unnecessary branded items from September 2022 and will have to ensure second-hand uniforms are available.

Pupils at Bishop Heber in Malpas, Cheshire are only permitted to wear the costly branded item on school grounds, which parents claim ‘is not up to the job’

The school’s Covid measures mean windows and doors are kept open to circulate air throughout the day – but students are left ‘frozen’ because the £100 garment is ‘incredibly thin’ and doesn’t keep children warm. Pictured: Headteacher David Curry (left) with Bishop Heber students

One mum said that her asthmatic son was put into isolation for retrieving his confiscated coat as he was cold.

The school says it believes if kids were allowed to wear their own coats, it would ‘erode the great relationships we have with the students’ because they might end up wearing hoodies.

The school’s policies have been slammed by Cheshire MP Mike Amesbury, who is currently pushing a Bill to make sure parents are not being saddled with hefty bills for branded uniforms.

Parents have also complained about the cost and quality of the branded windcheater, which can be purchased for £25.

One parent whose children are currently complying with the policy said that the school anorak was not sufficient to keep her children warm.

She said: They would literally have to have a branded polo, branded sweater, branded fleece and branded anorak in order to be warm and dry outside. Given Mike Amesbury’s law, that is extremely excessive branding – and I’ve never heard of another school having a branded outside coat before now.’

Those four items will set parents back £94.50, ignoring the need for multiple purchases sensible for some items.

Another parent added: ‘They confiscated his [my son’s] coat yesterday – outside – which I thought was absolutely ludicrous. He has asthma, which he is on constant medication for, so getting cold does him no good whatsoever.

‘Because he went and got his coat back because he was cold, he has been put into isolation, that was his punishment.

‘Why would you take a coat off a child when you know they’ve got asthma?’

She continued: ‘Kids should not be worried about getting into trouble for keeping warm.

‘At some point, common sense has to prevail. These kids should not have to be cold.’

Another mum said: ‘It was bitterly cold, freezing all day, and his hands were so cold that he couldn’t hold his pen in English. When he came out of school he was absolutely frozen.

‘These children are freezing outside, then they’re going into a classroom with the windows all open – they need to be warm.

‘If we’ve got to have this rule, if that’s what the headteacher wants, then please can he ditch his padded coat and can the teachers lead by example by all standing outside without their coats on? Because I think that would set a good example for the children.’

She added: ‘These children have a right to be warm.’

In an email to the parents of Year 9 students, head teacher David Curry explained the rationale behind the coat ban:

The email reads: ‘I’d like to take this opportunity to state that students are allowed to wear coats to and from school as some have long journeys and have to wait for parents and/or buses in the morning/afternoon.

‘However, once they arrive at school after registration period, we expect that an undergarment (e.g. vest/t-shirt/base layer) along with a school polo shirt, jumper, fleece and optional jacket (windcheater) would be sufficient to keep them warm and conversely allow them to take layers off when in warmer classrooms.

‘In essence, the four/five layers of clothing we suggest should be more than ample to ask them to go out at break to get a blast of fresh air and withstand almost all weathers.

‘We are fortunate at Heber that students almost always understand this and so usually it works really well.

Schools in England will be required to help keep uniform costs down by removing unnecessary branded items from their uniform list and selling second hand items.

The Department for Education (DfE) published new statutory guidance for schools on Friday instructing them to ensure their uniform is affordable from September 2022.

Schools are expected to have taken steps to follow the new rules before parents buy uniform for the next academic year – potentially saving families hundreds of pounds a year as they can opt not to buy often expensive branded items such as blazers from specialist schoolwear suppliers.

The Education (Guidance About Costs of School Uniform) Bill was passed in April this year, making guidance given to schools about the cost of uniform policies legally binding.

Schools are being advised to keep branded items to a minimum and also to make sure that uniform is affordable in the new guidance.

They will also be told to only enter into single-supplier contracts when they provide the best value for money and that these contracts are put up for tender at least once every five years.

The guidance also sets out that uniform policy should be made after consulting parents and that each school’s rules should be set out clearly on their website.

The Government has also advised schools to make second-hand options available in order to reduce the carbon footprint from schools as it continues its push to reach net-zero carbon emissions by 2050.

DfE research showed that in 2015, parents were saving £50 per uniform when their child’s uniform could be bought from any shop rather than a school-recommended supplier.

School uniform costs an average of £337 a year for secondary schools and £315 for primaries, according to The Children’s Society. Some items, such as secondary school blazers with the school’s logo can cost as much as £50 each.

If we allowed non-uniform coats, we believe strongly that it would erode the great relationships we have with the students day to day as inevitably students would push the boundaries and wear hoodies and other coats (inc. styles and colours) that undermines the high standards we have.

‘More importantly, I also believe that it would become a status issue for us and possibly make some students feel vulnerable.

‘Many of the most expensive coats (e.g. North Face and Canada Goose are upward of £200-£300 even £1,000) and wearing/owning the ‘right’ coat could become the motive rather than its thermal properties which I feel, could undermine what we stand for as a comprehensive school and put pressure on students in school and families to conform to a set of norms/expectations that aren’t healthy, marginalising some students and putting at risk that sense of belonging which we work so hard to achieve at Heber.

‘I hope our rationale makes sense and that our drive to ensure every child can be the best they can be is central to the decision.’

An Act of Parliament designed to reduce exorbitant school uniform costs was passed this year, and is set to come into force from this September. The Bill was introduced and championed by Cheshire MP Mike Amesbury.

The Weaver Vale MP, and Shadow Local Government Minister, said: ‘The reason I championed this cause was because too many children, families and carers were facing the strain of increased, prohibitive costs in terms of school uniforms up and down the country, particularly around branded items of clothing.

‘The provisions of the Act come into play next September and every school, including this school, has got to prepare and respond to the new law.

‘What is being reported by parents is clearly against the spirit of the Act. To hear about coats being confiscated in the middle of winter because they are deemed non-compliant with uniform policy, is plainly ridiculous.

‘I agree with the principle of school uniform but would encourage Bishop Heber to get ahead of the game by adopting a more reasonable approach in its policy, with greater emphasis on affordability and less emphasis on insisting on every item must incorporate school branding.’

The school’s ‘Behaviour and Discipline Policy’, last reviewed on December 7 2020 states that: ‘Students may wear any coat to and from School. However, these must be removed once the School day starts (9am). Only ‘Heber’ School coats may be worn throughout the School day (until 3.30pm).

‘During the school day; no other tops, jackets or jumpers are permitted and students will be asked to remove them. Students who repeatedly wear non-uniform coats will have them confiscated and returned at the end of the School day/week.’

Another mum said: ‘Some of the policies of the school are absolutely archaic. A lot of parents have been asking why their children have been put into isolation, and they’ve not really received any answers from the school.

‘Whether it’s raining, sleet or snow, if it’s really Baltic cold, they’re not allowed to wear their jackets. Teachers will go up to them in the yard and tell them to get their coats off.

‘They’re preaching about what an amazing school they are, but they’re not treating pupils with respect.’

A fourth parent added they felt Bishop Heber is ‘more akin to a Victorian workhouse than a school’.

Cheshire West and Chester Council and Ofsted both said that they do not have a policy on school uniform, and so could not comment on this case.

Bishop Heber High School has been contacted for comment. 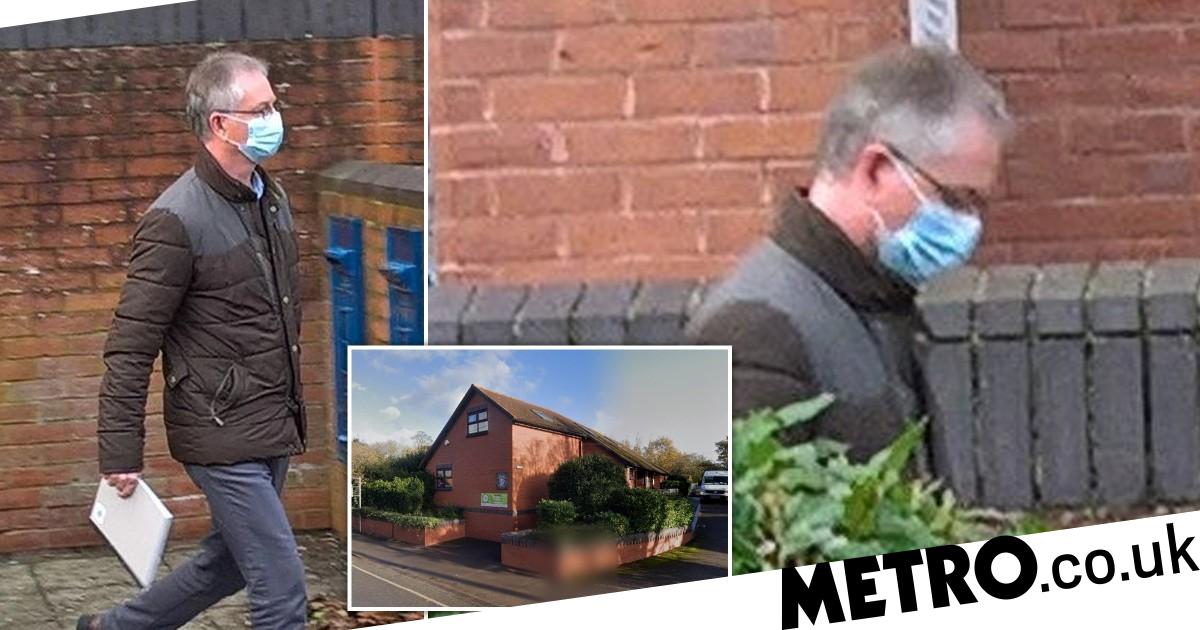 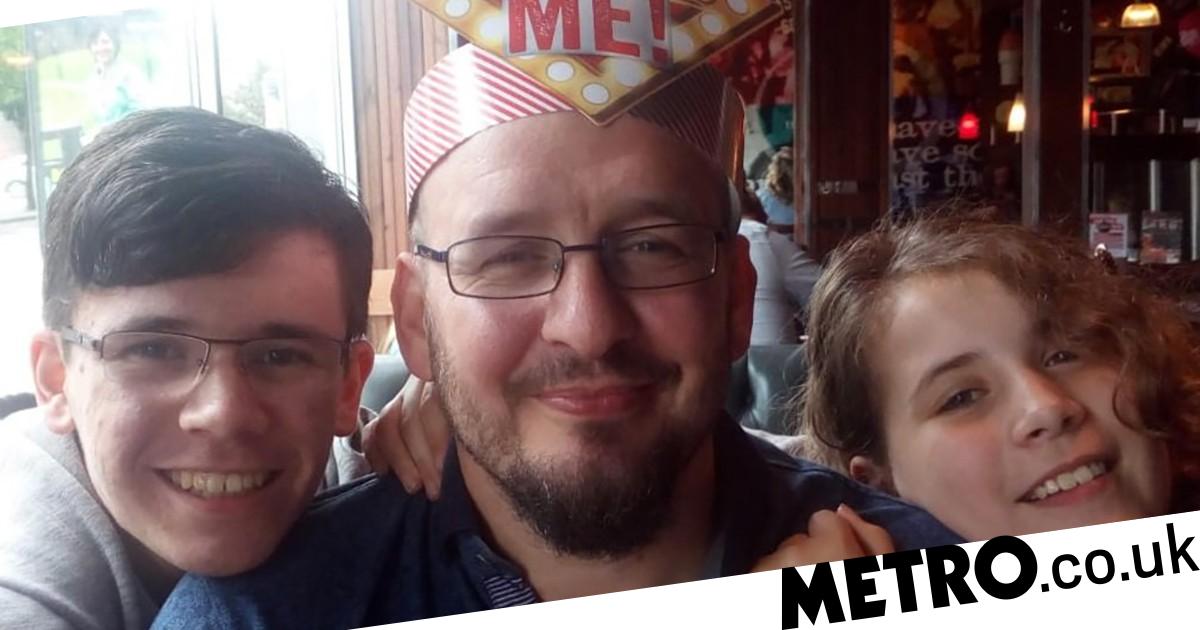 Dad, 48, died after having ‘heart attacks as he sat in A&E waiting room for nine hours’ 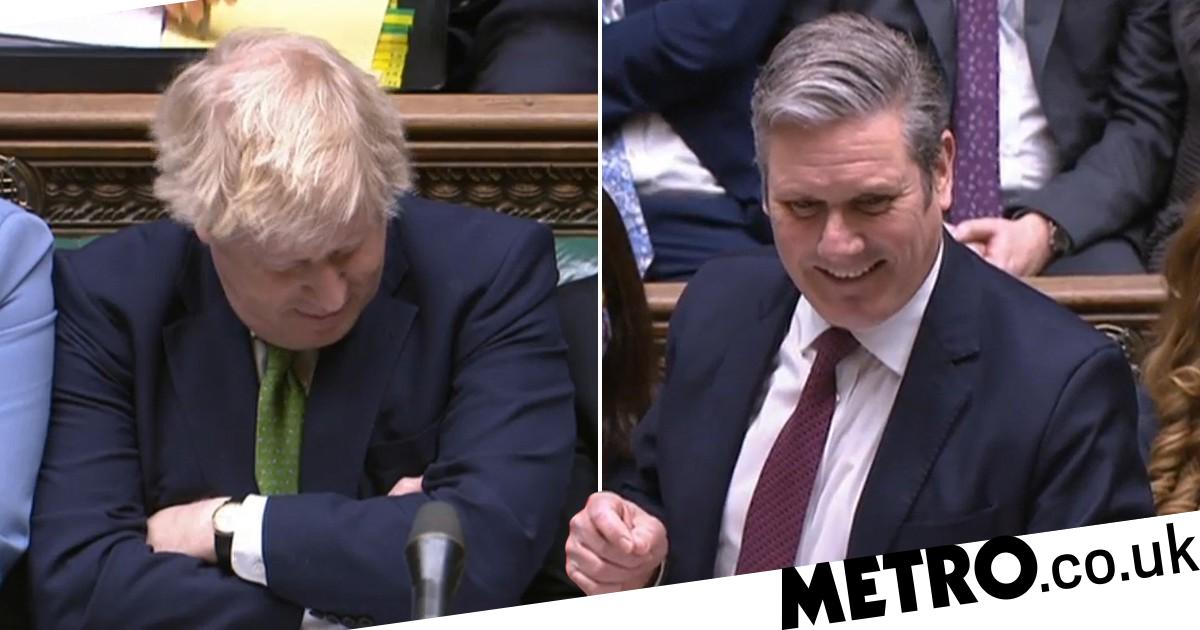