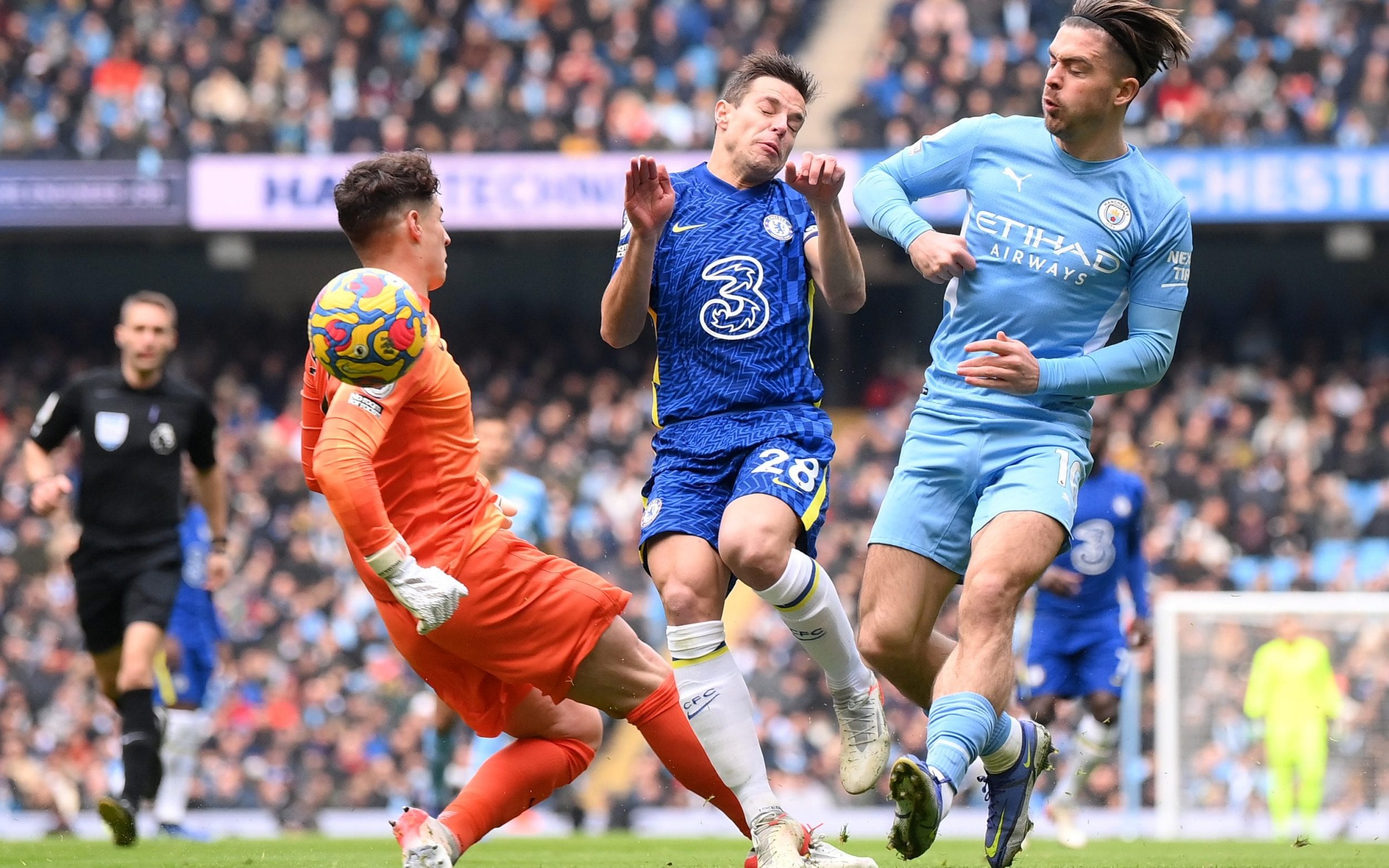 For all their supremacy on the ball, and their constant waves of possession it required one man’s moment of inspiration to win this game for Manchester City and with it perhaps Kevin De Bruyne drew a line under this season’s title race for good.

Eight months ago, Chelsea won the Champions League final against this City side who contrived to lose it too, and since then it seems the gap has only got that much greater to the European champions. This afternoon it stands at 13 points from Pep Guardiola’s runaway leaders to Chelsea in second place and then everyone else, and it will take a collapse of nerve of epic proportions for the serial Premier League champions to throw it away now.

That is back-to-back league wins for City this season over Chelsea, their nearest challenger. The City run goes on: 14 wins from the last 15 games in all competitions and the last dropped points in the Premier League that defeat to Crystal Palace on Oct 30.

There might have been more goals for City but the one they did score was as good as any, De Bruyne taking the ball in the inside left channel with a briskness in his stride that left N’Golo Kante bobbling in his wake. The Chelsea defence reacted to the breach of the line a moment too late and De Bruyne swept a right foot shot around Kepa Arrizabalaga and inside the Chelsea goalkeeper’s left post. Against his former club in that final in Porto in May, De Bruyne had run into Antonio Rudiger’s unmoving shoulder and paid the price – this time there was no question who was in charge.

A brilliant performance from De Bruyne at the heart of a City team whose restless energy was just impossible for Thomas Tuchel’s side to live with. The first half was a write-off for the visitors: even Chelsea, the champions of Europe, with all those accomplished footballers and the inflatable European Cups being waved on their behalf in the away end, can fall into the jaws of the City possession dictatorship. Who knows what it feels like out there when the ball is never your own and the game ripples and pulses just out of your grasp.

Both Chelsea’s chances fell to Romelu Lukaku and both times he fell well short of the ruthlessness required against a side that only afford their opposition the briefest glimpses of goal. Chelsea now have three wins from their last nine Premier League games and 14 points dropped in that period.

Tuchel’s team, with a five-man defence for most of it, were fighting emergencies everywhere. Marcos Alonso, a man who has pretty much won it all, was booked in the sixth minute and then obliged to do everything with an excess of care. But even the first six minutes had not been great for him, beaten by the standing acceleration of Raheem Sterling whom he fouled for the booking. Christian Pulisic and Hakim Ziyech were passengers, the latter brutally outpaced by Kyle Walker in one second half moment. Mason Mount did not make the starting XI.

The first chance for Chelsea was Lukaku’s best moment initially. He moved John Stones out of his way and bore down on goal only to try a blindside pass to Ziyech when it would have been easier to shoot. In the second half, Mateo Kovacic set Lukaku free on goal and he could not get the shot past Ederson. He was not offered a third opportunity.

City had the chances to score in the first half and frankly it was remarkable they did not lead at half-time Even the assurance of Kovacic was not enough to prevent him being hustled off the ball by De Bruyne six minutes before the break. The ball broke to Jack Grealish who should have scored. In defence of Arrizabalaga he got a leg to it. A better second half for Chelsea but De Bruyne’s winner was the least his team deserved. How I shed two stone with the WeightWatchers revolution, by James Corden

Shopping is RISKIEST activity for getting Covid