Housing reform | What a day it’s been for Michael Gove, the Housing Secretary, who set out how money for fixing dangerous cladding “must come from those responsible” and confirmed immediate amendments to the Building Safety Bill to extend leaseholders’ rights. He also said Tony Blair was an “outstanding statesman” and any fair-minded person would agree, and got stuck in a lift at the BBC headquarters for more than half an hour this morning as the incident was likened to a scene from W1A.

The big story: Djokovic not clear of deportation threat

It is another win for Novak Djokovic but it is not yet “Game. Set. Match.”

First the good news in the Serbian’s quest to compete at the Australian Open and become the most decorated men’s singles grand slam champion.

He has returned to training on the tennis court, his family has said, and has tweeted that he still wants to play in the first major of the year.

However, the Australian immigration ministry says it is still considering the use of discretionary powers to deport Djokovic later this week.

The event was cut short after reporters asked the family whether Djokovic had attended a public event after he had tested positive for coronavirus.

While Djokovic spent recent days staring at the four walls of his Melbourne quarantine hotel room, elsewhere a devoted support bubble has been hard at work on his behalf.

Read on for the key people who have rallied behind him.

The late twist in the Djokovic saga provoked wild anger on the streets of Melbourne, as hundreds of his supporters waved Serbian flags and hurled vitriol at police officers, who used pepper spray to try to disperse the crowds.

Oliver Brown recounts the twists and turns in the player’s farcical court hearing and outlines how the resolve of Australian prime minister Scott Morrison’s government to make an example of Djokovic has been laid bare.

Court documents submitted for his deportation hearing have revealed that the Serbian confirmed he was unvaccinated against coronavirus while trying to enter Australia.

Read the full transcript of what he told a border official about his inoculation status.

‘I’d rather he didn’t play’

If Djokovic is allowed to defend his Australian Open title, what will his fellow professionals think?

Rafael Nadal has branded the deportation farce “a circus” and joked he would prefer it if his arch-rival was prevented from playing. Nadal, who last week said Djokovic only had himself to blame for being denied entry to Australia, proclaimed “justice had spoken”.

The Serbian’s conditioning is bound to have been affected by his brief internment, but Simon Briggs pities his next opponents – as he is never more dangerous than when the world is against him.

A sideshow to this spectacle has been a Twitter spat between another of Djokovic’s long-time rivals, Sir Andy Murray, and Nigel Farage.

The former Ukip leader has urged Sir Andy to “concentrate on tennis” after the former world number one mocked him over his support for the Serbian.

Mr Farage claimed the three-time grand slam champion and double Olympic gold medallist did not “understand politics or the Brexit campaign” and was “filled with prejudice”. Read Sir Andy’s joke.

A court in Myanmar sentenced Aung San Suu Kyi, the country’s civilian leader, to four more years in prison today, after finding her guilty of illegally importing and possessing walkie-talkies and violating Covid-19 restrictions. Ms Suu Kyi, 76, had already been convicted in December on two other charges and handed a jail term of four years, which was halved by the junta chief. The Nobel laureate has been under house arrest since the military seized power on February 1, ousting the civilian government and detaining senior members of the ruling National League for Democracy. She faces charges on multiple counts that together carry a sentence of more than 100 years in jail. Read the international outcry.

While domestic fixture schedules continue to clash with Test windows, the Holy Grail of Premiership recruitment is landing an international-class player who somehow avoids being picked for international duty. In that respect, André Esterhuizen is something of a unicorn. The 27-year-old may well be the world’s best inside centre at the moment. Marrying power with sharp passing and disruptive defence, he has plundered three consecutive man-of-the-match awards for Harlequins. Yet in our Inside Line column, Charlie Morgan looks at the impact of one of the club’s uncapped English midfield signings thriving among more widely-known backs such as Esterhuizen, Marcus Smith and Joe Marchant.

Bitcoin dropped under $40,000 (29,600) today, putting it on track for its worst start to a year since the early days of the cryptocurrency. The digital coin fell as much as 6pc to $39,774, bringing its losses this year to roughly 14pc. It marks Bitcoin’s worst start to a year since at least 2012. It comes amid a broader sell-off in the cryptocurrency market as the Federal Reserve looks to tighten monetary policy. Ether, the second largest cryptocurrency, also fell. It comes as Silicon Valley’s most high profile venture capitalist, Marc Andreessen, leads the crusade to make crypto-finance respectable. Yet Andrew Orlowski reveals his efforts have sparked a row with Twitter founder Jack Dorsey.

The Marriage of Figaro | With Anna Netrebko’s withdrawal from performances of Verdi’s Nabucco this month, the Royal Opera has lost one of its new year highlights. But audiences will love this fizzy, funny and hugely accomplished revival of Mozart’s Marriage of Figaro. To have mounted a show of this sophistication in mid-pandemic is a triumph, and a capacity house relished every twist and turn of the comedy running until January 27. Read Nicholas Kenyon’s four-star review.

Three things for you

And finally… for this evening’s downtime

Dear Richard | As the Telegraph’s Agony Uncle, Richard Madeley weighs in on your dilemmas – the good, the bad and the ugly. One reader tells how their children’s rejection is breaking their heart.

If you want to receive twice-daily briefings like this by email, sign up to the Front Page newsletter here . For two-minute audio updates, try The Briefing – on podcasts, smart speakers and WhatsApp. 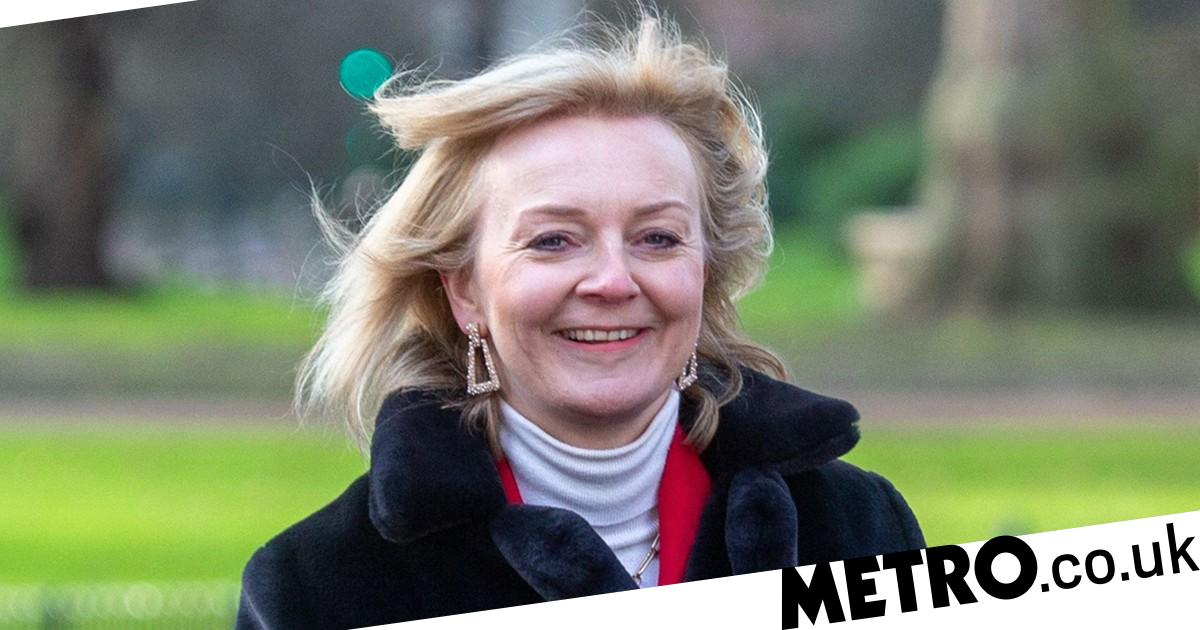