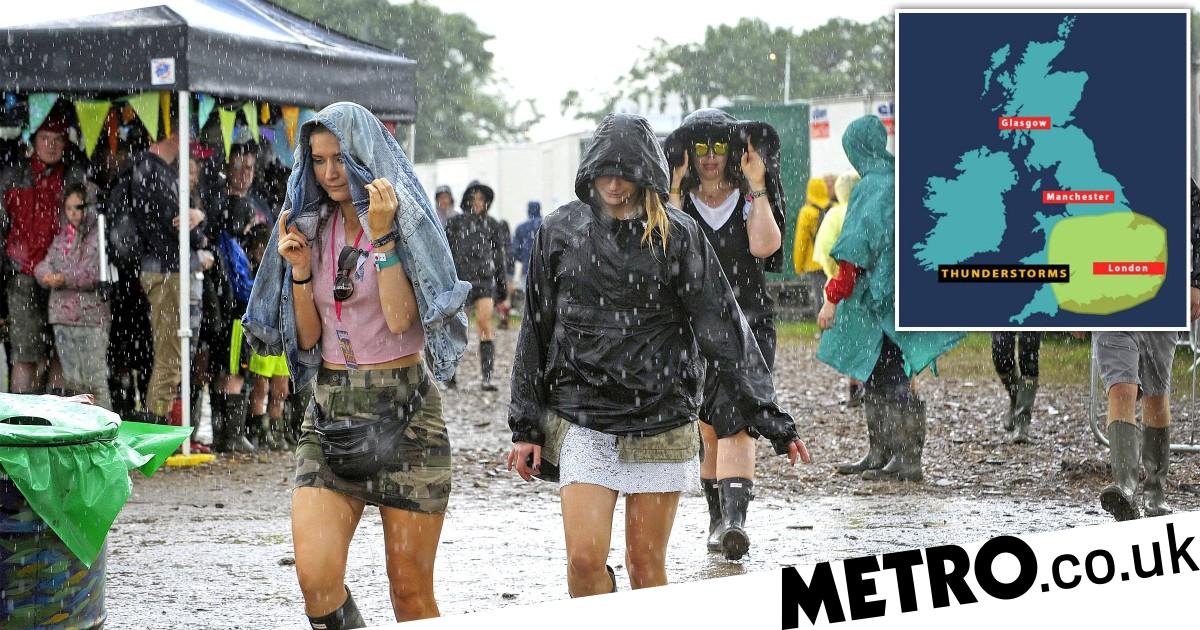 Glastonbury festival-goers ‘may need to take shelter if they can’ as thunderstorms are set to sweep across England today.

Music fans will be swapping sun cream for umbrellas at Worthy Farm as the weather turns from ‘wall-to-wall sunshine’ to ‘heavy thundery downpours’.

The Met Office has issued a yellow thunderstorm warning stretching from Sheffield in the North, across the South East and down to Bath in the South West.

There are risks of torrential downpours and of flooding in some parts of the country.

The yellow thunderstorm warning is in place between 10am today and 11.59pm.

Glastonbury revellers could well be caught in torrential downpours in Somerset, forecasters have warned.

Meteorologist Sarah Kent, from the Met Office, said that the nature of thundery showers means they will be ‘hit and miss’.

She said: ‘We know they are going to occur, but whether they happen exactly in one particular point is extremely hard to get right even this far ahead so it’s a risk.

‘If you did get a downpour tomorrow it is likely to be heavy and from blustery winds potentially tied in and the threat of some lightening as well – so it’s just to keep that in the festival-goers’ attention.

‘They may need to take shelter if they can if one of those thunderstorms do come through in the afternoon.’

She added: ‘The warning area encapsulates the risk of those storms occurring anywhere within that area so it is not expected to get to Glastonbury until the afternoon but the caveat is it is difficult to get the exact distribution of showers, it is just the nature of showers this far ahead but we will be posting updates as they develop.’

Festival-goers have already been warned to pack for all eventualities – and take their wellies – at Glastonbury, with light showers predicted on Friday and Saturday, followed by more heavy rain on Sunday.

Walkouts have wiped out more than half of the trains heading towards Somerset.

Tens of thousands of revellers were forced to find alternative routes, such as by coach, to the festival.

Fewer than one in five trains ran on Tuesday after members of the Rail, Maritime and Transport union (RMT) on Network Rail (NR) and 13 train operators staged the first of three walkouts, with strikes set to follow on Thursday and Saturday.

Glastonbury is not the only music event set to be disrupted by the strikes this week, with The Rolling Stones performing at the British Summer Time festival in Hyde Park on Saturday and the Red Hot Chili Peppers due to take to the stage at the London Stadium on Sunday.

Last minute changes to the line-up include rocker Terry Reid dropping out of his Sunday afternoon slot on the Acoustic Stage.

He will be replaced by Glenn Tilbrook, lead singer and guitarist of Squeeze.

Festival-goers started to arrive in their droves to the festival yesterday.

Pictures showed thousands lined up after enduring a three-year wait for the 50th anniversary amid the pandemic.

Some began queueing at 6am – with a massive cheer erupting as the gates were thrown open two hours later by founder Michael Eavis, 86. A thousand patients a DAY are waiting 12 hours for a bed in A&E, new report warns 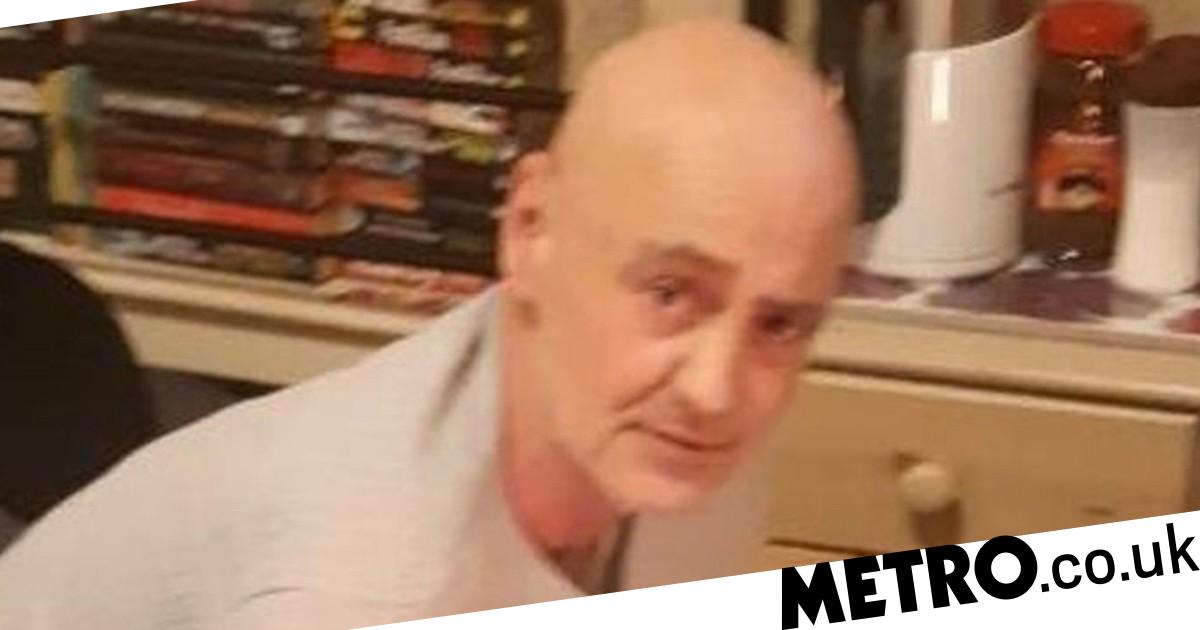