A new photo of Prince George to mark his eighth birthday shows him sitting on an off-road vehicle synonymous with his great-grandfather the Duke of Edinburgh.

The snap was taken by proud mother Kate Middleton, 39, at their Amner Hall home in Norfolk and shows the future king perched on the bonnet of a Land Rover Defender.

Philip, who died in April a few months short of his 100th birthday, regularly drove Land Rovers and during his funeral the duke’s coffin was carried by a specially adapted defender which he helped design.

Including the famous vehicle in the image will be seen as a poignant tribute to the late duke, who had a passion for engineering.

George, who celebrates his birthday on Thursday, is pictured beaming in the photograph, and is casually dressed in a £10 John Lewis polo-style striped top and shorts.

The duchess is a keen photographer and regularly produces images of George, Princess Charlotte and Prince Louis to mark milestones in her children’s lives.

AGED 8: The new photo of Prince George to mark his eighth birthday shows him sitting on an off-road vehicle synonymous with his great-grandfather the Duke of Edinburgh. George, who celebrates his birthday on Thursday, is pictured beaming in the photograph, and is casually dressed in a £10 John Lewis polo-style striped top and shorts

AGED 1 (left): Prince George photographed walking about in official pictures released back in 2014 to mark the young royal’s first birthday. AGED 2 (right): Snapshot taken in the gardens at Sandringham House as part of the series of official photographs taken by Mario Testino following Princess Charlotte’s baptism of Princess Charlotte

The 100 per cent cotton shirt worn by George costs £8- £12, depending on the size and is £10 in aged eight. It’s framed by a classic collar and short sleeves and  features a half button placket through the front

Prince Philip used Land Rovers throughout his adult life and granted his Royal Warrant to Land Rover more than 40 years ago.

Earlier this year, Kate revealed her children sometimes wish she would put her camera down.

George has spent the past 12 months living life under lockdown with his siblings and parents and has experienced some unusual things.

AGED 5 (left): Prince George was photographed grinning in his official portrait for his fifth birthday. AGED 7 (right): Heir-to-the-throne beamed at his mother the Duchess of Cambridge behind the camera as she snaps a shot for his seventh birthday

Kate has confessed she has been cutting her children’s hair, telling a group of parents in January: ‘I’ve become a hairdresser this lockdown, much to my children’s horror, seeing mum cutting hair.’

William, 39, and Kate, have planned a celebration for George tomorrow but Kensington Palace have not revealed details – but have previously said they have homemade cakes on birthdays.

Speaking to Mary Berry on a BBC’s A Berry Royal Christmas, she said: ‘I love making the cake. It’s become a bit of a tradition that I stay up until midnight with ridiculous amounts of cake mix and icing.

There was speculation that The Cambridges may not release a photo of George this year, due to being trolled in the past.

Philip, who died in April a few months short of his 100th birthday, regularly drove Land Rovers and during his funeral the duke’s coffin was carried by a specially adapted defender which he helped design. Including the famous vehicle in the image will be seen as a poignant tribute to the late duke, who had a passion for engineering. Pictured in 2018

Speaking on True Royalty TV’s Royal Beat, she said: ‘There are rumours that we might not see the photograph [of Prince George] when he’s eight, because they’ve been so upset by the rudeness of people mocking a little boy aged seven, and I hope they can overcome that.’

During the programme royal correspondent Roya Nikkah praised the Cambridges for easing their son into a life of service by bringing him along to watch the European Championships at Wembley.

He made his public debut in front of the world’s media on the hospital steps one day later, wrapped in a white merino wool shawl, cradled in his proud parents’ arms.

A great-grandchild to the Queen, he will be the 43rd monarch since William the Conqueror obtained the crown of England if, as expected, he follows the reigns of his grandfather, the Prince of Wales, and then his father, William.

When George was born, Kate Middleton followed in Princess Diana’s footsteps and stood on the steps of the Lindo Wing of St Mary hospital for the first time – which she has continued to do for the birth of all her children. Pictured, the Duke and Duchess of Cambridge with newborn Prince George on 23 July 2013

Striped delight! Prince George photographed walking about in official pictures released back in 2014 to mark the young royal’s first birthday (left). He is pictured a few months earlier at a play group at Government House, New Zealand

Prince George – the eldest son of the Duke and Duchess of Cambridge – donned a baby blue ensemble as he was pictured in his father Prince William’s arms during his second Trooping the Colour, on the balcony of Buckingham Palace, on 13 June 2015

King of the hill! Prince George, aged two, photographed taking a tumble at the Gigaset Charity Polo Match at the Beaufort Polo Club on June 14, 2015

Cautious mother Kate would make sure to cover her son’s ears with noise canceling headphones to protect his hearing when out in a particularly loud environment. Pictured, Price George on his first birthday

George is pictured with Prince William in a picture released for his second birthday. The photograph was taken in the gardens at Sandringham House and was part of the series of official photographs taken by Mario Testino following Princess Charlotte’s baptism of Princess Charlotte

During the Canada Tour of 2016, George, then three, enjoyed some downtime and was pictured smiling as he played with some bubbles at a children’s tea party at Government House in Victoria on September 29, 2016

A royal wave! George has grown to be more serious in front of the press but in 2016, aged three, he graced the media with a cute wave. Pictured, leaving from Victoria Harbour to board a sea-plane on the final day of their Royal Tour of Canada on October 1, 2016

Merry Christmas! George held onto his father’s hand on Christmas morning 2016, while his sister Charlotte, then one and half, was carried in her mother’s arms. Pictured at Englefield on December 25, 2016

Run, George, run! As an active young boy, the prince is often photographed playing around and running just like he did at  the Maserati Royal Charity Polo Trophy at Beaufort Park on June 10, 2018 (pictured)

The Cambridge’s oldest children George and Charlotte were on their best behaviour when attending the christening of their younger brother Prince Louis, at the Chapel Royal of St James’s Palace on 9 July 2018 (left)

George put on a serious display when he attended the wedding of Princess Eugenie to Jack Brooksbank at St George’s Chapel on October 12, 2018 in Windsor

George the joker! The young Prince was pictured playing tricks on his cousin Isla Phillips at St George Chapel, in Windsor, on the day of Princess Eugenie’s wedding on October 12 2018

Cheeky page boy! The birthday boy couldn’t contain his excitement during Princess Eugenie’s wedding in Windsor on 12 October 2018 – and was pictured with his hand over his mouth in shock

In the official Christmas card from the Cambridge family for Christmas 2018, George showed off his playful side next to a more demure Charlotte and a happy baby Louis

Fire hazard! Prince George helped his father mind a fire in the Adam White and Andree Davies co-designed garden ahead of the RHS Chelsea Flower Show in London on 19 May 2019 (left), before being joined by his sister, Princess Charlotte, four (right)

Prince George and Princess Charlotte, four, playing together as they attended the King Power Royal Charity Polo Day at Billingbear Polo Club on July 10, 2019 in Wokingham

Prince George has joined his family members for NHS Clap for Carers during the coronavirus lockdown from their home of Anmer Hall (pictured left, with Princess Charlotte and Prince Louis in March 2020)

George posed with his father, grandfather and great-grandmother for this shot of ‘Four Monarchs’ taken in January 2020

Prince George, showcased his a toothy grin and windswept blonde locks in his new birthday photographs, which were snapped by Kate Middleton,

In another image, the heir-to-the-throne can be seen beaming at his mother the Duchess of Cambridge behind the camera as she snaps a shot for his seventh birthday

George was also pictured with his parents, brother and sister in their Christmas 2020 card

Kate, 39, who is a keen amateur photographer, also share a photo of her youngsters Prince George, seven, Princess Charlotte, six, and Prince Louis (pictured together with Prince William) for father’s day

Prince George, seven, and Princess Charlotte, six, showed they are following in their mother’s footsteps with a love of high street fashion as they made an appearance at Sandringham at Father’s Day 2021

George, who has been described as ‘football mad’, was pictured in an England shirt ahead of the 2020 Euros this month

And now he is 8! The Duke and Duchess of Cambridge shared this sweet shot for the youngsters eighth birthday tomorrow 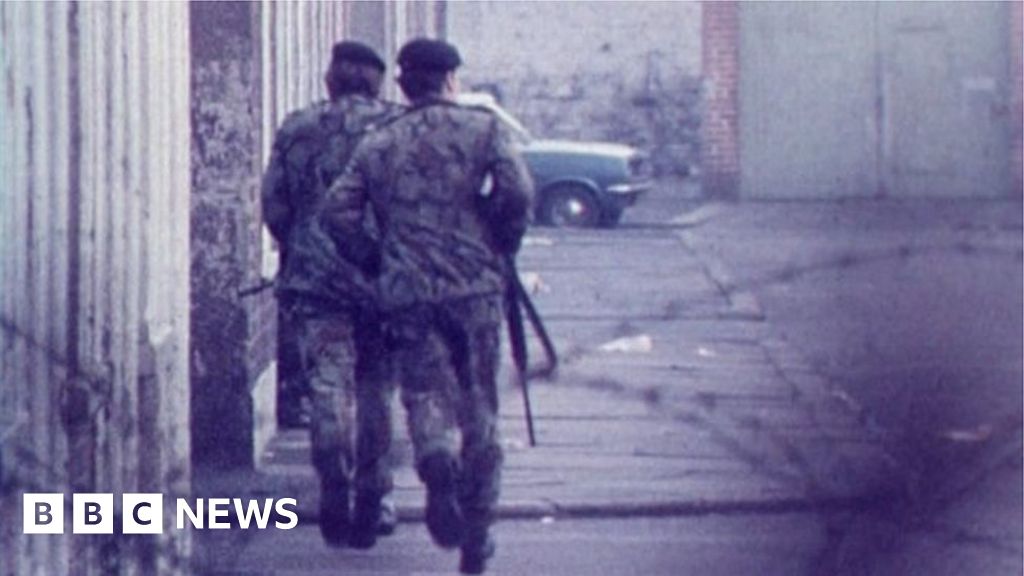