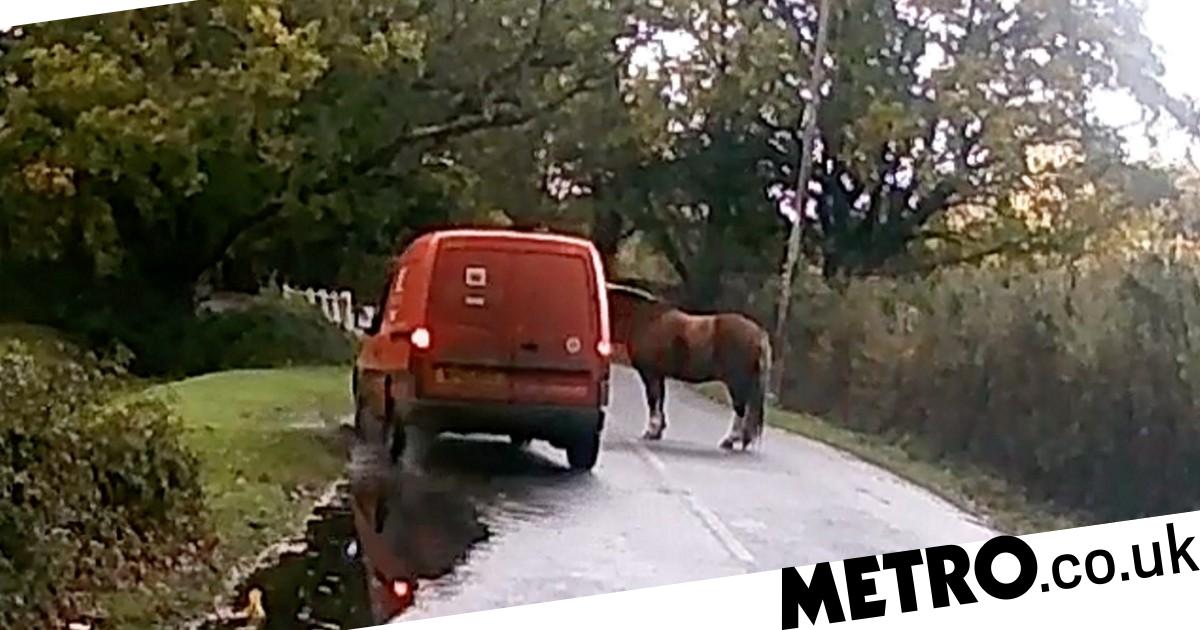 A postie has been caught on camera narrowly avoiding colliding with a pony.

The Royal Mail driver was captured on camera swerving dangerously close to an animal standing in the road.

It overtook another driver on a quiet 30mph limit New Forest lane before running into the static pony.

Livestock roam freely in parts of the national park and drivers are encouraged to pass animals ‘wide and slow’ if they wander into the road.

But the branded vehicle is seen approaching the animal at relative speed and avoids its head by what appears to be a matter of inches.

The incident, which happened near the village of Minstead, Hants, is now under investigation.

Dashcam footage was captured by a member of New Forest Commoners Defence Association, a group which seeks to protect the historic rights to graze animals in the woodlands and heathlands of the area.

The volunteer – who wished to remain anonymous – said: ‘The Post Office van was parked in the village on the right [when I passed it].

‘I was driving at 30mph until I saw the animals in the road and slowed down to allow the oncoming car to pass wide and then myself to pass the pig on the left slowly.

‘I then crawled towards the pony in the road at around 10mph.

‘I had yet to stop when I noticed in my mirror the van coming up behind me and, as far as I could see, without indicating, overtake me.

‘The pony was clearly visible to me and would have been to the driver of the van.

‘I was so shocked by the driving, especially from a marked van where the driver can be held accountable.

‘The overtake, even without the pony, was dangerous enough, but to see a van swerve around this animal and onto the verge stunned me.’

A spokesperson for Royal Mail said: ‘We were very disappointed to view this video, and are investigating what happened.

‘Once our investigation has concluded, we will be taking appropriate action internally.

‘It is not clear from the video how close to the horse our vehicle was, and we are pleased that this animal was not harmed or disturbed in any way.

‘The safety of our drivers and other road users is a high priority for Royal Mail, and this includes our responsibilities under the New Forest code.

‘We regularly instruct our drivers that animals in the New Forest are free to roam and have right of way, and we will be reinforcing that message to colleagues locally now.’ 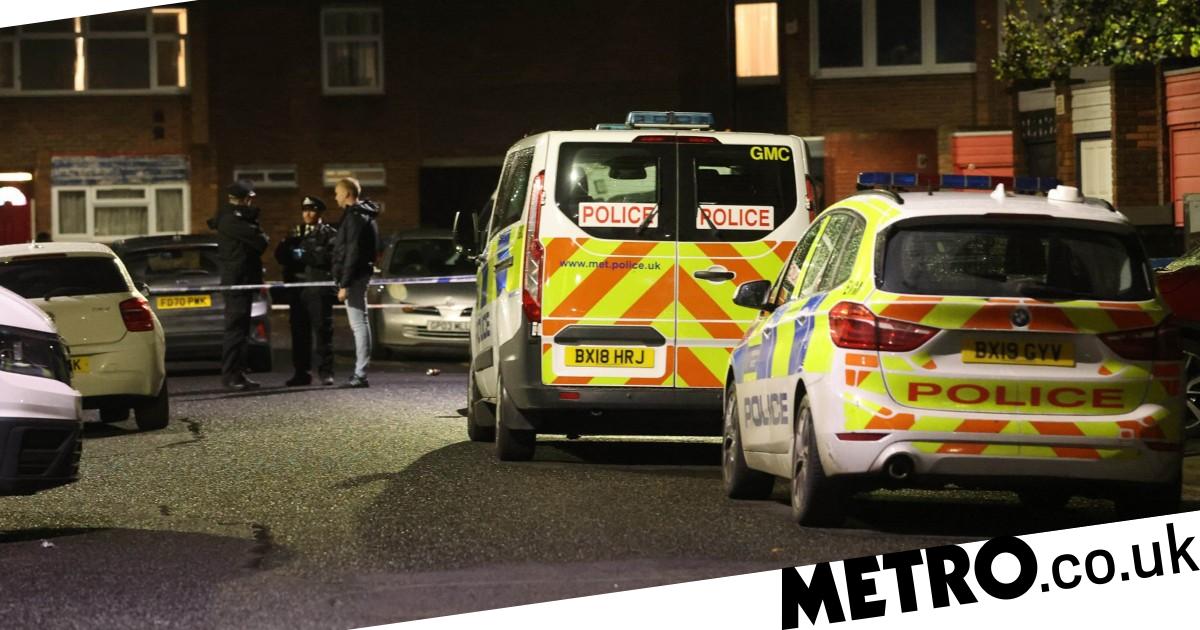 Lanarkshire families are being asked to support young asylum seekers