A Scots schoolboy was placed in an induced coma after suffering a rare side effect of Covid-19.

Cameron Brown, eight, was rushed to hospital three weeks after recovering from the virus.

The youngster, who tested positive for Covid but showed no symptoms, noticed a large lump on his neck and rashes on his body.

Four days later while watching television, he complained to his mum that his vision was blurry.

Worried mum Lorraine and dad James rushed him to A&E where medics discovered he had PIMS.

The rare Covid linked syndrome affects children and causes serious inflammation throughout the body as the the immune system goes into overdrive, attacking the body.

Cameron deteriorated quickly and his heart began to fail.

Medics placed him in an induced coma and he was flown from Aberdeen Royal Infirmary to the Queen Elizabeth University Hospital in Glasgow.

The little fighter pulled through but James and Lorraine have issued a stark warning to parents to be aware of symptoms after admitting they knew nothing about PIMS before their son fell ill.

Lorraine, 45, from Stonehaven, told the Record: “On October 11, Cameron’s friend’s mum contacted me to say her wee boy had tested positive for Covid.

“When I got home and we did a lateral flow test and the two lines appeared so we instantly put him into isolation.

“He was a wee bit tired in the first few days but after that he was bouncing on the sofas back to his usual self.

“I don’t think we’d have known he had Covid if the mum hadn’t contacted me.”

Three weeks after recovering from the virus, Cameron discovered a lump on his neck on the day he was due to get his flu jab at school.

Lorraine said: “On Tuesday, November 2 he said he had a sore lump on his neck.

“I spoke to the doctor and they thought it was just his lymph glands. His temperature went up to about 40 degrees but the doctor said it might be a reaction to his flu vaccine.

“After that he wasn’t interested in food. We called the doctor again and she took urine samples, checked his chest and his pulse. She was quite concerned but his temperature was really high.”

Lorraine was told to call 111 if Cameron’s condition deteriorated over the weekend.

On the Saturday afternoon he developed a rash on his hand and his face.

About half an hour later, he was watching television when he told his mum he couldn’t see the screen properly.

Lorraine called 111 and they told her to bring Cameron into A&E. It was there that they discovered the youngster had symptoms of PIMS.

Lorraine said: “They took his blood pressure and it had dropped quite a lot. The hooked him up for various thing and explained PIMS.

“I hadn’t heard of it before but they said after Covid, antibodies can be over fighting and swelling up.

“All night long he was getting various tests done. They were using haemoglobin to regulate his heart but it wasn’t responding.

“At that point at around 9am in the morning they decided to put him into an induced coma.

“I had just focussed on him getting better but when they said they that, that was my breakdown point.

“You know his heart is failing and that antithetic can be quite dangerous.

“He was still very tired but we had a Facetime chat with his dad and his brothers in the morning. The nurses told us to just act normal and not alert him to what was going to be happening.

“I had a chat with him before it and told him, ‘you can’t go to sleep, you’ve got to come back’.

“But he wasn’t scared. He is a very strong willed and determined little child.”

Due to stormy conditions the air ambulance couldn’t fly so a coastguard helicopter picked doctors up in Glasgow and flew them to Aberdeen.

The rescue team then collected Cameron and transported him to the QEUH.

Cameron was kept in ICU for three days before he woke up.

Dad James, 48, said: “My head was spinning, we were so worried, but thankfully by that point they had managed to stabilise his body enough so that the steroids were able to do their job.

“The consultant explained that with PIMS they tend to see it in kids who have no underlying health conditions and have basically got strong immune systems.

“It’s almost like your immune system is too strong, and it gets over Covid too quickly. So the kids aren’t having any symptoms – or if they do it’s really mild – and then they are at risk of suffering from PIMS.

“In Cameron’s case it was his heart that was struggling.

“As long as you can get the immune system under control, you can recover really quickly because it’s not like an infection or a disease that is attacking your body. It’s your own body’s immune system. Once you can control that you can bounce back and recover.”

Cameron remained in hospital for a week and was discharged on the Saturday.

The brave youngster was desperate to get back home to see his brothers Archie, 12, and Ben, 13.

He also wanted to see his friends at school and returned two days later last Monday.

Lorraine said: “After a chilled weekend he said he wanted to go straight back to school.

“He’s had a bit of brain of fog and has been complaining about leg cramps but he’s been through a lot.

“This week he’s been back doing extracurricular activities. I think it’s quite unusual for a kid to bounce back that quickly.

“The steroids have been affecting his hormones but physically he’s doing really well.”

The family would like to raise awareness about the little known PIMS and they’re urging others to look out for the symptoms.

Patent attorney James added: “I would say to other parents, if you do have children under 16 and they have had Covid, just keep an eye on them for the next few weeks.

“Our doctors in Stonehaven hadn’t ever seen a case of PIMS before and the consultants in Glasgow said they had seen around 40-50 kids so far with PIMS.

“But on the run up to the October break Covid was rife in the schools and I think they are worried they are going to see more cases.

“Watch out for the symptoms – a fever, enlarged lymph glands, conjunctivitis, rashes. Keep an eye on the little things that could be a sign of this. Especially if your kid gets over it very quickly.

“We are lucky with the fantastic medical care we received and that they managed to get the steroids working, another few hours and we might have had a very different story on our hands.”

Lorraine added: “It’s important to test regularly with a lateral flow. They don’t encourage the testing of primary school kids but because children fight it so well you wouldn’t know they had it.

“If your child has tested positive then you’ll know to look out for the symptoms of PIMS. Otherwise you could miss it. Yes it is rare, but it can happen.”

The Record asked NHS Grampian about the rare side effect of Covid, and this is what they had to say.

The majority of children who develop Covid-19 infection are asymptomatic, or have mild symptoms that do not require any specific treatment. Very few children have become seriously unwell due to the infection and only around 1 to 5 per 100,000 children infected require hospital admission.

However, doctors around the world have identified a rare inflammatory condition in a small number of children that appears to present around 4 weeks after Covid infection. In the UK this has been called Paediatric Inflammatory Multisystem Syndrome temporarily associated with SARS-CoV-2 (called PIMS-TS or PIMS for short). It is very rare, and current estimates suggest it occurs in less than 0.5% of children who have had COVID-19.

Inflammation is part of the body’s natural response to infection but in some children and young adults there appears to be an exaggerated inflammatory response following Covid-19 infection. Most children with the condition will not be seriously affected but, in a very small number of cases, it can be serious and can require treatment to ‘switch off’ the inflammation.

PIMS-TS shares many features of other inflammatory syndromes that occur in children and the treatments used for these conditions also appear to be effective in treating PIMS-TS. However, because this is a new condition that we are still learning about we have pathways in place in Scotland for all children with suspected PIMS-TS to be discussed with a group of doctors with expertise in managing these inflammatory syndromes to help ensure every child receives the most appropriate treatment.

Whilst we are still learning about the condition, evidence so far suggests that most children who develop PIMS-TS make a full recovery.

If parents or children would like to read more about PIMS-TS there is an information page for families on the Royal College of Paediatrics and Child Health website: https://www.rcpch.ac.uk/resources/pims-covid-19-linked-syndrome-affecting-children-information-families 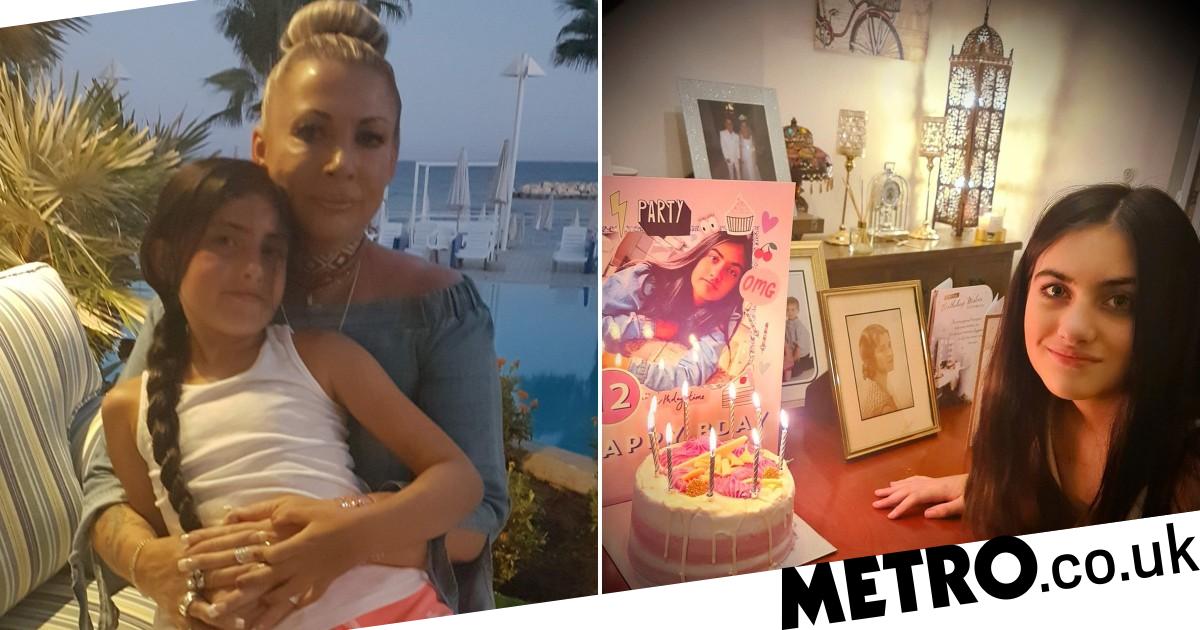 Mum pays tribute to ‘beautiful’ girl, 12, who killed herself after rape ordeal 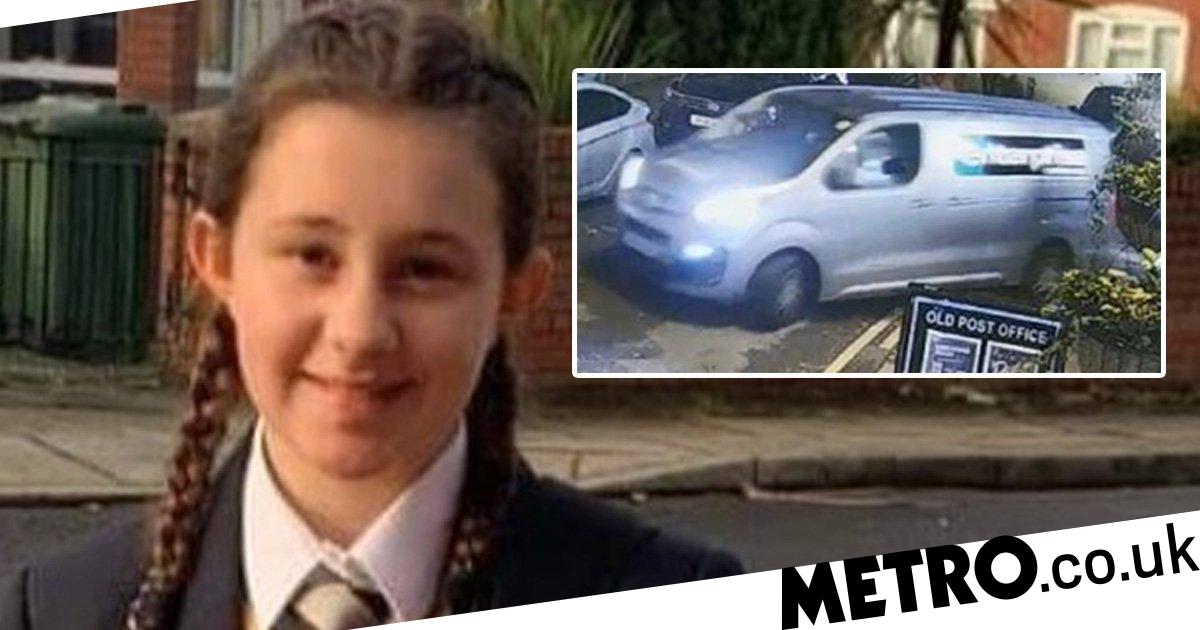 Police share photo of van seen near where Ava White, 12, was stabbed to death