Supplies of milk and fresh produce to supermarkets and restaurants are being hit by a chronic shortage of qualified truck drivers.

An estimated 100 deliveries of milk to a major supermarket did not take place as expected at the weekend, according to industry insiders.

At the same time millions of pounds of perfectly good fruit and vegetables are being left to rot and then dumped in landfill.

Some online supermarkets are showing gaps on shelves for products such as black grapes, blueberries, citrus fruit, pineapples and some bagged salads

One major pub restaurant chain, which has hundreds of outlets across the UK, received just one of eight expected deliveries to regional distribution depots over the weekend.

At the same time, several supermarket giants are having difficulty finding haulage companies and the drivers they need.

Some hauliers have ended lucrative contracts with supermarkets amid disputes linked to unfair penalties around delivery delays caused by the shortage.

Some online supermarkets are showing gaps on shelves for products such as black grapes, blueberries, citrus fruit, pineapples and some bagged salads.

Stores are refusing to discuss the reasons why and, instead, are referring questions to their trade body, which has confirmed the driver shortages.

The managing director of Nationwide Produce, which supplies fruit and veg to major restaurant chains and retailers, Tim O’Malley, said: ‘The acute shortage of HGV drivers is now the direct cause of perfectly good, graded and packed fresh produce being dumped or left rotting in cold stores, waiting for wheels to go under it.

‘Supermarket shelves and restaurant plates are going empty, and this is now a crisis of national importance.’

There are new red tape rules around employing agency drivers, while many in the workforce are ageing and have left the profession

He added: ‘In all my years in fresh produce I’ve never seen anything like this. Huge quantities of good food, potentially worth millions of pounds, is going into landfill.’

He said the crisis has been triggered by a combination of Brexit, which has driven European drivers away, a shortage of visas for foreign drivers, and coronavirus, which means no new HGV drivers have been trained and tested for a year.

Separately, there are new red tape rules around employing agency drivers, while many in the workforce are ageing and have left the profession.

Mr O’Malley pointed to an MI5 maxim that society is only ever ‘four meals away from anarchy’ and added: ‘Perhaps empty shelves and plates will be the wake-up call the government needs to deal with this crisis.

‘If not that, perhaps a spike in fresh produce prices as the industry is forced to pass on the huge increase in all labour costs to the consumer.’

The Road Haulage Association’s managing director for policy and public affairs, Rod McKenzie, said: ‘It is fair to say if the situation doesn’t improve there will be shortages, whether in supermarkets or the factory supply chain.

‘Since January we have lost 15,000 European drivers because of Brexit and tax changes that made it less attractive for them to work here. Also they have been put off by a sense there is a lot of new red tape.

‘There is also the fact that we have an ageing workforce with many retiring and we are not getting the fresh blood in. The government needs to take radical surgery to address the shortage.’

He said this should involve short-term visa changes and a long-term move to boost apprenticeships for British young drivers.

Director of Food & Sustainability at the British Retail Consortium, which speaks for supermarkets, Andrew Opie, said: ‘Retailers are aware of a fall in HGV driver numbers and are working with their suppliers to ensure that consumers still have the same great selection of fresh produce.

‘Nonetheless, a long term solution is needed, and we need Government to increase the number of HGV driving tests.’

‘The labour market has been disrupted and unsettled by the events of the past year.

‘There is an acute need for measures to support our supply chains. Ours is a fragile ecosystem and the worker shortage across food supply chain, from farm to fork, desperately requires steps to avoid a challenging problem from becoming a more widely felt crisis.’ Campaigners want ‘clarity’ over the future of Ayrshire fishing memorial 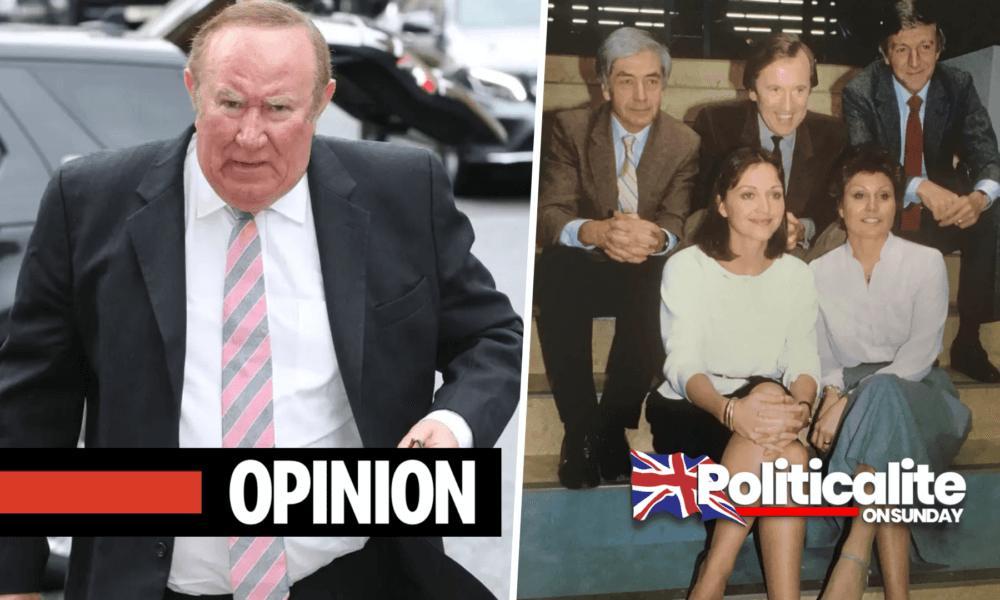 REVIEW: GB News Believed Its Own Hype and Failed To Prepare, No Wonder It’s Advertisers Are Pulling Out