A grieving widow is urging men to “talk about their feelings” as she faces her first Christmas since losing her husband to suicide. Heartbroken Nicola Rae reported her partner Michael Rae missing after he disappeared from their home in Hartlepool in August, Teesside Live reports.

A large scale search was launched for the 33-year-old, but tragically he had taken his own life and his body was discovered three weeks later on Friday, September 2. Now his devastated wife, Nicola, is helping to fundraise for suicide prevention charities in the hopes that no other families have to suffer the heartache she is going through.

She said: “Men just don’t talk about their feelings and they should. Please, Please, just talk about what you are going through. People will support you, Michael knew I would have supported him.

“Michael has already saved the lives of two other men. They opened up to their families about their suicidal thoughts after seeing the devastation and heartache this has caused my family and what we are going through.”

The 53-year-old is currently walking 12,000 steps a day as a part of challenge for the Mental Health Foundation. She and youngest daughter, Angel, nine, are also planning a sponsored climb of Roseberry Topping.

The mum-of-four is disabled due to problems with her legs, so the walking can be a struggle for her. However, she says the challenge has also given her something to focus on. She said: “There needs to be more awareness of suicide in men. I will keep doing things like this forever because I don’t want any other family to go through this.

“It is just so hard, you have so many questions you want answers to, it’s all the not knowing and the whys.”

Michael had left the family home to go to the shops on Saturday evening, August 13, but never returned. The last official sighting of him was on the following morning in the town’s Seaton Lane. He had his fishing rod with him.

Michael, who underwent heart surgery in July, took 23 tablets a day for his health conditions. Knowing that he didn’t have this vital medication with him, Cleveland Police launched a full scale search. His family and friends searched day and night for him, but three weeks after his disappearance, his body was discovered.

Nicola, said her husband had been very unwell, both physically and mentally, and believes he may have suffered a mental breakdown after leaving the house. She said: “I don’t believe he had the intention to do what he did when he left the house. He would not have put me and the kids through that torture, he would have left a note.”

Now, she says her family have been left completely shattered by the tragedy. She said: “I am struggling, me and Michael were together 24/7. I don’t want Christmas, for the 12 years we were together Michael did everything for Christmas.”

She said he used to cook the dinner and put up all the decorations. But, she said her children and grandchildren are giving her the strength to keep going.

To make a donation towards Nicola’s fundraising visit here. 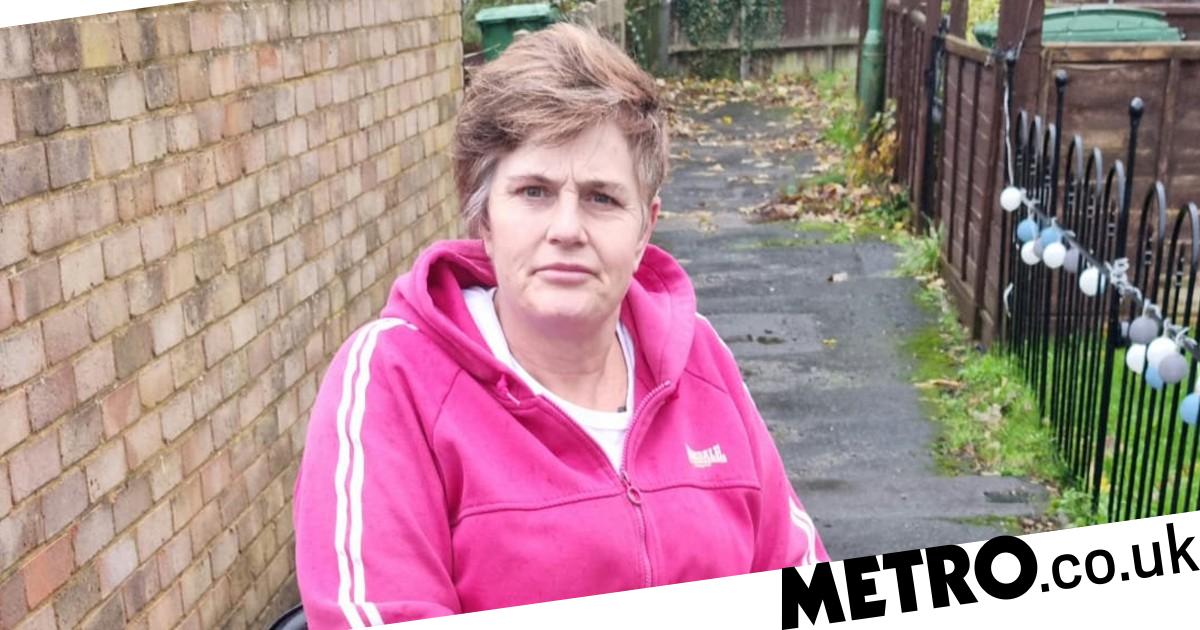 Disabled woman forced to drive 1.5 miles in rain on mobility scooter after bus ‘refused’ her