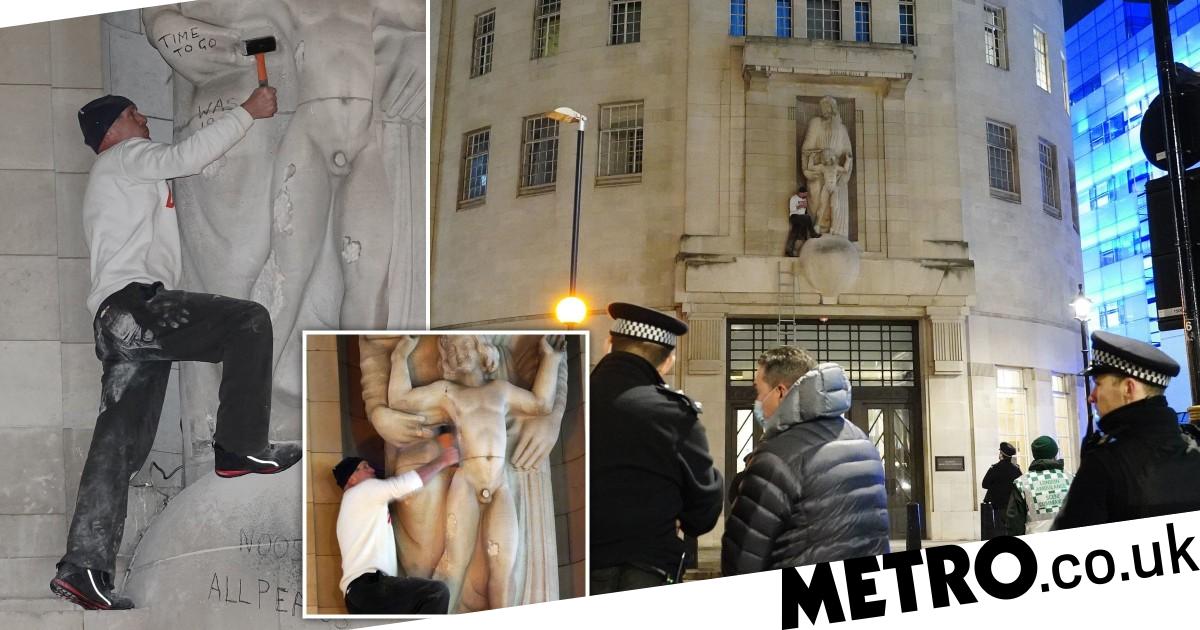 A man who climbed up onto the BBC’s London headquarters in an alleged attempt to damage a statue by the artist Eric Gill has been arrested.

The statue, which depicts Prospero and Ariel from Shakespeare’s play The Tempest, was created in the 1930s by Eric Gill, who is said to have sexually assaulted his two daughters.

Gill’s abuse came to light in the 1980s, following the publication of an autobiography that used evidence from the artist’s private diaries.

Since then, the statue has proved controversial and there have been many calls for it to be removed.

Metropolitan Police officers were called at around 4.15pm on Wednesday, to Broadcasting House in Portland Street, following reports a man had used a ladder to reach the 10ft tall figures above the building’s entrance.

The area was cordoned off, and London Ambulance Service paramedics attended the scene.

In footage of the incident shared online, a man could be seen repeatedly hitting the leg of the smaller figure of two which make up the statue.

Shards of the statue and dust could be seen falling from the BBC building as the man continued to hammer away at the statue of Ariel and Prospero.

Two men were seen trying to negotiate with him while he periodically stopped hammering to take a break.

One negotiator could be heard saying to him: ‘If you just come down, we can sort this out.’ The man responded by criticising the media.

He had written the words ‘Time to go was 1989’ and ‘noose all paedos’ on the statue.

The incident comes after, four protesters were cleared of criminal damage for tearing down a statue of slave trader Edward Colston during Black Lives Matter protests in June 2020.

Images captured at the scene tonight appear to show the penis of the child in the statue has been removed.

A spokesperson for the Met Police said: ‘Police were called at approximately 16:15hrs on Wednesday January 12 to reports of a man damaging a statue on a ledge outside a building in Portland Place, W1. Officers attended.

‘The man came down with assistance from London Fire Brigade at around 20:45hrs.

‘He was checked by London Ambulance Service before being arrested on suspicion of criminal damage and taken into custody.

‘The property owners are examining any damage to the statue and building.

‘Another man was earlier arrested on suspicion of conspiracy to commit criminal damage. He also remains in custody. Road closures have now been lifted.’

A spokesperson for the BBC said the incident was an ‘ongoing police matter’ and declined to comment further.

The Prospero and Ariel statue on the front of Broadcasting House is one of two pieces of art at the BBC headquarters by Gill, according to the BBC. The large sculpture was installed in 1933.

Gill is said to have sexually abused two of his daughters.

He died 1940 but in 1989 a biography of the artist by Fiona MacCarthy claimed he had sexually assaulted his daughters and participated in other ‘disturbing sexual acts’.

The evidence for the revelations came from Gill’s private diaries.

Since Gill’s crimes came to light there have been repeated calls for the work to be removed from Broadcasting House.

Nearly 2,500 people previously signed a petition demanding the removal of the sculpture on the website of political activist group 38 Degrees. 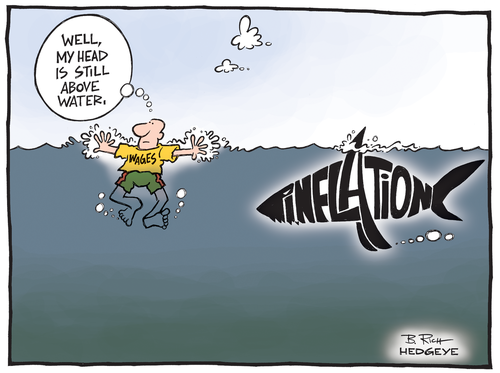 Real Wages Plummet As Inflation Hits The US Recovery 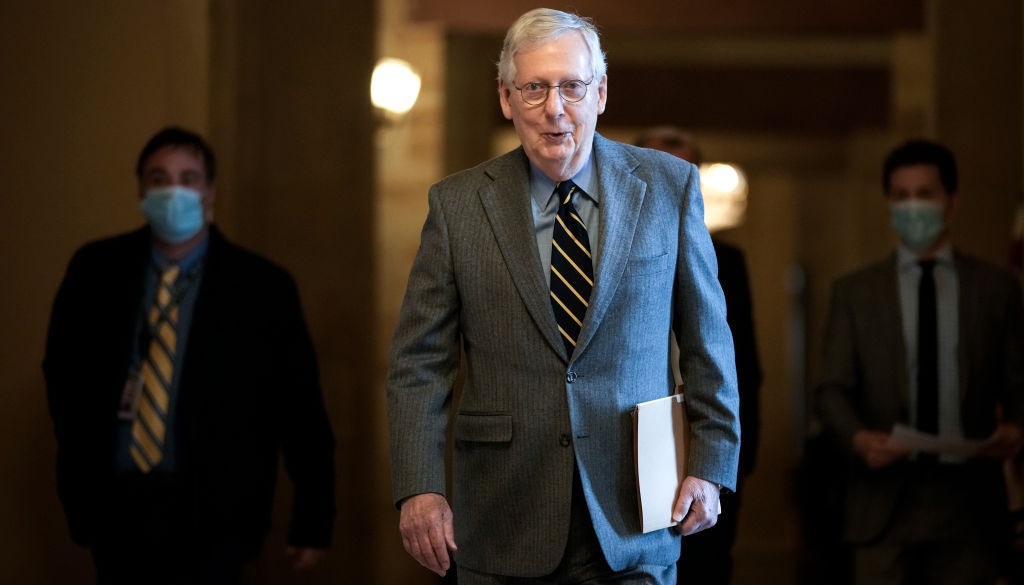 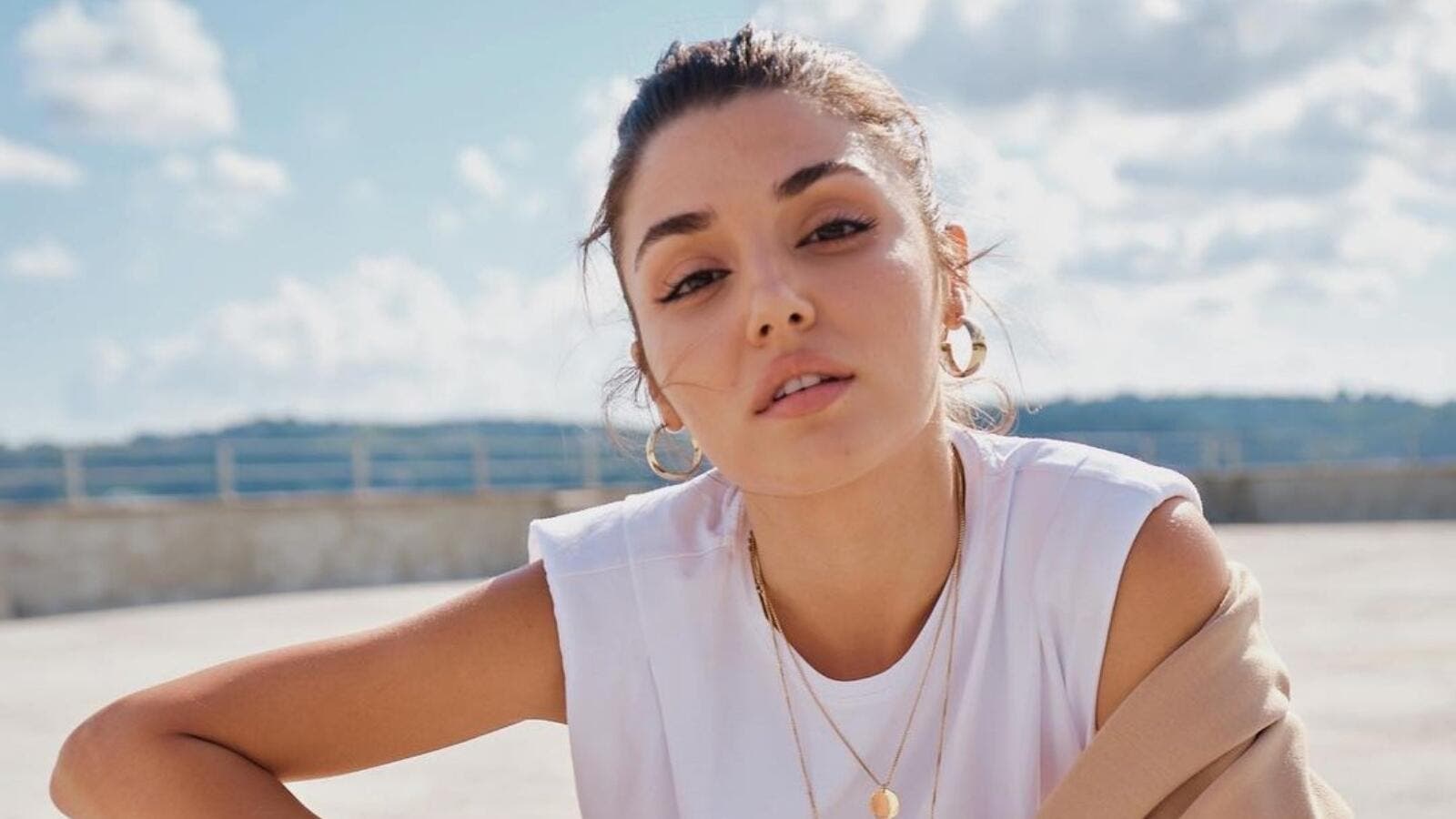 In Pictures: Hande Erçel Is Seen In Bad Mood After Her Infection With Coronavirus 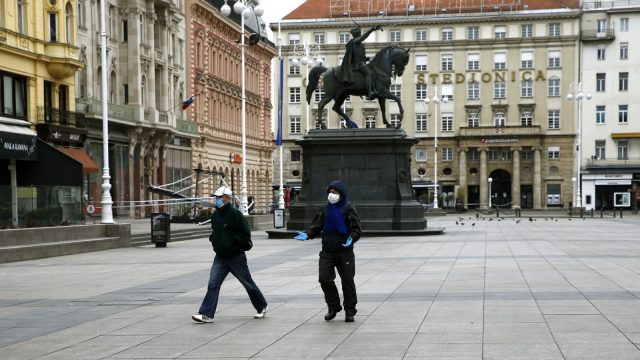 Croatian Population Shrank by Almost 10 Per Cent in Decade