Can you hear the official narratives collapsing? The myriad apparati of the left – blue-state governments, broadcast, print and social media and academia – have exercised suffocating control over America and Americans for the past two years. Their unprecedented power grabs have been facilitated by massive propaganda campaigns and deliberate deceit, the reckless promotion of fear and deprivation of fundamental rights.

But their stranglehold on the country is finally loosening.

You can certainly feel it. You can practically see it. It’s like watching cracks form in a massive sea of ice, or tugging on the thread of a knitted piece of fabric to make the whole thing unravel. It’s not quite describable as a house of cards collapsing – yet – but it’s oh, so close.

So many metaphors, so little time.

The most recent examples are related to the COVID-19 pandemic. But the template we’ve seen play out with the virus and vaccines has been employed more times, and in other circumstances, with a brazen frequency that’s frankly astonishing.

As I wrote last week, the national narrative on the COVID-19 virus – as well as the “vaccines” purportedly developed to ameliorate the virus’ impact on the population – has changed dramatically within the past three weeks. We’ve gone from panicking about the raw number of cases to acknowledging that what really matters is how many cases result in hospitalizations – and fatality rates. This new approach attempts to soothe the nation’s raw nerves with assurances that omicron, while serious, is apparently a much milder variant. Similarly, lockdowns, once the go-to response to exploding infection numbers, are now calmly dismissed as largely unnecessary.

In the week since my last column was published, even more of the “official” COVID story has dissolved. Government and public health officials tell us that we now need to distinguish between people hospitalized with COVID and those hospitalized because of COVID – a significantly smaller number, given the prevalence of testing and weakening of the virus’s variants.

Some of us were calling for this kind of clarity in 2020. I wrote a column in October of that year citing Centers of Disease Control and Prevention data that showed that the single biggest comorbidity predicting serious illness, hospitalization and/or death from COVID-19 was obesity – and that obesity rates by race tracked illness severity and fatality rates from COVID.

This week, CDC Director Rochelle Walensky announced that 75% of those who died from COVID-19 had four or more comorbidities. When headlines exploded, some tried to walk back the implications, reminding us that Dr. Walensky was referring to the deaths of vaccinated individuals.

True. But in early fall 2020 – well before vaccines were available – the CDC published data showing that 94% of those who died with COVID-19 had at least one comorbidity; many had more than one. In other words, both pre- and post-vaccine availability, those most at risk from COVID were already in poor health.

The collapse of the official narrative about the virus generally has taken the same trajectory as the story about the virus’s origin. Remember, we were told that COVID-19 mysteriously emerged in a wet market in Wuhan, China. The theory that the virus could have originated in the Wuhan Institute of Virology, especially because researchers there were working on bat viruses jumping species, was ridiculed as a “conspiracy theory.” At least until brave individuals such as science writer Nicholas Wade dared point out that despite everyone’s best efforts to defend the “wet market” theory, there was no evidence tending to show that COVID-19 had naturally jumped species.

This issue is in the news again, with Project Veritas’ release of Defense Advanced Research Projects Agency documents that appear to show that EcoHealth Alliance applied for DARPA funding to do “gain of function” research on bat-borne viruses. When DARPA rejected the application, citing inadequate safety protocols, EcoHealth obtained funding from the National Institute of Allergy and Infectious Diseases, run then, and now, by Dr. Anthony Fauci. That research was conducted in the Wuhan Institute of Virology and other labs around the world.

Fauci has repeatedly denied that he funded “gain of function” research on bat viruses. That position looks increasingly untenable.

All of the “official” positions on COVID-19 – its origin, the universality of health risks, the safety of vaccines, the efficacy of natural immunity, the availability of inexpensive drugs to treat infected people – have played out the way Democrats’ Russia collusion narrative did. Uncertain statements, half-truths and outright lies were pitched by the left and used to expand their political power and cripple their ideological opponents. These statements were relentlessly amplified and spread by a partisan and irresponsible media. Anyone who dared point out inconsistencies or call for evidence was mocked, denounced and eventually censored and silenced by social media/Big Tech companies.

We can expect other narratives to collapse, starting with the left’s fave story that the Jan. 6, 2020, protests at the U.S. Capitol were an “insurrection.” That lie still needs to be completely debunked, as last week’s hyperventilating idiocy by President Joe Biden and Vice President Kamala Harris shows. Claims that Jan. 6 was equal to Pearl Harbor or 9/11 warrant mockery and derision from all sane people.

On Jan. 6 and in the year since, there have been those who claimed that the violence was a setup, prompted by federal agents “planted” for the purpose of fomenting chaos. Predictably, such claims have been dismissed by the elites as nonsense.

Consider that response. Could Sanborn not answer those questions if the truthful answer was “No”?

Right on cue, here come the usual players to mock Cruz and anyone else who points out bizarre discrepancies in the official narrative about Jan. 6. Whatever Democrats like House Speaker Nancy Pelosi, Sen. Chuck Schumer and Rep. Alexandria Ocasio-Cortez say about Jan. 6 must be the truth. Anything else is just a – wait for it – “conspiracy theory.”

There’s a reason versions of this joke have become popular on Twitter: “What’s the difference between a conspiracy theory and the truth?” “12 to 18 months.”

But the left’s Jan. 6 narrative isn’t the biggest one that still needs to be unraveled. That prize belongs to what really happened on Nov. 3, 2020, for which the Jan. 6 hysteria is merely a cover story – which is why those who continue to dig for the truth about the last presidential election cannot relent until all the facts are known.

Melt the ice. Pull the thread. Collapse the house of cards. 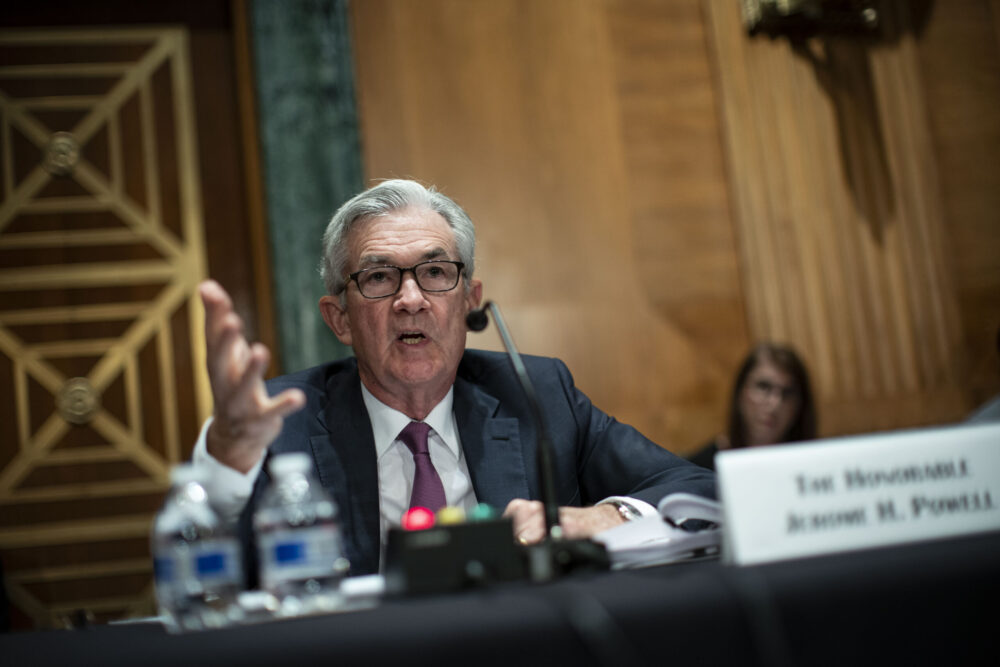 Financial Strategist: Federal Reserve Is In ‘Deep Trouble’ As It Tries To Handle Inflation 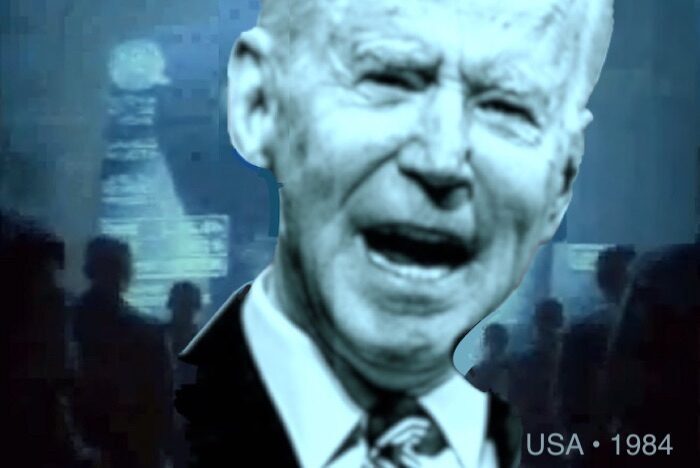 To descend into totalitarianism or to rise up and free ourselves?