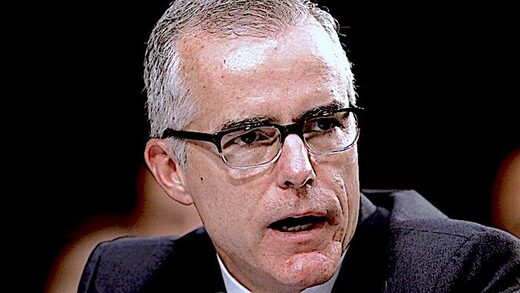 Have you ever wondered what disgraced former deputy FBI directors do after trying to stage a coup and lying under oath? Apparently, they give talks about “protecting democracy” at top-rated institutions of higher learning. Indeed, this last Thursday the University of Chicago Institute of Politics invited former deputy FBI director Andrew McCabe to join a panel of partisans to discuss the Jan 6 “insurrection.”

McCabe was fired as the deputy FBI director for leaking sensitive information about an investigation into the Clinton Foundation and then lying about it under oath. He also took part in spying on the Donald Trump campaign through a secret warrant granted by the Foreign Intelligence Surveillance Act court.

The dossier he used to obtain the surveillance warrant was funded by Hillary Clinton’s campaign and, in an ironic twist, was itself the product of Russian disinformation. McCabe and his allies in corporate media justified all sorts of similar illegal and undemocratic tactics to discredit and attempt to unseat President Trump.

Of course, neither the University of Chicago nor McCabe acknowledged the irony in him discussing the integrity of “democracy” in America on Thursday evening. In fact, what McCabe said at the University of Chicago event on Jan. 6, 2022 is even more shocking than his invitation to speak in the first place. Below are four of the most appalling assertions and policy proposals McCabe made at the public event:

1. Conservatives Are in The Same Category As Islamic Terrorists

McCabe likened conservatives to members of the Islamic Caliphate:

“I can tell you from my perspective of spending a lot of time focused on the radicalization of international terrorists and Islamic extremist and extremists of all stripes…is that this group shares many of the same characteristics of those groups that we’ve seen radicalized along entirely different ideological lines.”

McCabe went on to describe the rise of the Islamic caliphate in Syria and how Islamic extremists were radicalized across socioeconomic, educational, and racial lines, likening it to the “mass radicalization” of the political right across demographics. That’s right, according to McCabe a grandma who shares a Federalist article on Facebook and your uncle with a “Let’s Go Brandon” coffee mug are in the same category as a jihadist who killed 49 people at an Orlando nightclub.

2. Parents at School Board Meetings Pose A ‘Threat To National Security’

According to this politically protected former FBI no. 2:

“Political violence [is] not just confined to the Capitol, it’s going on in school boards around the country. It’s going on in local elections. It’s happening, you know, even to health-care workers.”

The “political violence” occurring recently at school board meetings and during local elections is a “very diverse and challenging threat picture.”

McCabe said moms and dads who stand up for their children’s health and education at school board meetings in ways Democrats disagree with are very dangerous. So dangerous that it is actually

“essential” we have a “rapid and complete response by law enforcement at the state, local and federal level to this sort of political violence…”

Holding America’s parents “accountable” is not enough for McCabe. He wants to make sure that federal agencies also

“put out that message that this sort of conduct that both horribly victimizes individuals, but also serves to undermine our democratic process” is “considered a threat to national security [that is] not tolerated.”

“I’m fairly confident [that] the FBI [and other agencies] have reallocated resources and repositioned some of their counterterrorism focus to increase their focus on right-wing extremism and domestic violent extremists. And I think that’s obviously a good idea.”

But McCabe wants more. McCabe asserted that the U.S. Department of Homeland Security and FBI need to stop merely focusing on the “fringes of the right-wing movement,” in order to “catch this threat” of the “right.”

“Are you going to catch this threat if your focus is only on the traditional, right-wing extremist, those groups that we know about, the quote-unquote, fringes of the right-wing movement? And I think the answer to that is no.

“It’s entirely possible that when the intelligence community and the law enforcement community looks out across this mainstream, they didn’t assume [on January 6] that that group of people — business owners, white people from the suburbs, educated, employed — presented a threat of violence, and now we know very clearly that they do.”

McCabe wants to get around constitutional obstacles that restrict the abuses of federal agencies. He explained that the path to granting the feds more power to spy on and punish “extremists,” a.k.a. conservatives, is by implementing federal penalties against “domestic terrorism.”

A measure like this would grant domestic agencies the intelligence capabilities of the international terrorism-focused National Counterterrorism Center. It would, McCabe says,

Joshua Geltzer, President Joe Biden’s advisor on “countering domestic violent extremism,” made the same proposal in a 2019 hearing before a subcommittee of the House Oversight Committee. In his proposal, Geltzer suggested that we need to

“polic[e] [tech company] platforms to remove not just incitement to violence, but also, the ideological foundations that spawn such violence.”

McCabe claims these proposed federal laws against domestic terrorism can be implemented without infringing on Americans’ First Amendment right to free speech. That seems quite impossible, however, given Geltzer is proposing government oversight of social media, for example.

It is even more difficult to believe when you consider that Democrats are not going after real domestic terrorists and have literally defined parents speaking out at school board meetings as national security threats. As McCabe said himself, to Democrats, the extreme right is the mainstream right.

4. McCabe Believes No One Is Above The Law (Except Himself)

Ironically, one of McCabe’s last remarks was a proclamation of equality under the law. He stated:

“Whether you are a Trump supporter or a Biden supporter, right, left, or otherwise, we should all be able to agree on the principle that no one is above the law… [F]rom the lowliest trespasser on January 6, up to the highest-ranking government officials who may have been aware of a plan that would ultimately lead to violence in the Capitol–those people should be held accountable, period. And if we can’t do that, that is just another sign that we are becoming a non-functioning democracy.”

Ironically, McCabe’s firing for repeatedly breaking the law was expunged from the record only because he settled with a partisan Biden Department of Justice. If no one is above the law, as McCabe claims to support, then he would be in jail. Of course, McCabe is above the law. Only dissenting conservatives, in his view, deserve the suspicion and wrath of unelected federal agencies.

Disturbingly, the University of Chicago does not care about national introspection post-January 6, 2021. If it did, it would not have invited McCabe, of all people, to speak about “protecting democracy.”

UChicago allowed McCabe to spin lies about what truly happened one year ago and filtered student questions via Zoom, refusing to ask him any tough questions. Consequently, McCabe was given a platform to teach young, impressionable college students without question that the federal government should be weaponized against fellow Americans whom leftists brand as “extremists.”

To the elites in America — Democrats like McCabe, university administrators, and professors — January 6 is the key to labeling their political opponents as dangerous, “white supremacist extremists” and enacting new policy accordingly.

America’s universities are now indoctrination machines that shape the minds of the next generation. Academia openly exploits its power and rewrites history to serve its illiberal agenda.

Sadly, McCabe’s dishonest version of January 6 is happily accepted by the academic elites who invited him Thursday night. His frighteningly despotic views and policy prescriptions will likely be accepted and implemented by his young listeners. 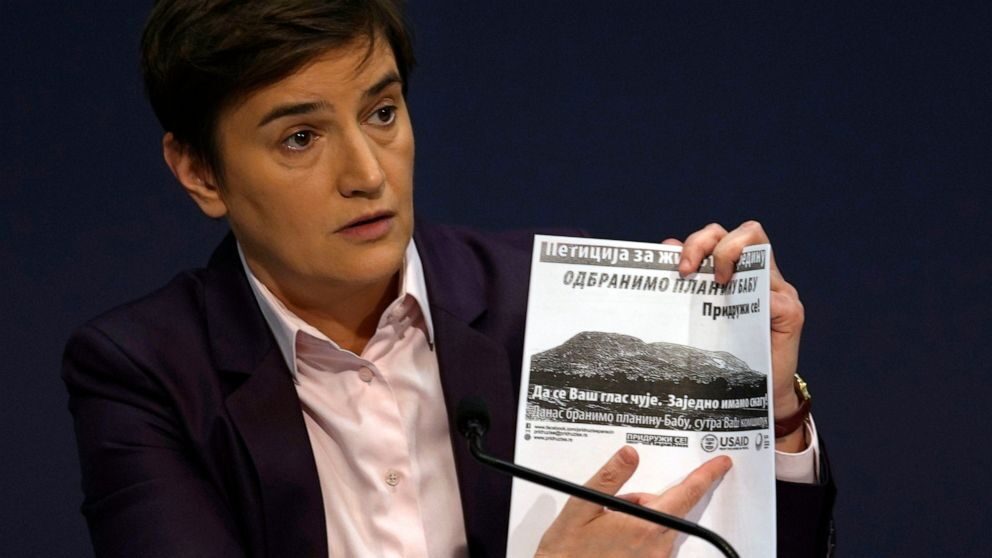 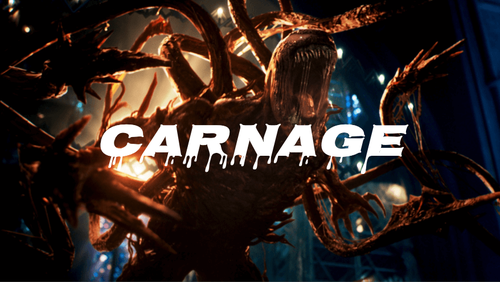 From Correction To Carnage: The Fed Is Walking A Tightrope 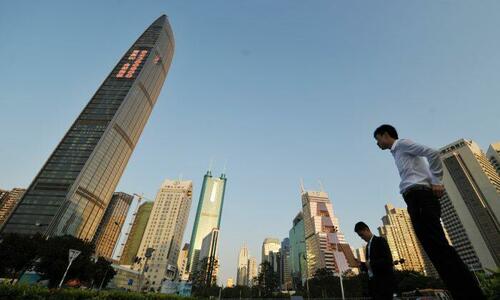 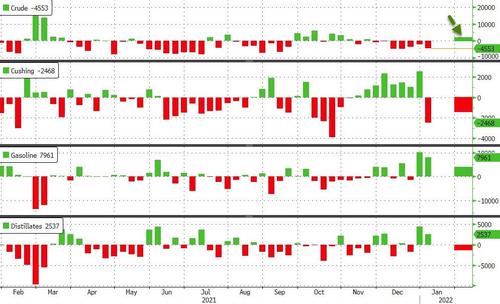