The Scotfree | Feminism was never about equality: The true history of a movement dominated by male-hating zealots The Scotfree

Feminism was never about equality: The true history of a movement dominated by male-hating zealots 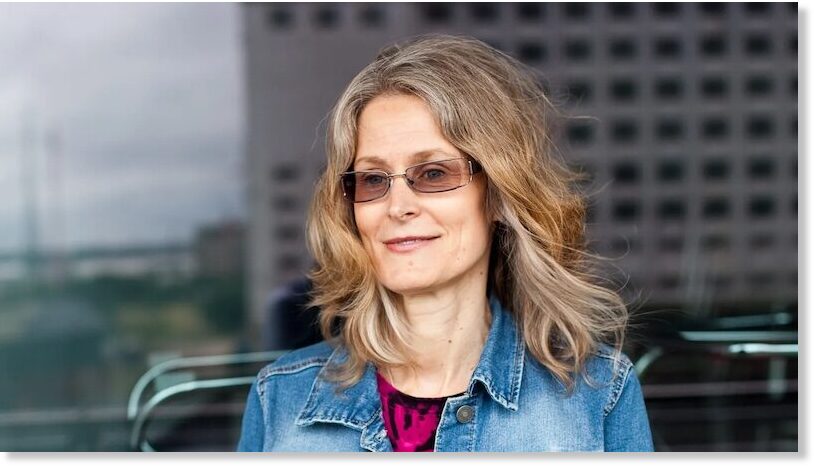 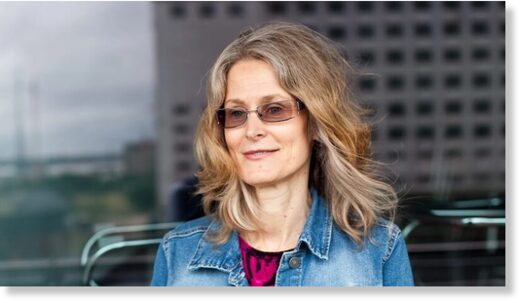 Man hating feminism? The question is whether there is any other kind. I used to think so. I started calling myself a “feminist” as a young woman in the 1970s after reading Germaine Greer’s The Female Eunuch, ironically whilst working a university vacation job as a Hertz Rent-a-car girl, dressed in my bright yellow perked cap and mini skirt and flirting with American tourists.

I convinced myself that feminism was all about equality, about creating a level playing field where women could take their rightful place in the world, embracing opportunities once denied to them. But then I watched with increasing alarm as the current misandrist culture took hold, with the male of the species as the punching bag, and women shamelessly promoted and protected, infantilized and idealized. Feminism had gone off the rails, I concluded.

But it turned out that was wrong. Now I know the truth about feminist history – thanks to my recent re-education by the formidable Janice Fiamengo, who has spent much of the last year putting out videos based on a powerful body of scholarship that shows feminism was never about equality. The result of Fiamengo’s deep dive into feminist history is that this normally calm, measured scholar now seethes with righteous indignation.

Listen to Fiamengo’s passionate serve in a recent video interview:

“Feminism was never sane. It was never without deep rancor and bitterness against men, never free from the claim that women were absolute victims of male predation, never uninterested in destroying the family, never accurate in its claims about women’s social situation, never unwilling to slander men in the most vicious and unpitying ways, and it never expressed any appreciation for men nor recognition that men had made any contribution to society or that men had ever acted out of love and concern and compassion for women in the laws that had been made or social instruments that had been developed over time. It was always a deeply misandrist, man-hating, man-blaming kind of movement.”

Whoa! Strong words from this rather reserved former professor of English from the University of Ottawa, a solid academic with a slew of books and scholarly journal articles in her name. Fiamengo’s education into the true face of feminism started when she found herself on university promotions committees witnessing the increasing discrimination taking place against male scholars. She bravely started to go public about bias against men, attracting outrage from student audiences. Fiamengo then went on to produce her video series The Fiamengo Files exposing key men’s issues and feminist wrongdoing. (Unfortunately YouTube has censored Fiamengo’s work and deleted most of those videos).

Last year she embarked on a new series, Fiamengo File 2.0, which traces the history of feminism from its origins in the late 18th Century to the present. That’s come as quite a revelation to me, exposing how effectively feminists have succeeded in whitewashing their early history to inflate their achievements, and demonize and denigrate men.

The exciting news is that Jordan Peterson has asked Fiamengo to teach a course on the true history of feminism in Peterson Academy, his new online education platform, which aims to teach students how to think, not what to think. The Peterson initiative promises to be a very interesting new venture, offering renowned teachers from across the world, teaching about topics which really matter.

Like the truth about feminism. It matters that our society has been indoctrinated to believe in a version of our social history that is totally wrong. Like the notion that the women’s movement has rescued women from the tyranny of a patriarchal society where men denied women the vote, were free to rape their wives, seize their property and earnings, and assert their privilege to keep women firmly under their thumb.

The reality was very different, as Fiamengo explained in recent correspondence with me:

“Men and women in earlier centuries lived interdependent lives in which the fragility of life and the presence of disease, the high infant mortality rate, the lack of a social safety net, and the complexities of housekeeping and childrearing meant that most women and men divided their prodigious labours into separate spheres of domestic and public. Women of the 19th century were not powerless — many worked in trades, owned their own businesses, and made a living as educators, healers, and writers. They were honoured as advisors and charity workers and usually voted in municipal and schoolboard elections. They did not see themselves as helpless and did not, on the whole, see men as their enemies.”

Yet we find, in the most famous and revealing document of the early 19th Century American women’s movement, Declaration of Sentiments, the claim that the “history of mankind is a history of repeated injuries and usurpation on the part of man towards woman, having in direct object the establishment of an absolute tyranny over her.” This declaration, written mainly by feminist leader Elizabeth Cady Stanton, was full of fire-breathing allegations about the brutality and injustice of male treatment of women, and blatant misrepresentation of women’s situation.

Mistruths such as the claim that men were determined to destroy women’s confidence forcing them to live dependent lives. As Fiamengo points out, at the time this statement was published many colleges had already been established specifically for women’s education and many women were making respectable careers for themselves as authors, educators, scholars, and businesswomen.

Or that men denied women’s right to vote. “This is simply not true,” Fiamengo explains. In fact, at that time most men could not vote in national elections – only rich men with property. Poll taxes, literacy requirements, and property qualifications restricted male rights to vote, and enfranchised men acquired voting rights in return for the obligation of risking their lives to defend their country in war.

The declaration also wrongly stated that men could seize a wife’s property and wages but a Married Women’s Property Act had already been passed in the New York state where the declaration was first declared, a fact the feminists conveniently ignored.

“The Declaration of Sentiments was a declaration of war,” pronounced Fiamengo, explaining this important document used the same strategies of vilification that is found in war propaganda. “In this case, the enemy consisted of women’s fathers, brothers, sons and husbands,” she added.

But what about Britain’s brave suffragettes? Fiamengo reveals Emmeline Pankhurst and her woman’s suffragette movement have a very dark history, having used militant tactics that included vandalism and violent protest such as firebombing the homes of members of parliament. As for their much-lauded achievements, Fiamengo points out that throughout the 19th Century, subjects on which women agitated for reform – like women’s higher education, changes to divorce law and child custody, women’s property rights, age of consent – saw an all-male parliament quick to act.

When it comes to the right to vote until the later nineteenth century the vast majority of British men lacked that right. But voting rights were steadily being extended throughout this century. In fact, it was WWI that decided the matter of suffrage, with women’s service on the home front – their work in munitions factories and farms – which changed public attitudes towards women, and in 1917 a vote sailed through British Parliament to extend the franchise to servicemen who had previously been voteless and to women aged 30 and above. “Feminist activists like Emmeline Pankhurst and her daughters, now considered the great heroines of the noble suffrage struggle, contributed little or nothing to the victory,” concludes Fiamengo. Pankhurst and her fellow suffragettes did play a crucial role in the outrageous White Feather campaign, where women humiliated men who were not in military uniform.

Another lasting contribution from these pre-war feminists was their anti-male sexual disgust. Vilification of all men as sexually depraved was a central plank of early feminism, encapsulated in the suffragettes’ double demand: Votes for women and Chastity for men! Fiamengo provides ample evidence of the early feminists’ hate-filled rhetoric and sneering attitudes to male sexuality – quoting, for instance, social purity activist Frances Swiney’s comments on “a selfish, lustful, diseased manhood” which “sought in woman only a body”.

This sowed the seeds for anti-male sexual revulsion, which for many men led to male sexual guilt, self-loathing, and deference to woman’s moral superiority, one of the major feminist legacies of the past 150 years, according to Fiamengo.

Could men rape their wives in the 19th Century? Well, a man could not be criminally prosecuted for this act but it certainly wasn’t true that marital rape was accepted or that its harms were ignored, says Fiamengo, detailing the legal history whereby a wife at that time was understood to give consent to sexual relations just as men had contractual obligations including being responsible for all his wife’s debts, even if that landed him in prison. The moral harm of marital rape was in fact widely acknowledged and family members frequently intervened in cases where it became known a man was abusing his wife.

So, it goes on. Fiamengo’s expose of these misrepresentations of our social history has important lessons for us all. It’s a real step forward that this impressive scholar will have the opportunity to enlighten a larger audience about what she has discovered. She concludes a recent video with the forlorn words:

“It remains to be seen how much longer we will be willing to allow public conversations to be dominated by a female supremacist ideology – while still justifying and whitewashing its origins.”

Janice Fiamengo, through her videos and substack blogs, is doing her best to ensure those conversations change very quickly. 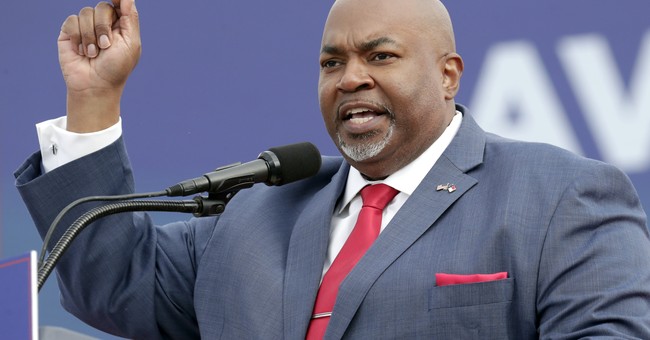 N.C. Lt. Gov.: Like Slavery, Abortion Is ‘Not Compatible’ with America 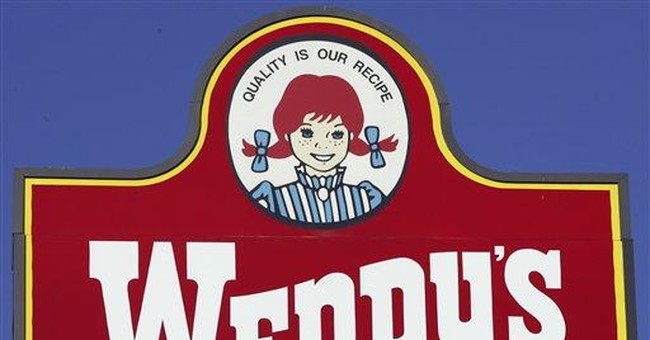 Our Future Leaders: 22-Year-Old Destroys $8K Worth of Equipment When He Can’t Leave Work Early 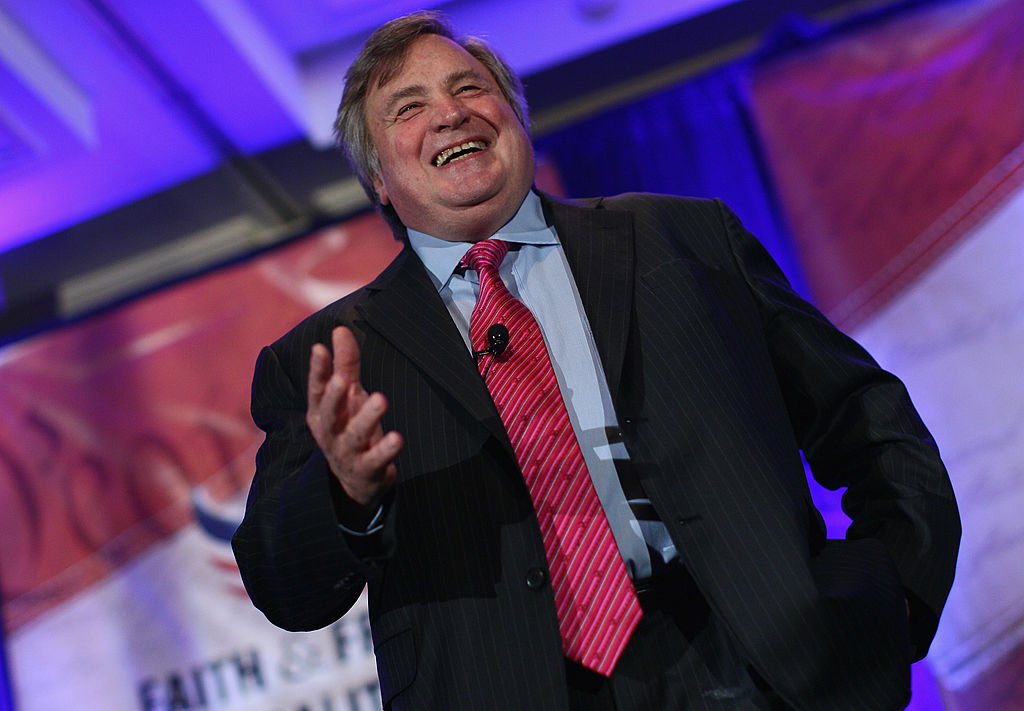 Clinton Adviser Says Classified Docs Scandal Dooms Biden In 2024: ‘Anybody That Breathes Can Knock Him Over’