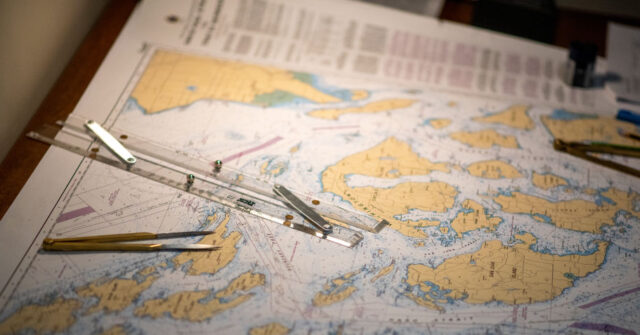 Even as the British government considers alternatives to the fragile GPS systems that power everything from smartphones to warships, the British authority which is responsible for mapping the oceans is set to dispense with traditional paper charts, pushing ship’s navigators worldwide to digital instead – a move a leading naval expert has called shortsighted.

Navigational charts, the extremely accurate plotting of the sea floor and above-surface navigational hazards and landmarks with which mariners have kept their ships safe and on course for generations, are to be phased out within years, the British government office responsible for producing them has announced. Yet the push for digital, which the United Kingdom Hydrographic Office (UKHO) announcement on the matter makes clear is a cost-cutting exercise, comes as the satellite-based replacements for traditional navigation are dramatically revealed as deeply fragile by Russia’s war in Ukraine.

Global Positioning Satellite (GPS) systems work by a ground-based receiver triangulating its own position by receiving signals from passing satellites which contain atomic clocks. Yet this service relies on the receiver being able to get this information from the satellites clearly and because the data is transmitted by radio it is relatively simple to block the frequency and render the device blind.

More alarmingly, a sophisticated attack can even mimic the satellites and spoof a location, causing the device to believe it is somewhere else.

This is not mere speculation. Even before Russia’s surge in Ukraine, GPS spoofing has been within the technical competence of the more determined sort of university student and the modern, digital navigation equipment of ships transiting the Black Sea mysteriously malfunctioning in the past suggested the Russians have been testing an anti-GPS weapon for some years.

Now war in Ukraine is back, Russia — and quite possibly Ukraine — are jamming GPS and other navigational signals to deprive their enemy of navigation and weapons targeting.

With disabling computer-based navigation systems clearly an emerging element of modern warfare, Royal Navy Rear Admiral (retd.) Chris Parry told Breitbart London this seems like a bad time to withdraw the traditional back-up means of keeping a ship in a warzone on course.

“We all know what happens in combat. The first thing that happens is that the technology on which you rely in peacetime suddenly does not want to play, either because of a glitch or because of enemy action”, said RAdm. Parry, adding that “recent examples and developments in cyber and electronic attack have accentuated and enhanced this risk”.

The retired naval officer, who fought in the Falklands War, told Breitbart: “Manual reversion and skill retention in the event of technology failure are essential in combat and damage situations”.

Besides the fragility of GPS, RAdm. Parry said there were other reasons to retain paper charts: “The Admiralty charts are world standard and works of art in their own right.  We should not forget the fragility of digital products and documents as artefacts of record.”

Ultimately, Parry suggested retaining the skills to navigate by low-tech means even when high-tech options are available — but can’t be guaranteed to the military in wartime, or even to civilians in the wake of an attack on critical infrastructure underpinning such systems — should still be required learning for seagoing officers with responsibility for navigation.

The move by the UKHO to withdraw paper charts by 2026, enabling this by creating “a pathway that enables a transition to digital charting products”, stands at odds with the British government’s own concern about the robustness of digital navigation in a time of conflict.

As The Times reported in May, the Defence Procurement Minister sounded the alarm over GPS jamming, with both the United States and the United Kingdom looking to alternative backup systems.

A harder-to-block alternative to satellite-based navigation is ground-based transmitters, which can be broadcast at much higher power, and more powerful systems can be harder — if not impossible — to jam or spoof.

One legacy ground-based system that was once on the verge of being phased out is LORAN-C, which predates GPS by 20 years.

The importance of having backups to GPS was recognised in the U.S. and senator Ted Cruz sponsored a National Timing Resilience and Security Act in 2017. The act, had it become law, would have required the “establishment, sustainment, and operation of a land-based, resilient, and reliable alternative timing system to Global Positioning System (GPS) satellites… for military and civilian users if GPS timing signals are corrupted or otherwise unavailable”.

As the Daily Telegraph notes, the UKHO’s paper charts that now face being phased out are used by “90 per cent of ships trading internationally” and many digital navigation devices used at sea are explicitly not replacements for paper charts, but are navigational aid supplements to them. By the UKHO’s own account, they are the “Primary Charting Agency for 63 coastal states and territories” — so these changes will have considerable impacts worldwide. Government Bloatware was not part of our 1st operating system 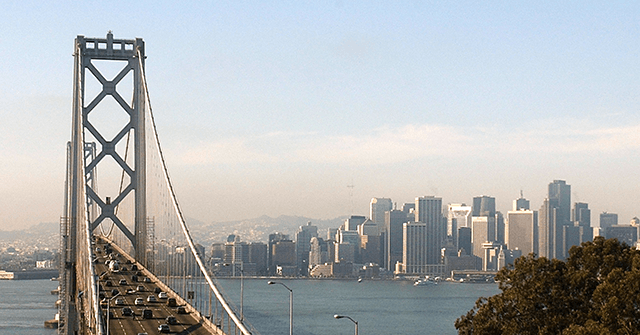 Don’t like definition of recession? Biden will simply change it 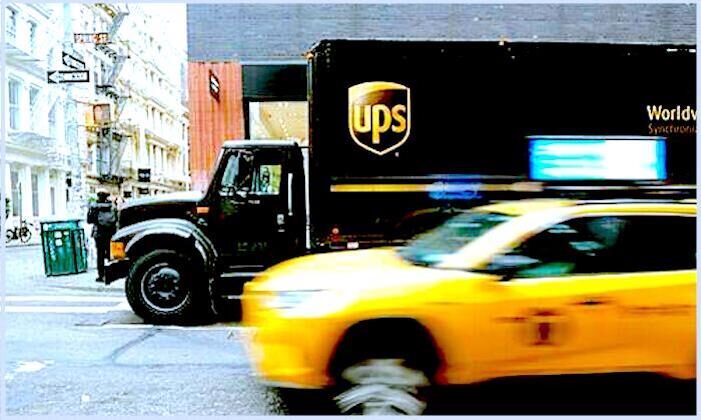